Awaking last Monday provided an interesting challenge for my mind; Thailand is a 13-hour difference from Colorado (14 hours now that Daylight Savings has ended). A full day was dedicated to recuperating and getting oriented—though even after a week my body has yet to fully adjust. We were fortunate to have found ourselves as guests with a family friend in Nichada, an expatriate community in a northern suburb of the sprawling capitol. Within the gated community existed everything one might find back home, including a Starbucks where Sarah and I enjoyed coffee, a newspaper and some quiet in the tropic humidity.

Our first foray into downtown Bangkok was Tuesday. While still in the taxi, one quickly realizes traffic laws hardly exist here as our driver pulled fully into the oncoming lane to bypass gridlock. (Peering out the window, traffic lines seem matter not: extra lanes exist as drivers routinely push through even the smallest of openings.) Once on foot in the shopping district, the word “endless” best describes the people and stalls containing everything from food to cheap knock-offs to high-end gear. Returning to a peaceful residence helped counteract the near-overwhelming feeling. 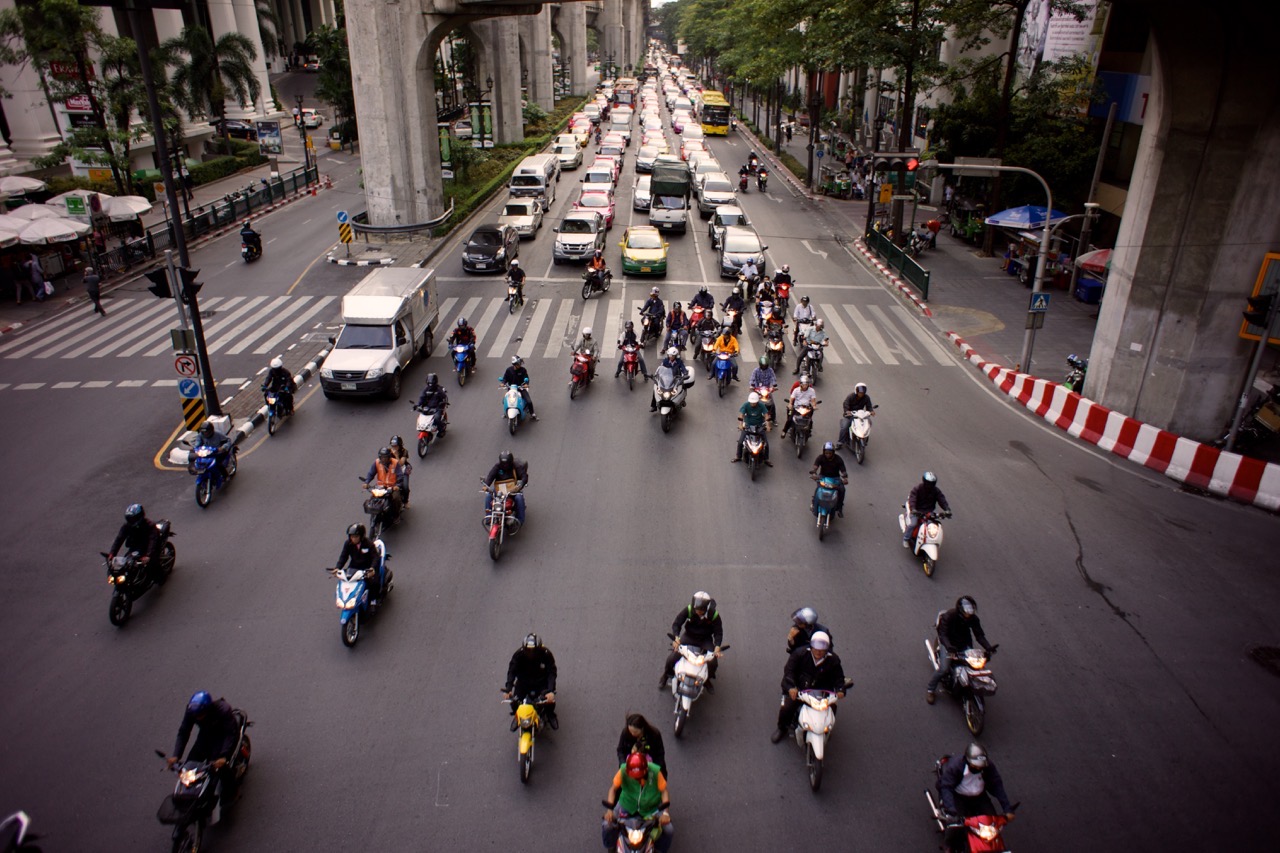 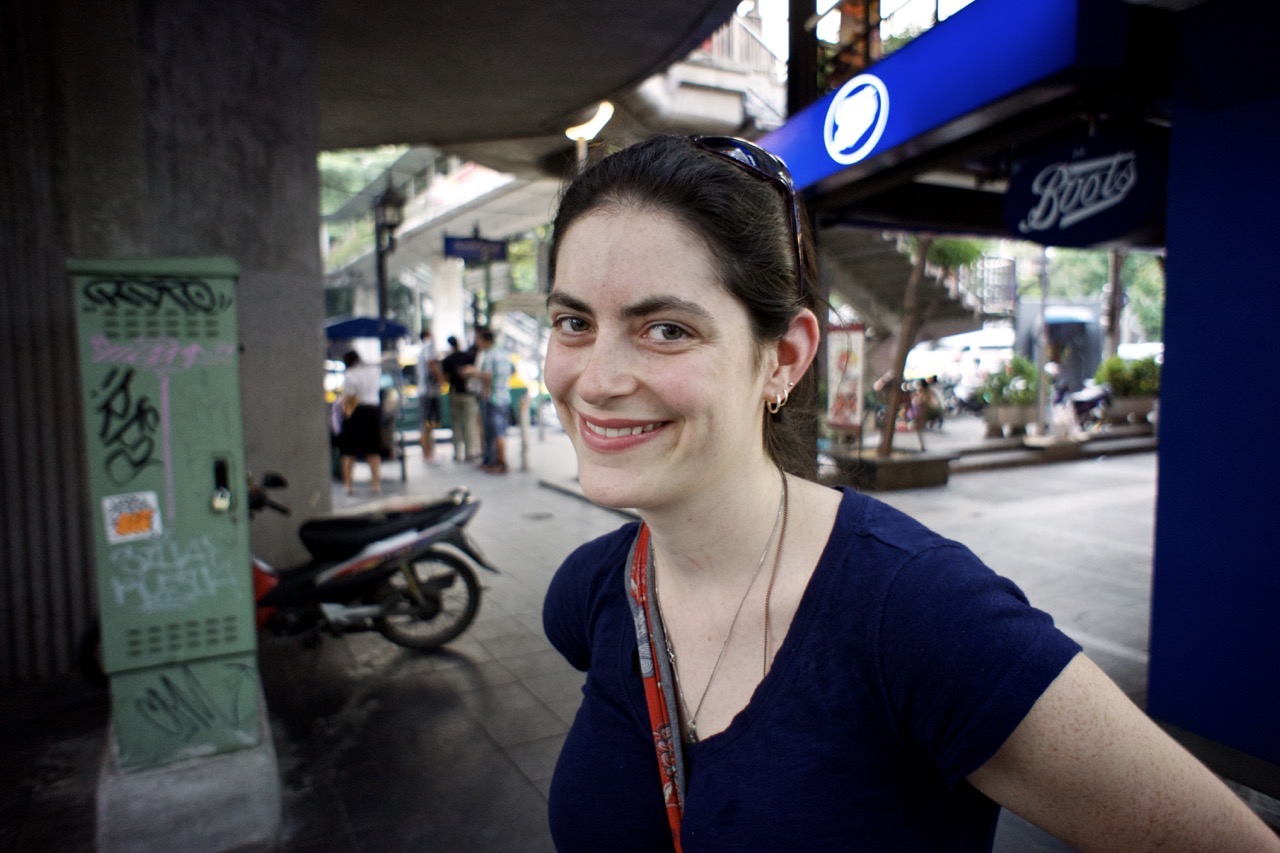 Wednesday we explored the Grand Place area, including many buddhist temples. I found the decadence a stark contrast when seen beside the seeming poverty of many within the city. But the many buddhist statues were fascinating, themselves almost endless. 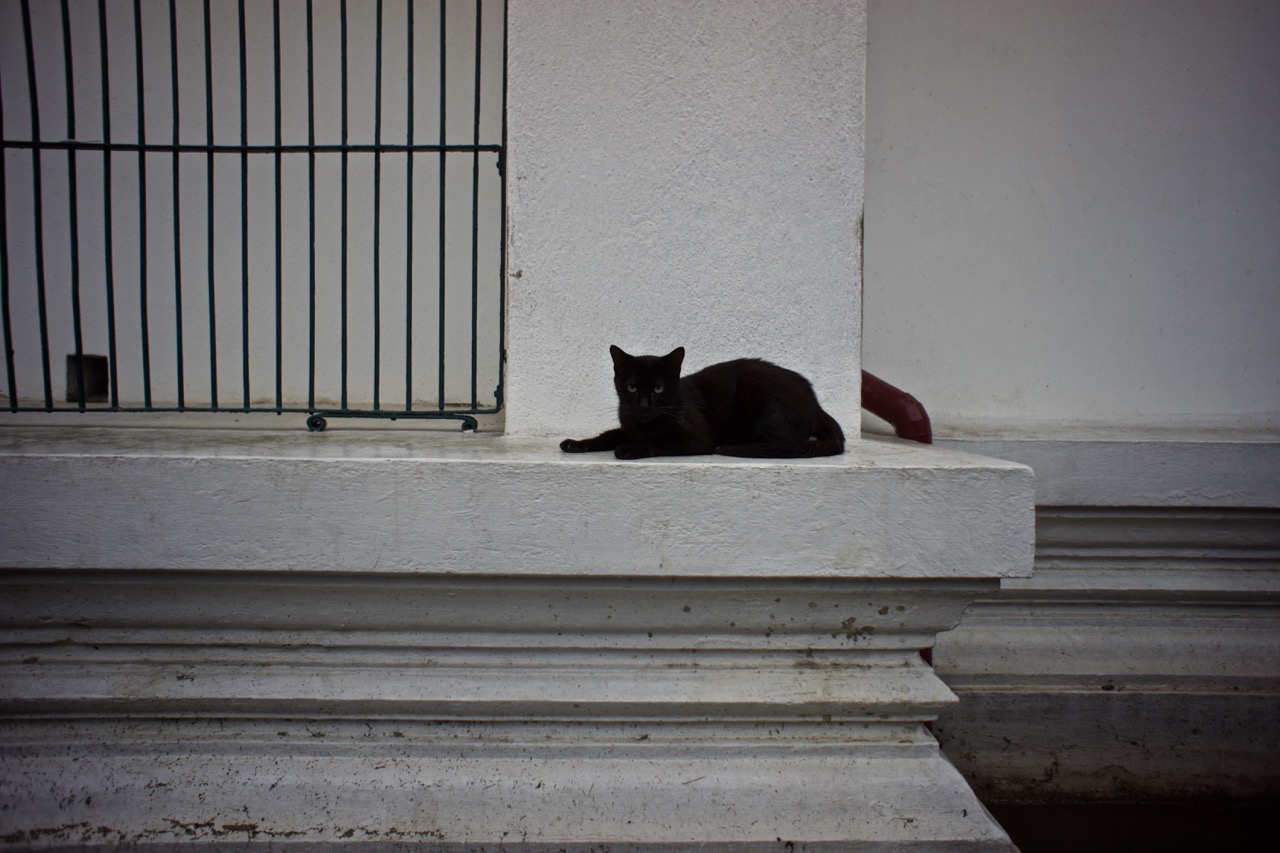 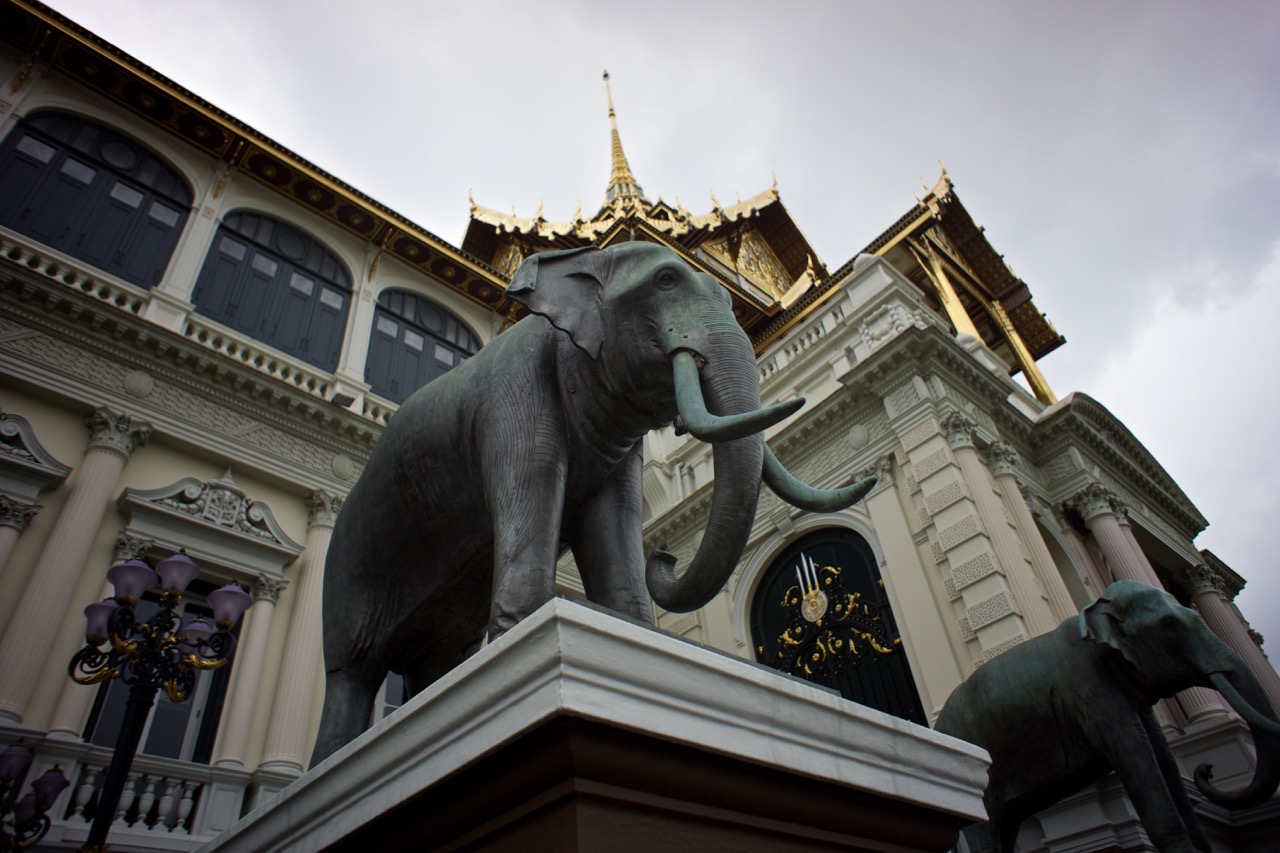 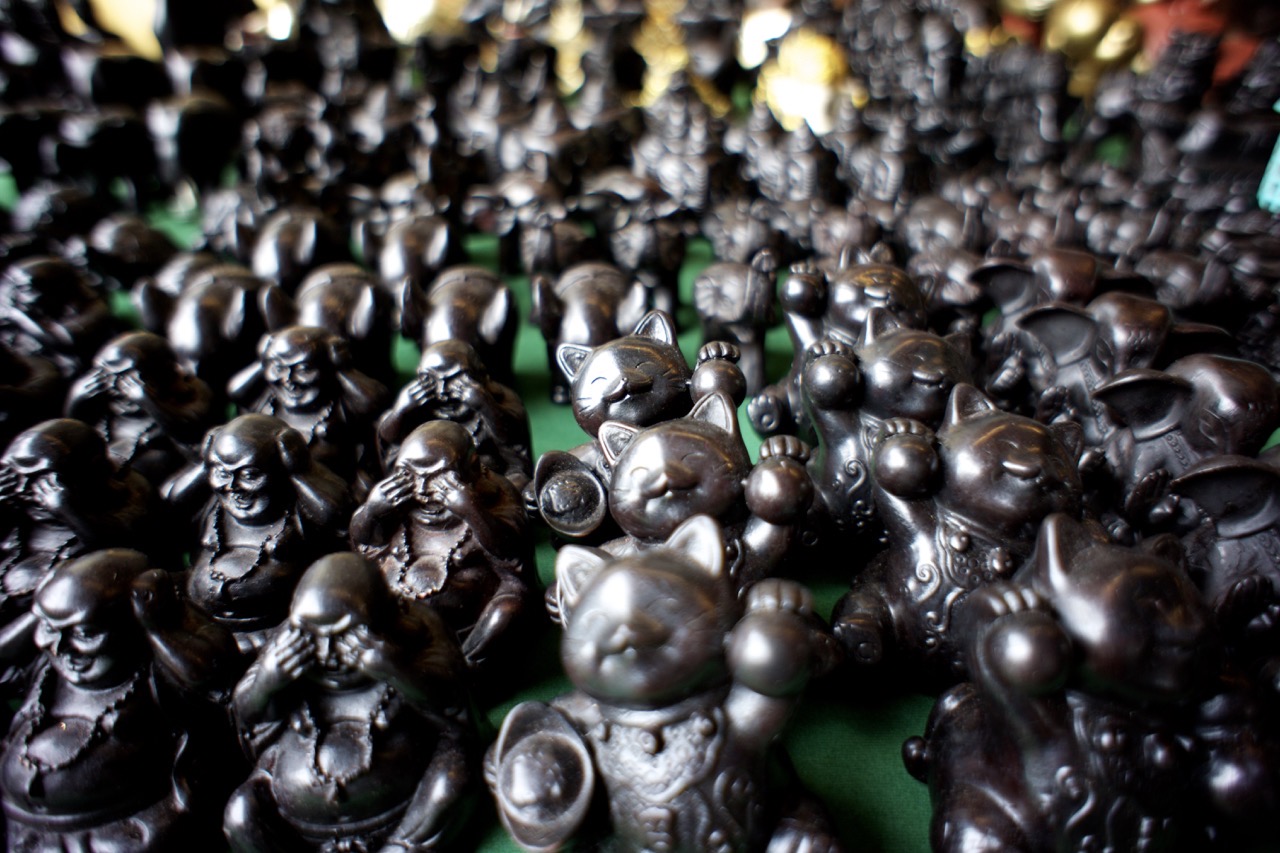 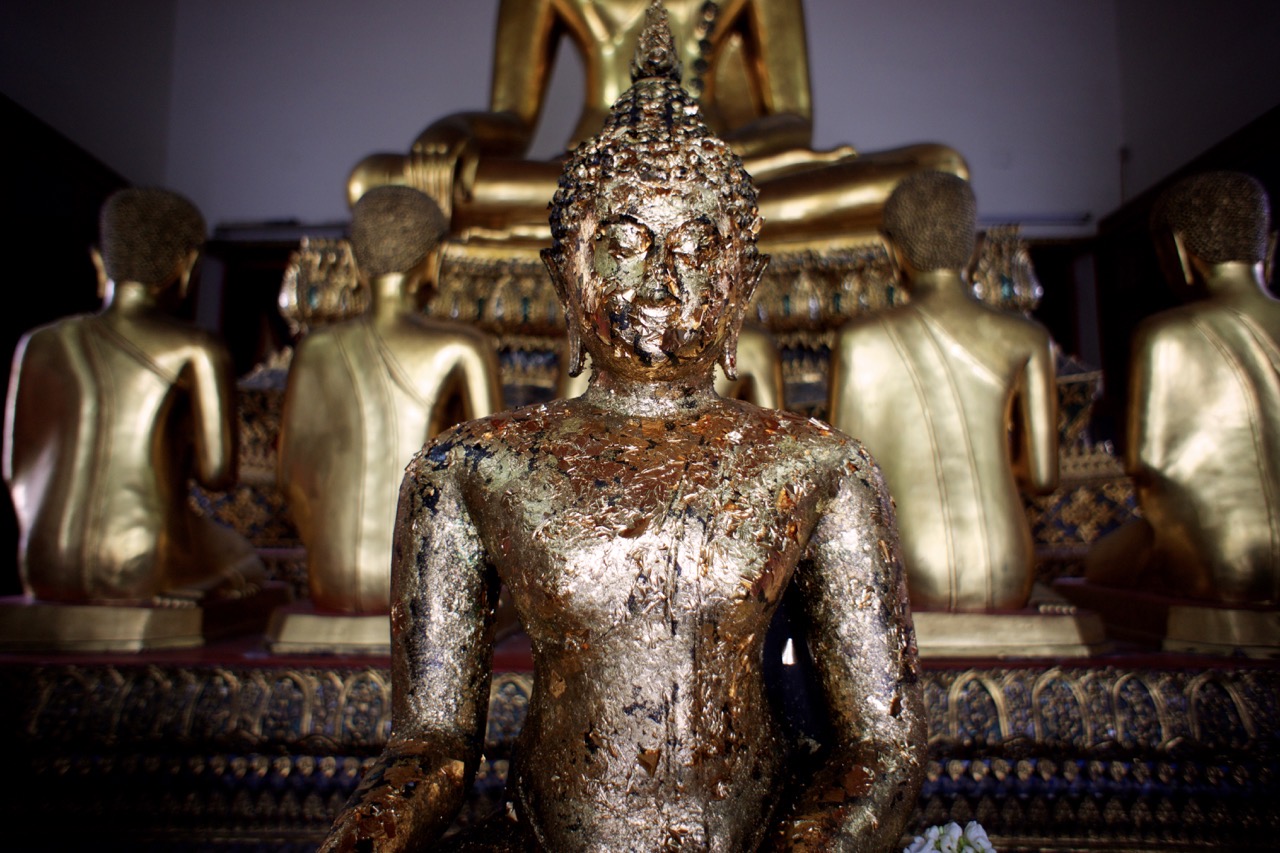 Thursday was our first visit to Khaosan Road and an opportunity to visit an old friend. Wandering about another area of downtown was exciting and overwhelming, this time with many attempting to sell me a new suit or a tattoo. After a block or two, however, we were merely wandering downtown Bangkok with few peddlers approaching us. That did not stop random strangers from approaching, many speaking broken English and making conversation—then providing extensive instructions for cheap tuk-tuk (rickshaw) rides to various “sights.” (Later when reading a guidebook, we found this to be a common introduction for scams.) The evening provided a familiar face when we met with Austin, an old friend from Colorado living in Thailand, who brought us and his friend Kevin to a fantastic alley where we enjoyed fresh street food. 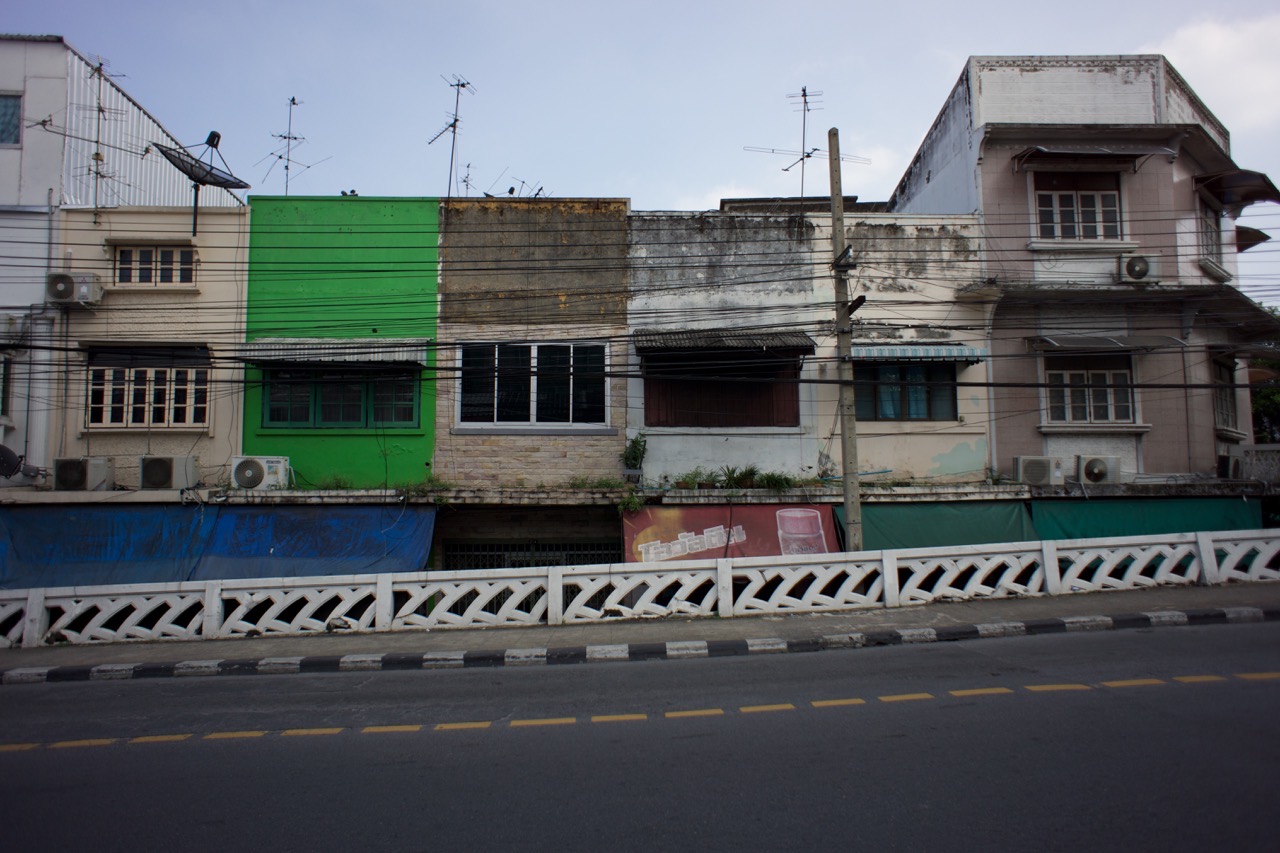 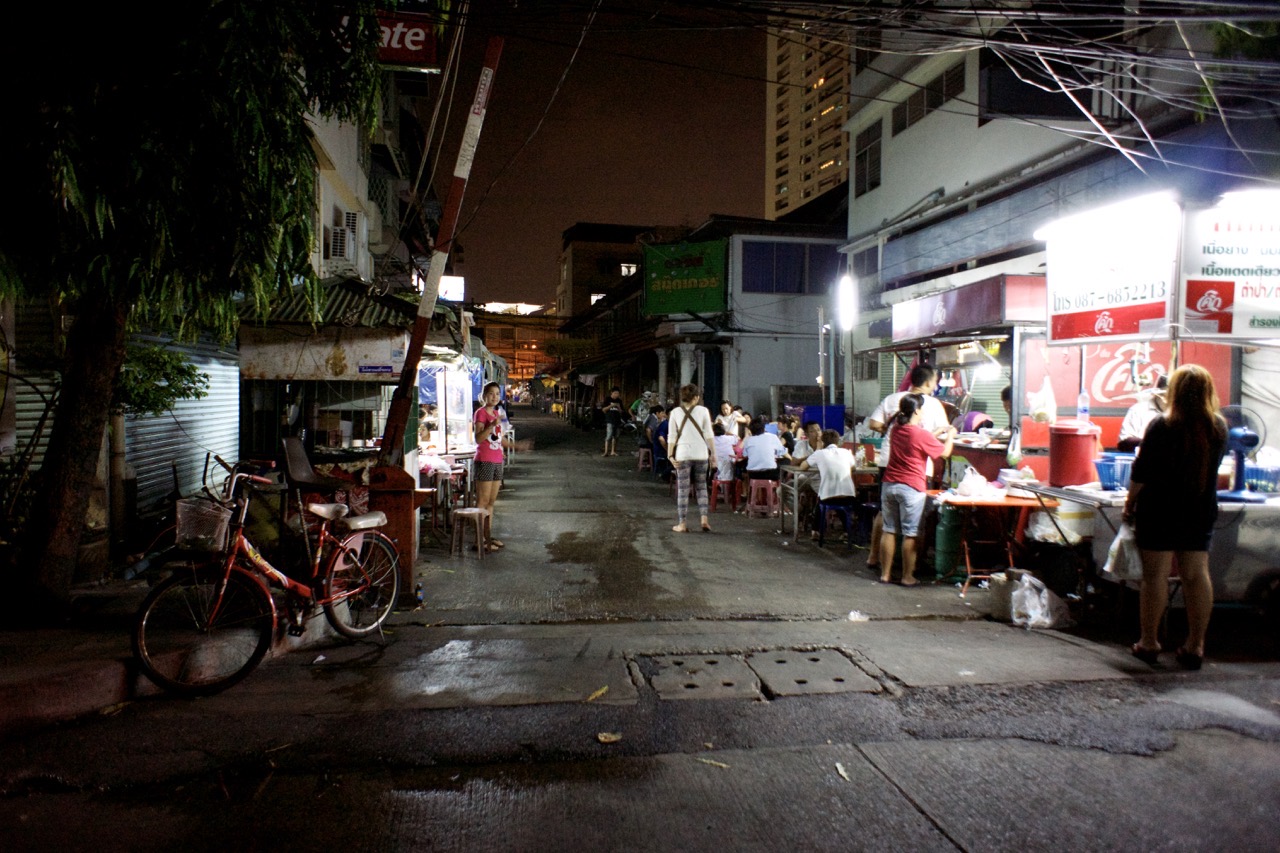 Shortly after dinner while grabbing drinks came a small adrenaline rush when a very drunk motorcyclist crashed his bike into the bar. Thankfully he was (mostly) okay. 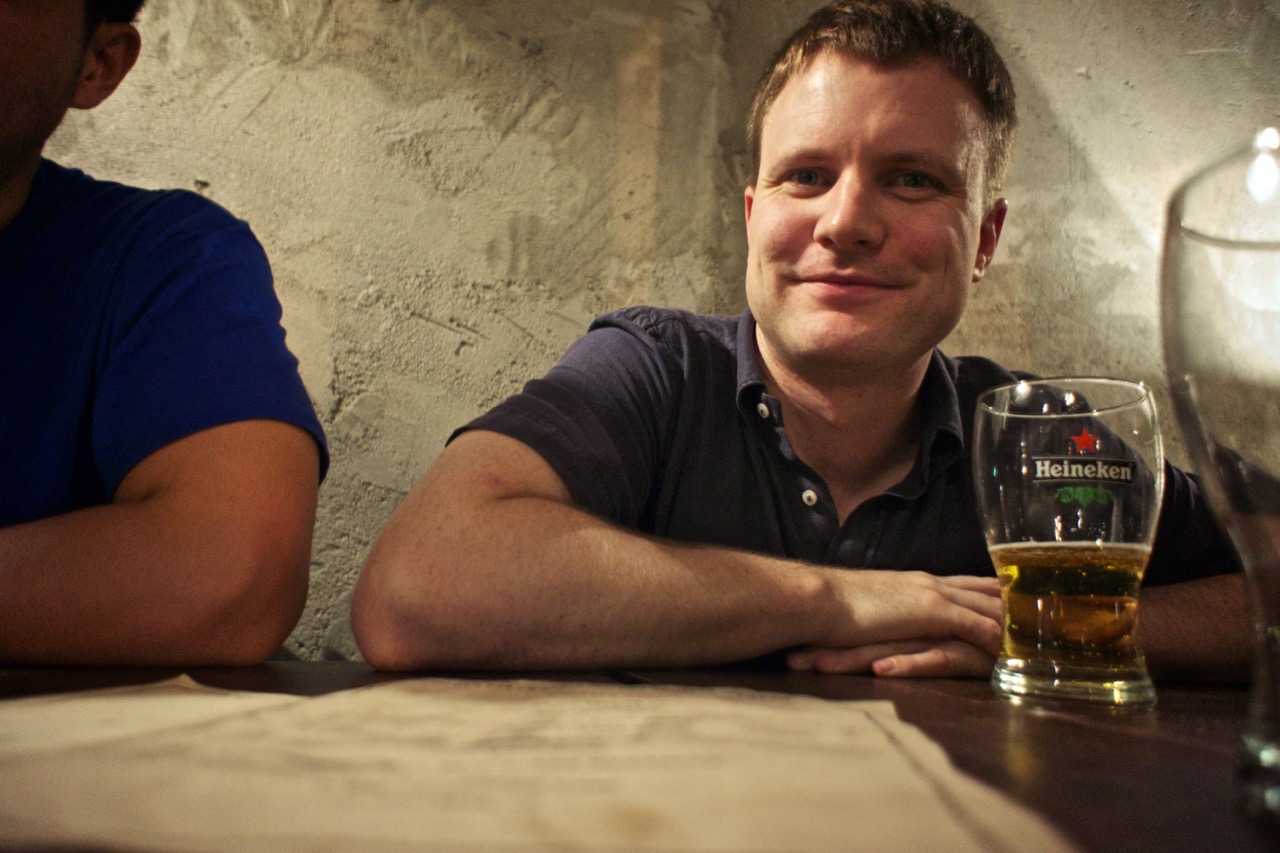 Friday was further acclimation and taking a breath following the commotion of the previous few days.

The weekend was spent downtown. Sarah and I are staying at Khaosan Palace Inn directly along the central road for backpackers in Bangkok. Plenty of stalls and various street food—including fresh fruit and juices—exist immediately outside our room. 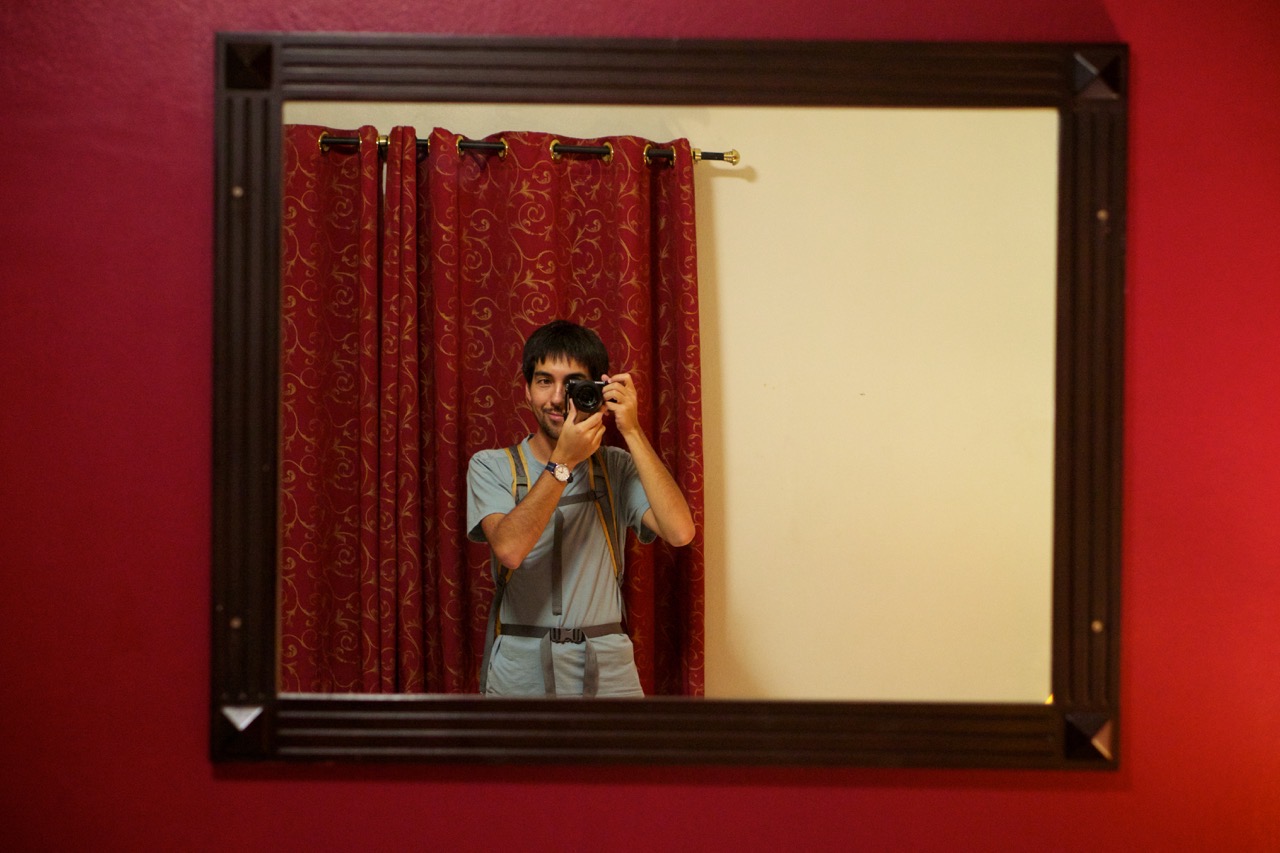 Having explored the various shops, we also made a trek to Chinatown this afternoon for a different experience. While Khaosan had clothing and suits, Chinatown had electronics, knives and watches. 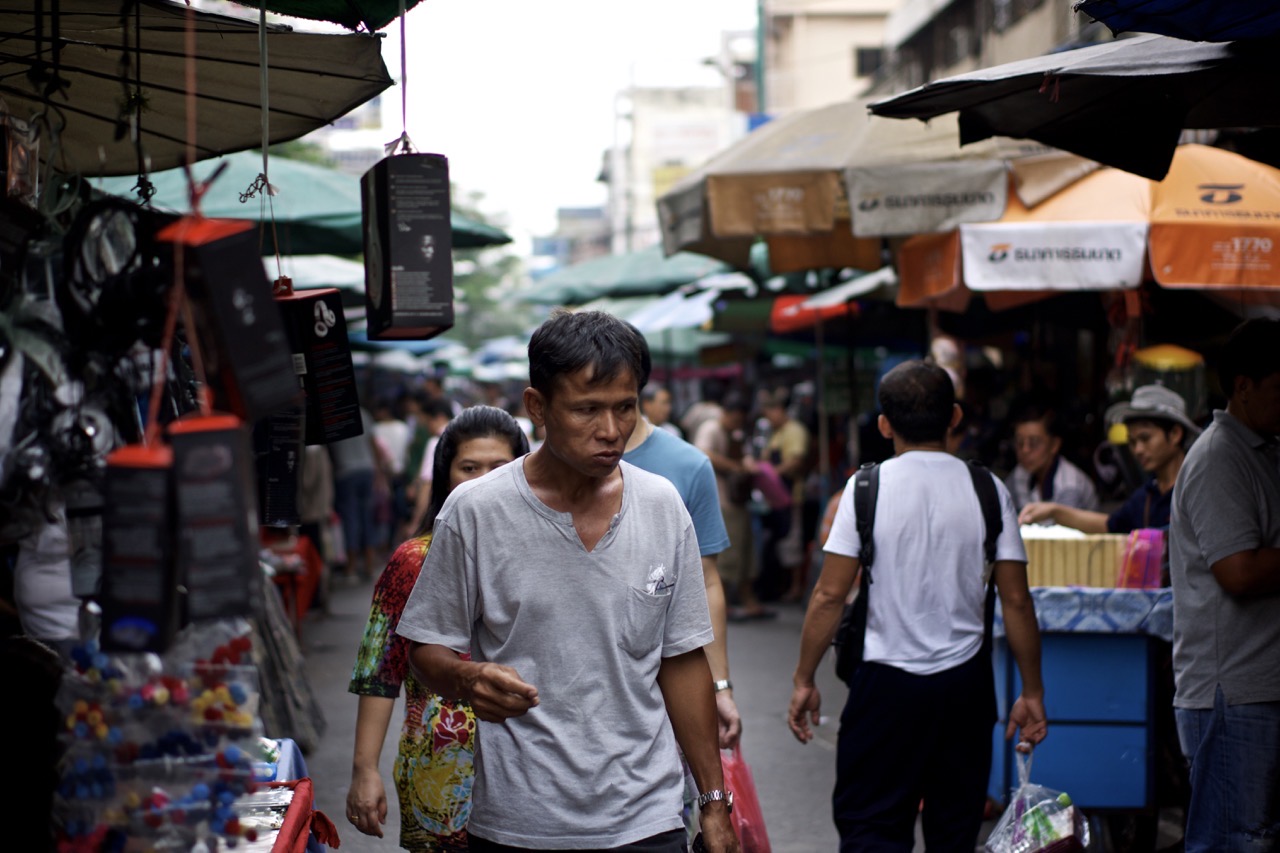 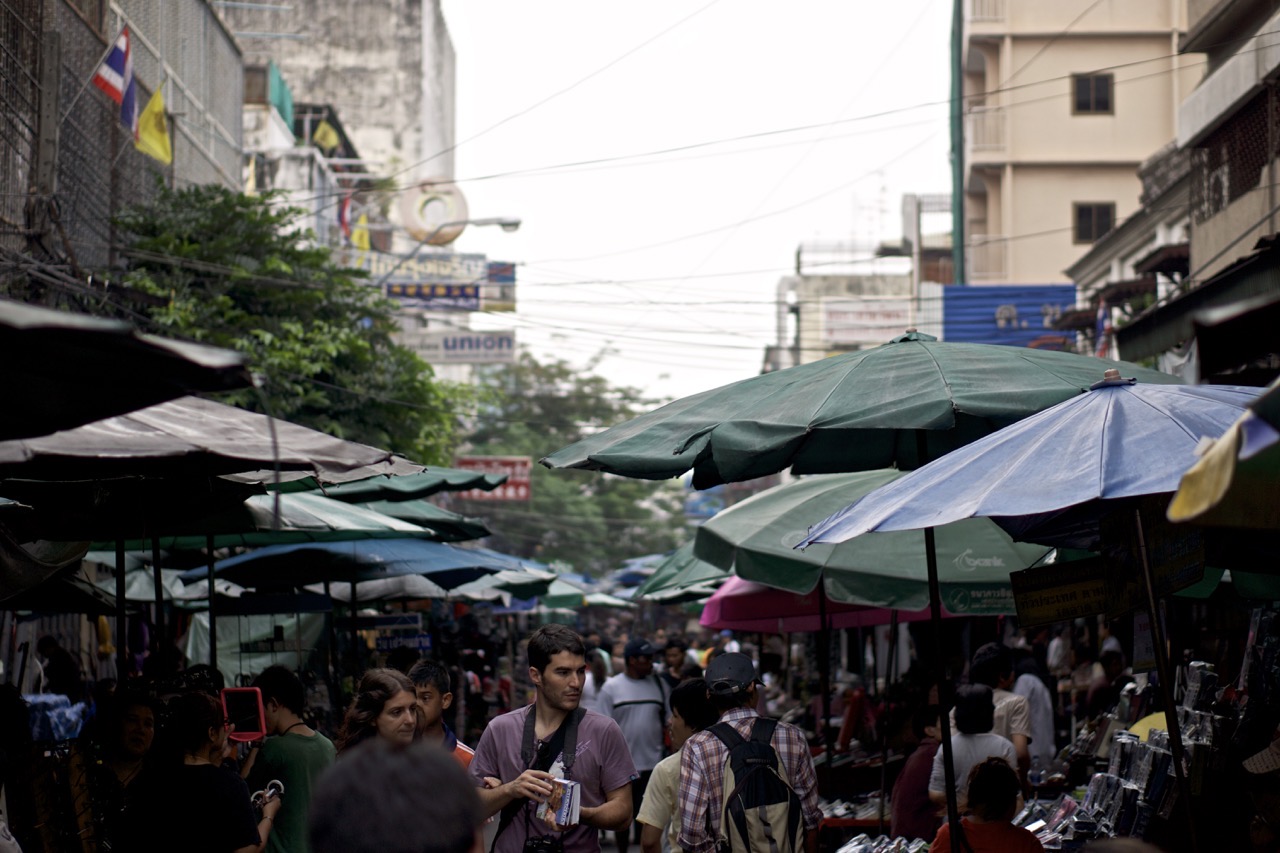 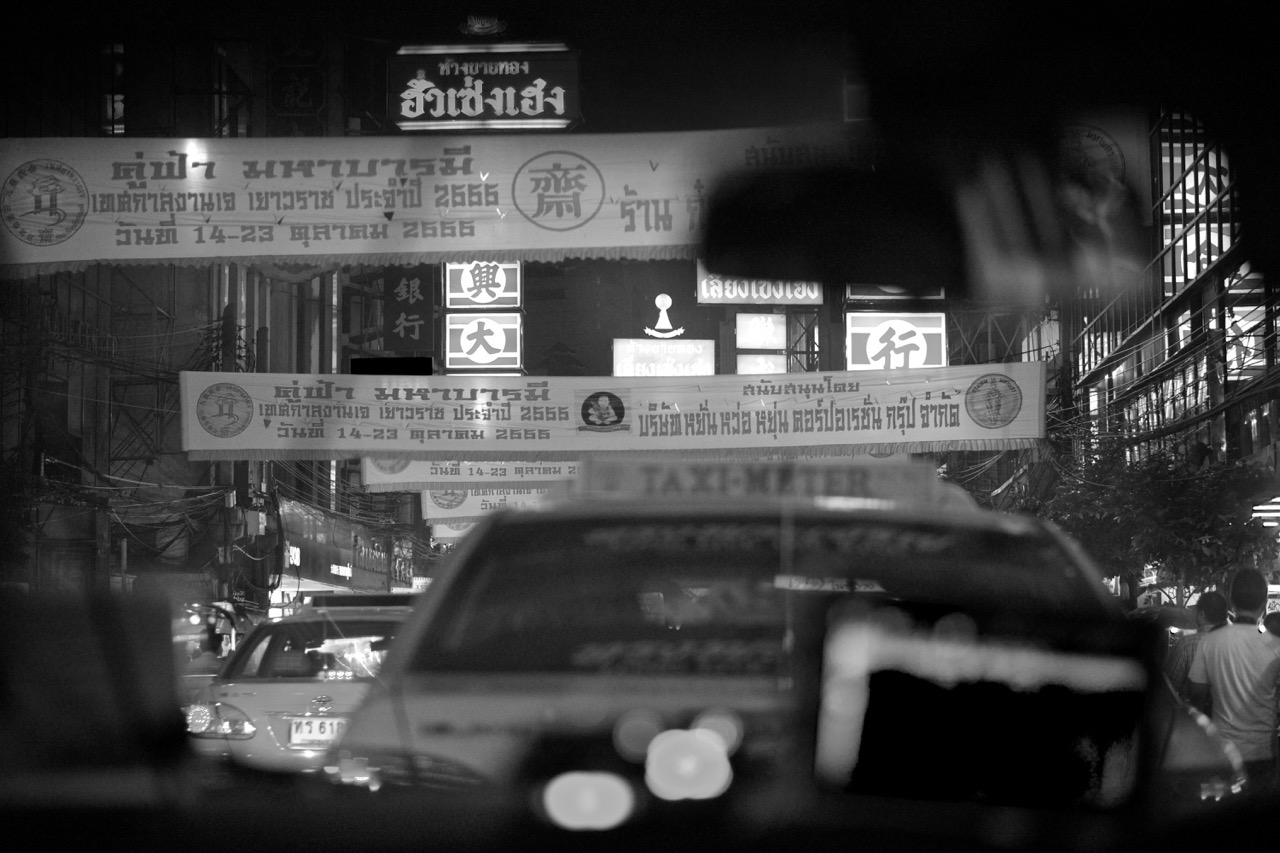 Week one is complete and I am exhausted; from culture shock to exotic food to jet lag to language differences, I find myself nearly overwhelmed constantly. Perhaps never have I found myself feeling so lost in translation, struggling to communicate simple ideas. And yet so much of what I have seen keeps me excited for whatever else I might find: delicious food, interesting sights and smiling people. Never underestimate the power of a little positivity and a smile.