Experiencing the unity of cultures present in Hong Kong was truly a delight. As I have never learned Chinese (neither Cantonese nor Mandarin) I often feel lost in aspects relating to China; yet Hong Kong’s past has created a mixed culture in which Chinese and English exist in harmony. East unreservedly meets West. Wandering the streets, cultures mix in a way that I have never before witnessed.

Visiting Hong Kong was absolutely incredible. In many ways I feel overwhelmed just thinking back over the past week. From exploring a new city to experiencing new cultures to enjoying food and meeting family, this week is undoubtably my favorite thus far in my travels.

Hong Kong lies somewhat between country and city, between East and West. A Special Administrative Region (SAR) of China, Hong Kong retains privileges nonexistent in the rest of the mainland; it seems very much aware of its own growth and destiny having invested heavily in infrastructure and public spaces. From the moment of arrival at HKG (Hong Kong International Airport) it became clear the scale upon which it operates. In a single phrase: immense capitalism. Wandering the airport—where we crashed for a few hours after landing before heading downtown—we found not only endless rows of shops and restaurants but also an entire IMAX theatre! Sunday’s trip on the MTR (metro) from the airport to the urban downtown of Hong Kong Island showcased the massive public transportation which also includes double-decker buses, ferries and trams. We walked all throughout Central on elevated walkways designed to protect pedestrian traffic; the Mid-Level escalators proved quite enjoyable, so long as we were headed the same direction they moved—down with the morning traffic and up the remainder of the day. Walking from the harbor we explored high-rises and endless shops before arriving at mountains. The skyline itself lit the evening sky from afar. From the moment we truly entered Hong Kong until the moment we left, I found myself absolutely awestruck. 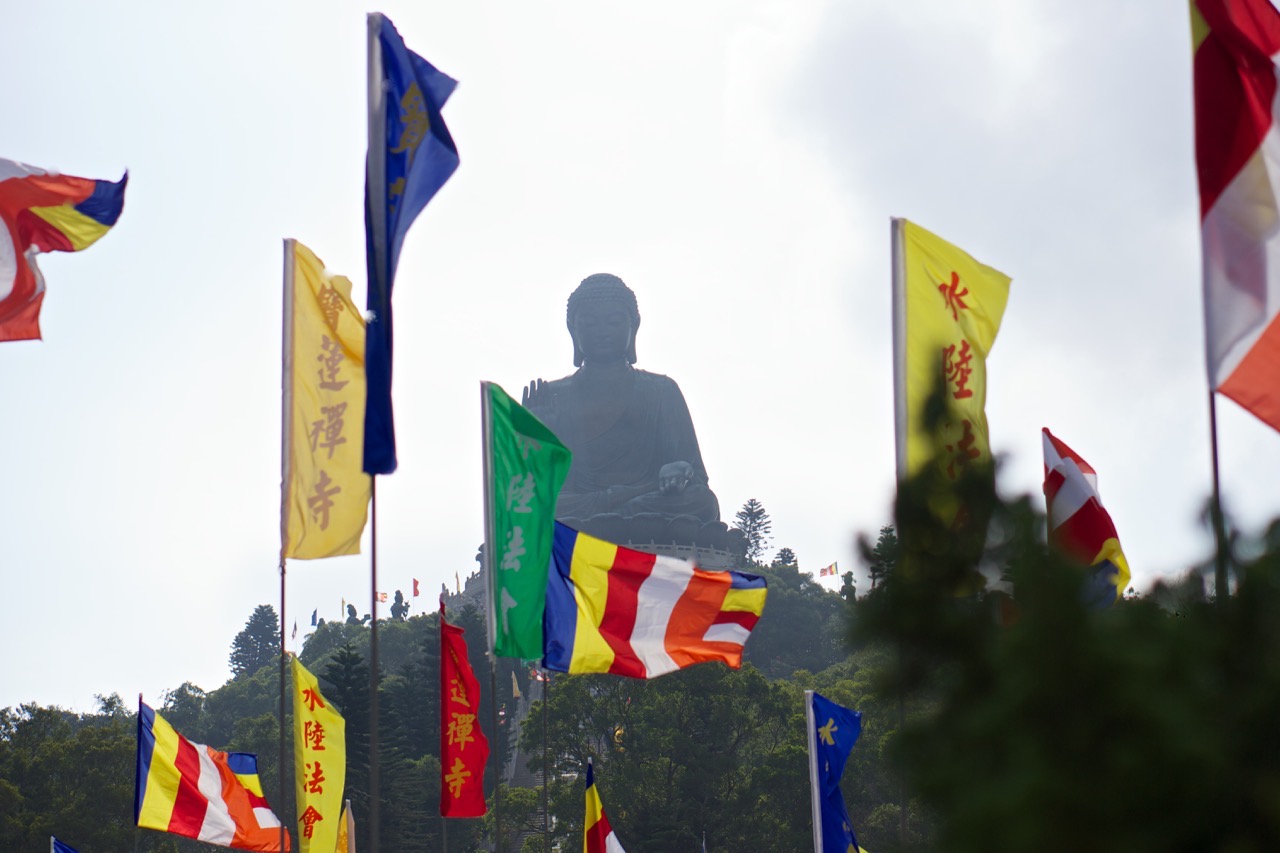 Watching the harmony of cultures, I wondered what makes Hong Kong work when few other places manage to celebrate multiple backgrounds. Signs exist in both Chinese and English. Local places bare a variety of names, again many Chinese (ie Wan Chai) with others most certainly British (ie Queens Road). Street markets and Chinese shops dot the blocks while British sports like horse racing dominate evening activities. 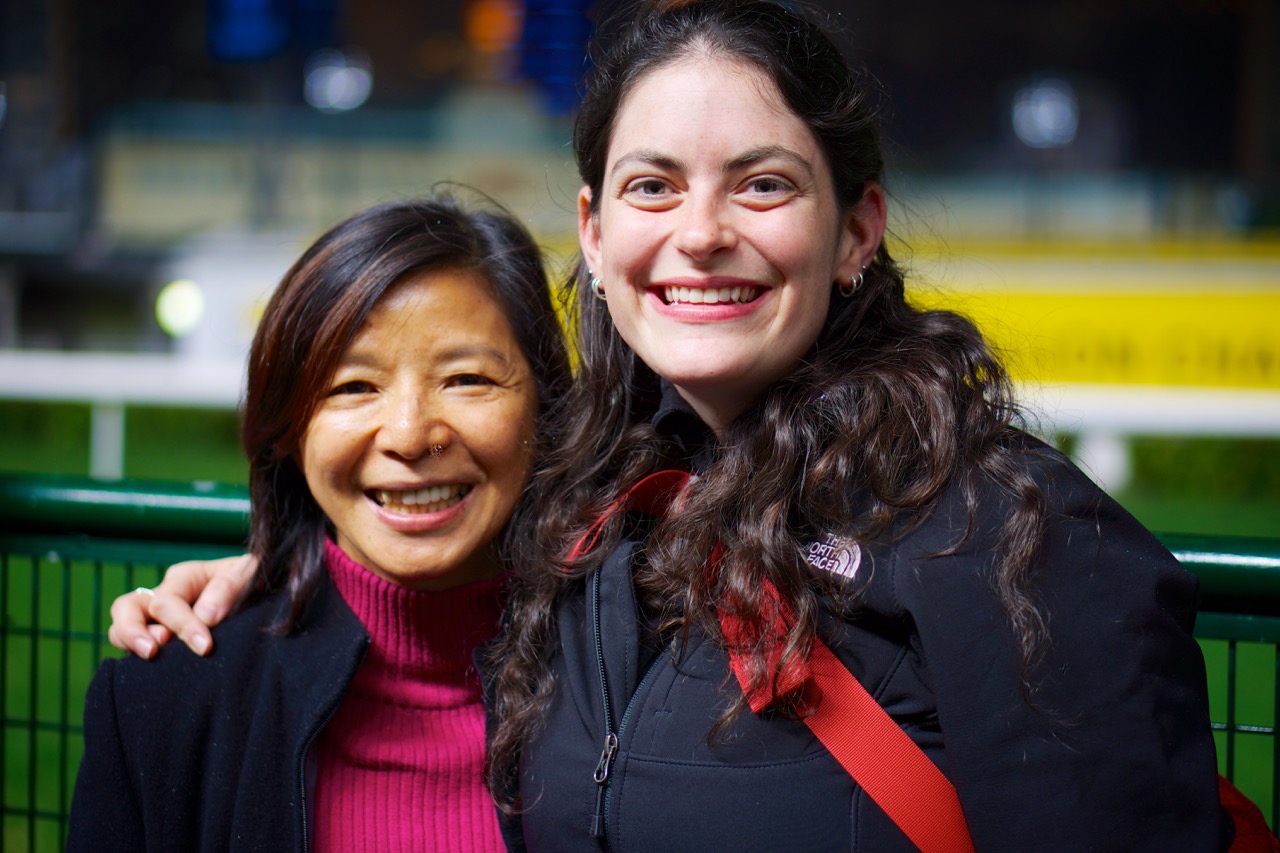 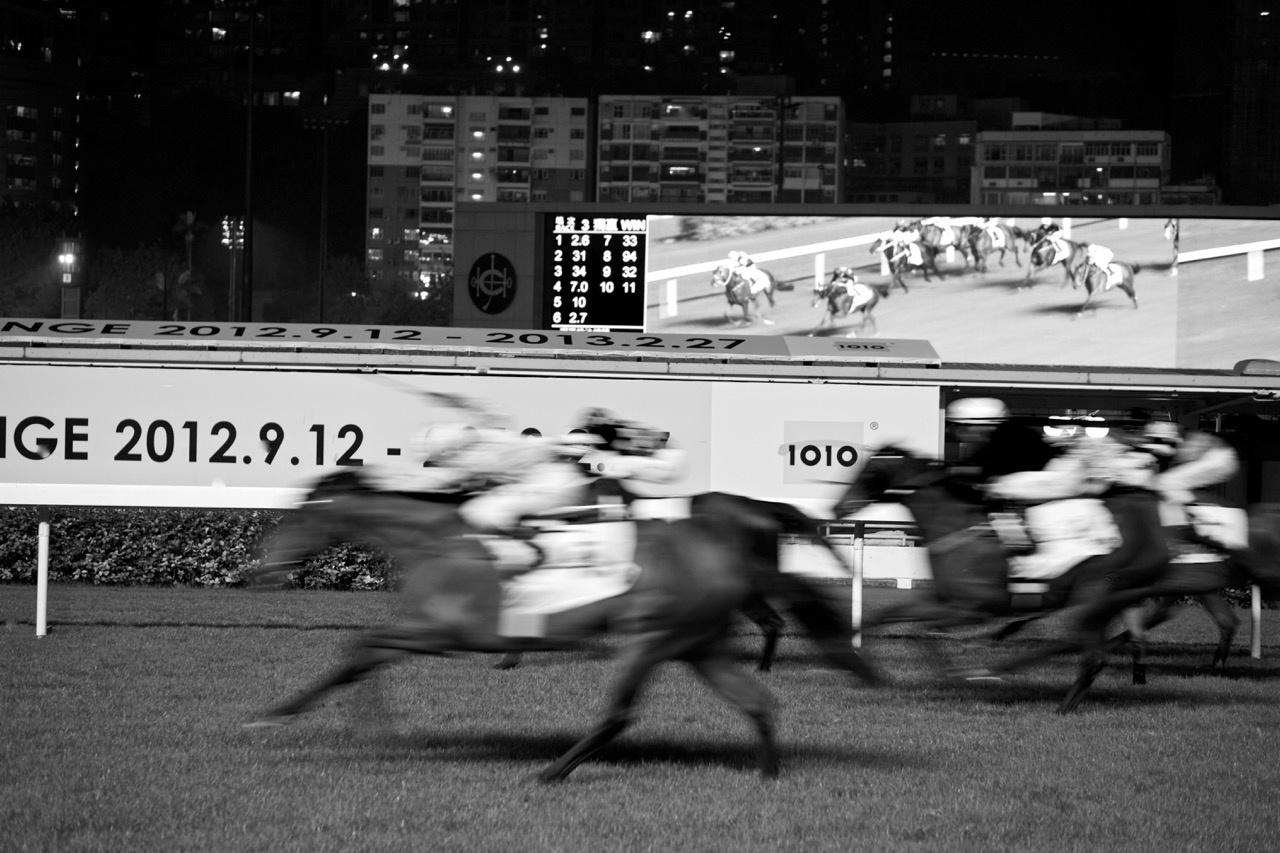 Throughout the week, food also commanded our time. Sunday morning began with dim sum, a traditional meal including many small portions of varying foods (akin to Spanish tapas). Hot pot—in which we cooked our various portions in a gigantic pot of hot broth—was an endless feast. A family friend purchased seafood at a local market which we enjoyed a mere few hours later. We sampled dumplings from all different regions, some fried and others steamed, pork or “shrimps” or vegetable fillings. Wontons and noodles reminded me of when I was younger. Beyond Chinese, we found tasty Indian and Nepalese food and English breakfasts, though the Chinese meals were my favorites. Admittedly, I probably cannot recall much of what I ate, especially being that most menus were almost exclusively Chinese.

More than anything, I am so incredibly fortunate to have connected with Candy, my mother’s cousin who lives in Hong Kong. She took us to eat great food, to explore Stanley Market, to watch horse racing, to ride the Star Ferry across Victoria Harbor and to the top of Victoria Peak to gaze upon the night’s skyline. Her suggestions of visiting the Big Buddha or riding the nearly vertical Peak Tram up a mountain showcased the varying cultural backgrounds in the city. Incredibly gracious and delightful, finding family abroad made this adventure even more meaningful. Without her, my experience would not have been half of what it was. 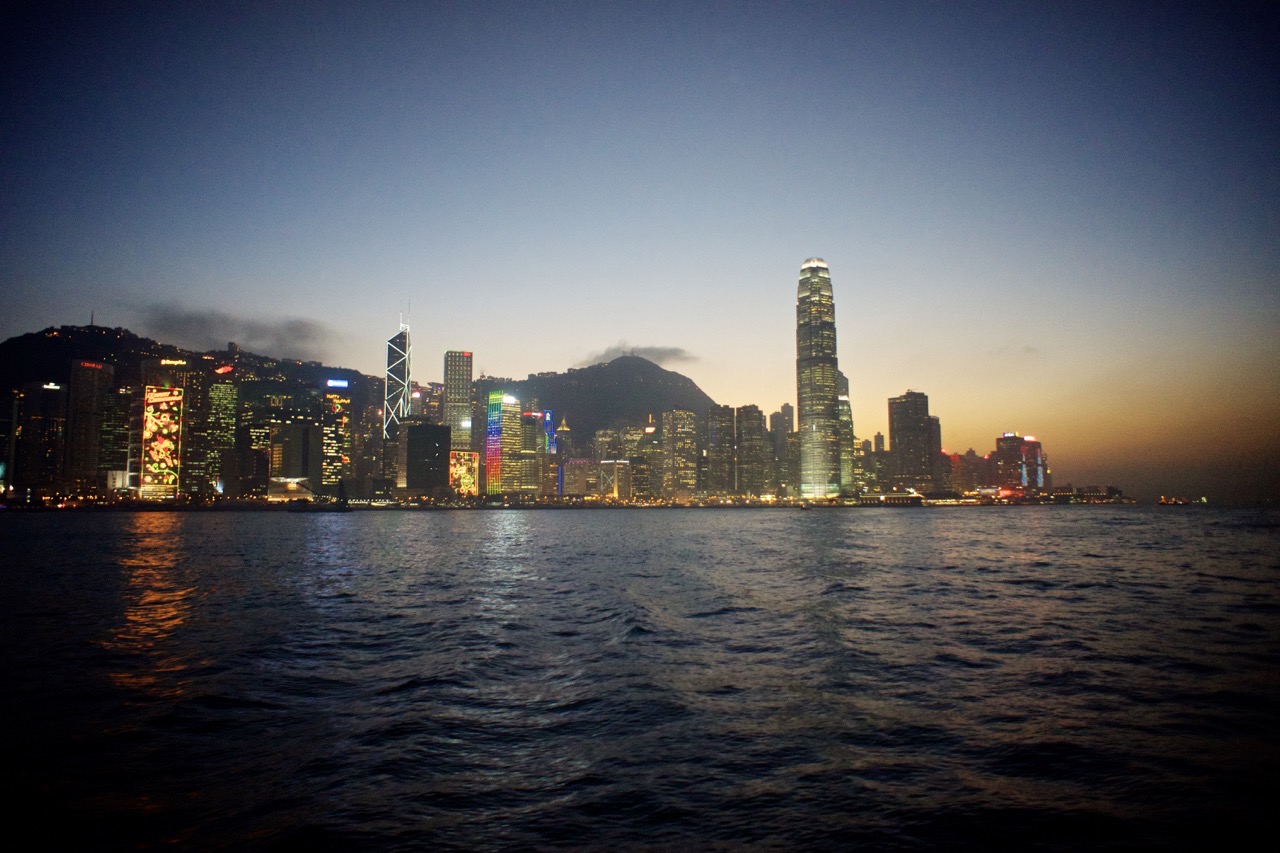 Saying goodbye was the hardest of anyplace my trip thus far. 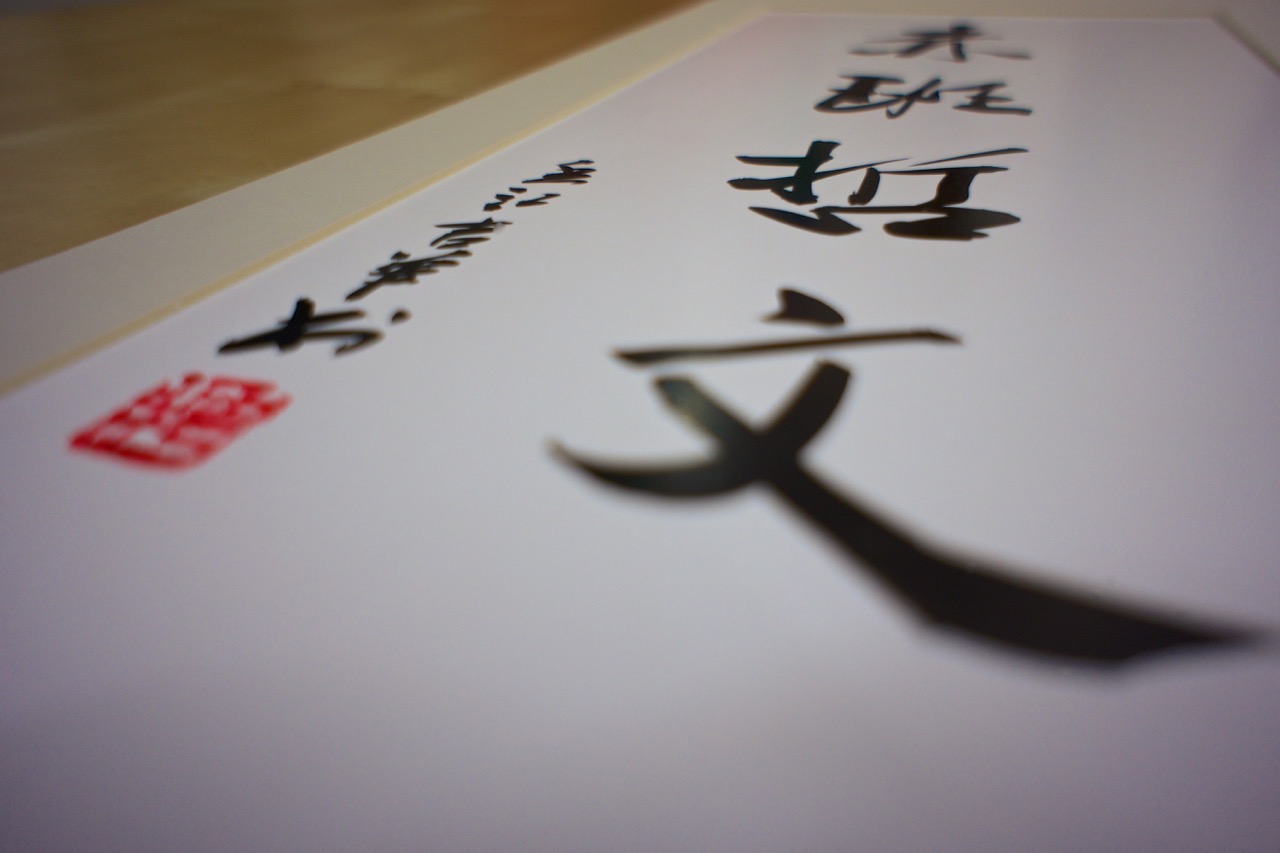