Walking through the door, everyone already seated at the restaurant looked up, staring. As we shuffled to our table in the back of the room, an uncomfortable feeling arose: I was one of two foreigners in the establishment, the other sitting beside me for dinner. Thankfully we had a friend guiding us. But next came the more surprising part; dinner was traditionally enjoyed with merely one’s hands.

Known by locals as “KL,” exploring the capital city of this fast-growing country provided my first experience in a predominately-Muslim country. And even a few days removed from the experience, I am still amazed by the people. This is a developing city, change apparent with every step across broken sidewalks and beside audacious construction undertakings; it is also incredibly confusing to navigate. The LRT (“Light Rail Transit,” or local metro) cost pennies to ride yet was often packed and never quite got us to where we wanted visit; it was also entirely separate from the monorail thereby making trips via public transit that much more complex. Once we became familiar with the immense city, visiting KLCC (the city centre) or Little India became experiences separated as much by people as by wealth. KLCC is a western, modern and clean area full of skyscrapers such as the Twin Towers; western fare dominates the “mega-malls,” indoor pavilions lined with American and European retailers with Starbucks only a few steps away. In contrast, Little India and Chinatown (where we slept) are filled with stalls of street food from banana leaf rice to nasi lemak to satay. Sitting at any of these resulted in a handful of locals cautiously watching, waiting to see if I reached for the provided fork and spoon. But enjoying roti canai and various curries with my hands was a totally new experience. I was quietly reminded that, per custom, I ought handle food with only my right hand; and politely informed that the mark of a good curry is being able to smell it on one’s hand hours after a meal, even after having washed. As ingredients were often tossed onto my plate separately, I mixed each of the portions—the curry, rice and vegetables—by hand. The flavors, smell and textures of our meals were that much more intimate having handled each bite. (Amusingly, not once was I asked how spicy I wanted a meal as I suppose it was assumed I could handle everything present; meanwhile Sarah was constantly pointed to the milder options on the menu though her tolerance is that much better than mine.) Amazingly, the street food was about 11 ringgit for two people—the equivalent of maybe $3.50—and definitely some of the best meals I have had, both in taste and in enjoyment delighting the locals as they asked our assessment as we finished each meal. Walking a stand or two further and the options and style of food changed to follow the diversity of the country; among the various influences, ethnic Malay, Chinese and Indian populations dominate. 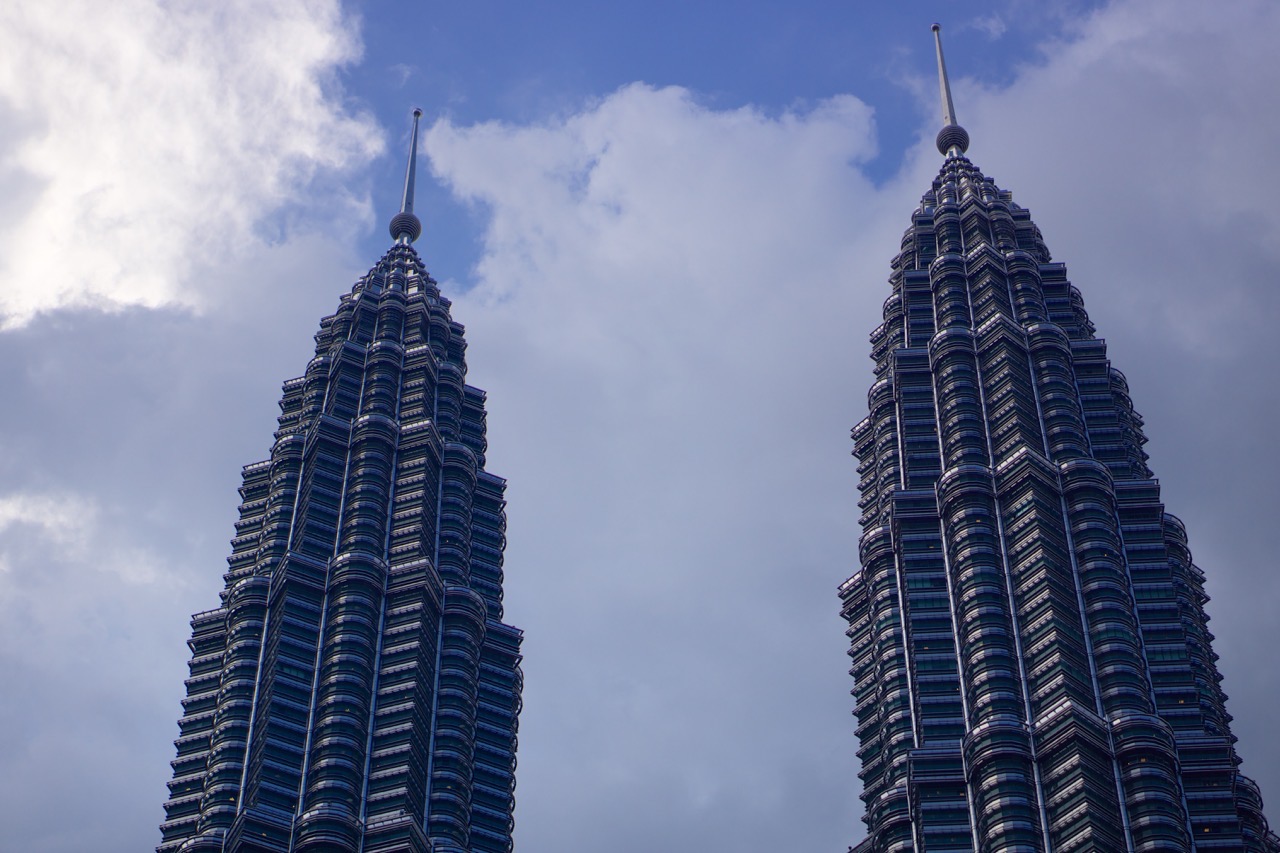 Yet herein lies some of the tension as we were told that no self-respecting Malay would be seen in a Chinese-owned restaurant due to the use of pork in dishes; where the state mandates Islam for any ethnic Malay, not only do cultures and cuisines separate neighbor from neighbor but also laws and schools. I could never quite grasp the seeming-paradox of Malaysia’s laws; Syariah law is applicable for Muslims (Malays) but no others. A mix between western, British-style buildings and the domes and minarets of mosques filled some streets. Education is based upon one’s ethnicity, each group having different locations for learning. Even buying land is tied to one’s background, Malays receiving financial allowances not afforded to other citizens. Even with this confusion, this strife, the genuine interest and kindness of those we met was incredible; meeting friends-of-friends, Sarah and I were given incredible firsthand accounts of the young country’s history and government barely 50 years since independence. And though I was at times lost for words, not knowing Islamic customs and the appropriate response, exploring Malaysia—even for only a brief time—gave an introduction to the much larger world of Islam. 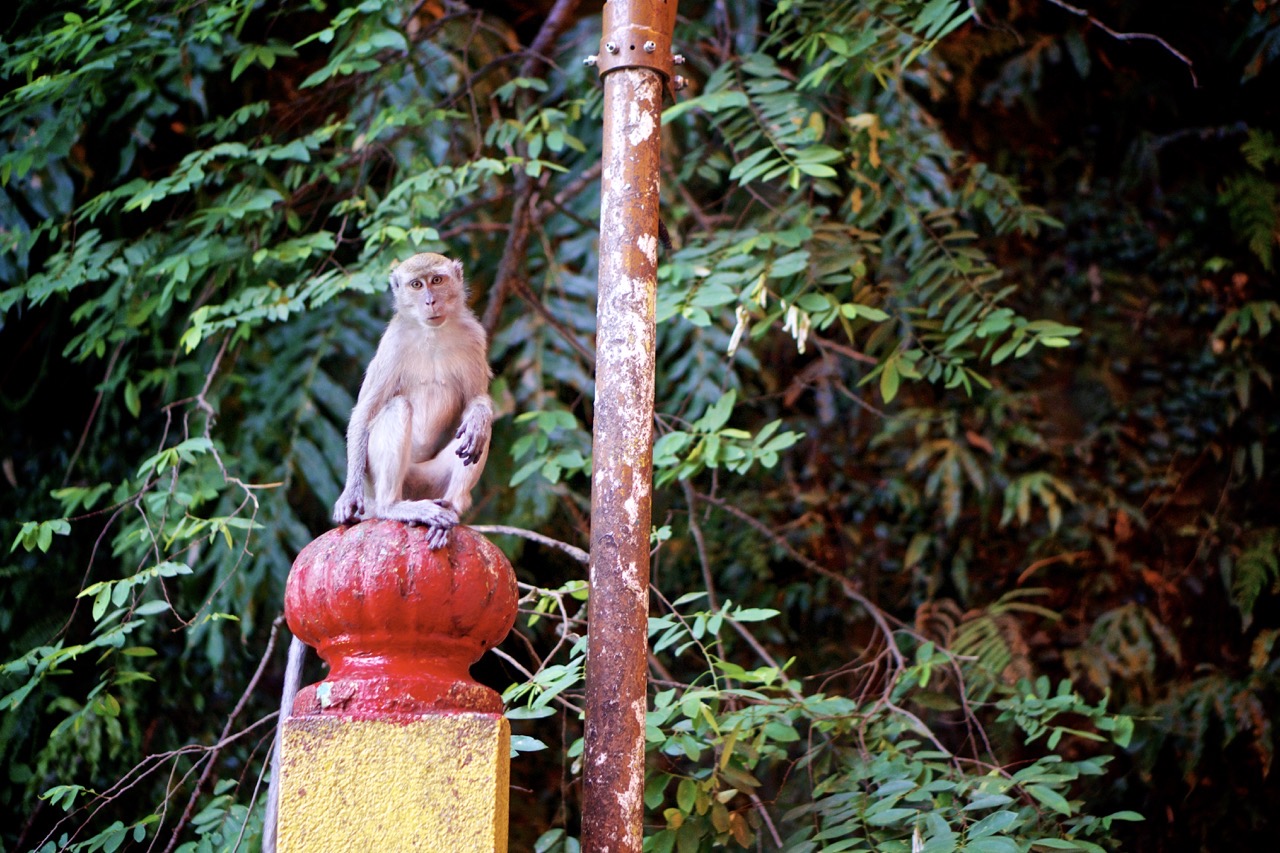 Experiencing the different varieties available was impossible in just four days; but having had a taste, I cannot wait to return to Malaysia.