Chasing summer in New Zealand includes both plenty of mountains and moments at the water; my past two weeks spent exploring the North Island gave chance for a slower pace when compared to the previous five weeks of travel. Beginning in Auckland and working toward Wellington saw incredible changes in landscape and experiences.

The Coromandel was a fabulous getaway with beaches and tramps (hikes) aplenty. The town itself only a few small blocks, we enjoyed a stay on the side of a small knoll with a fabulous view of the water. In many ways, one needed not leave our small cabin other than to grab food; enjoying hours in the sun with books and coffee, summer in January was lovely. 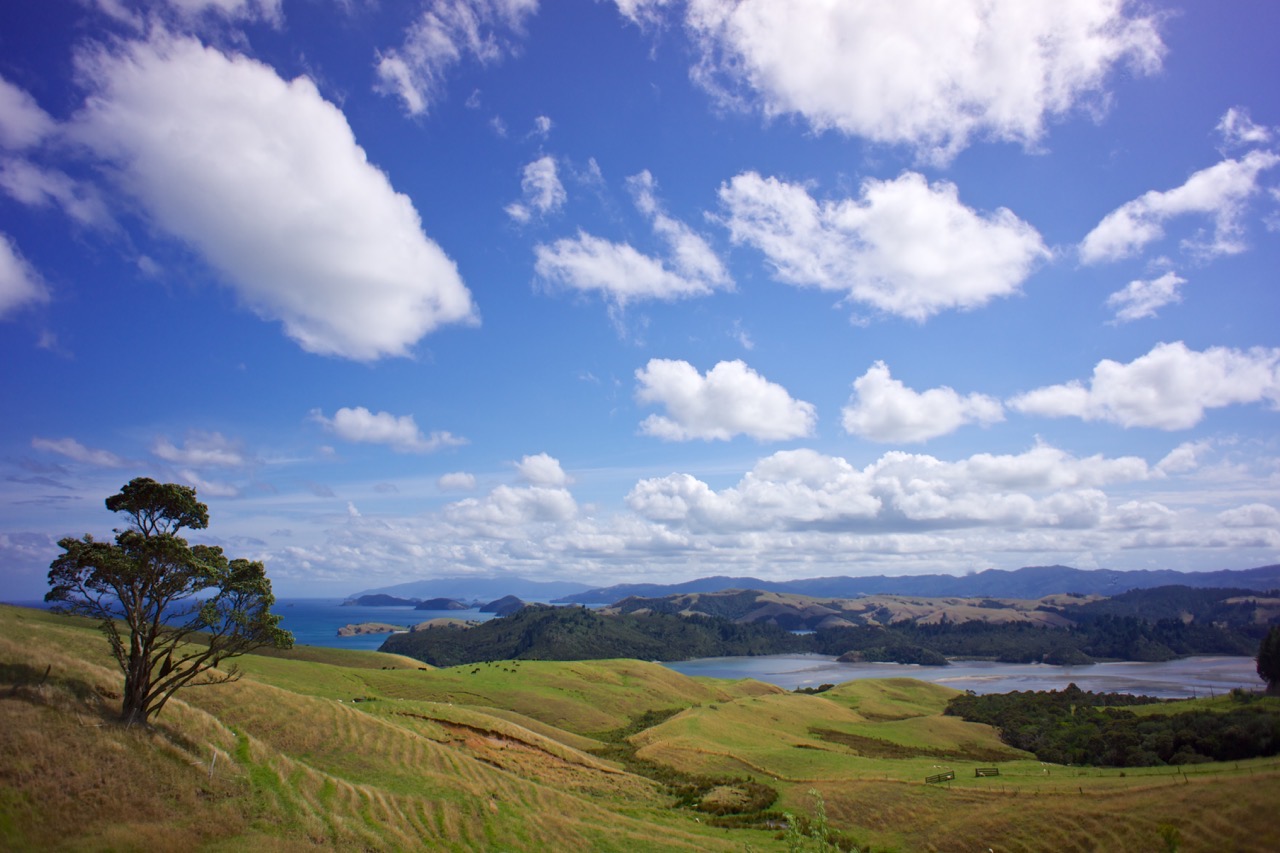 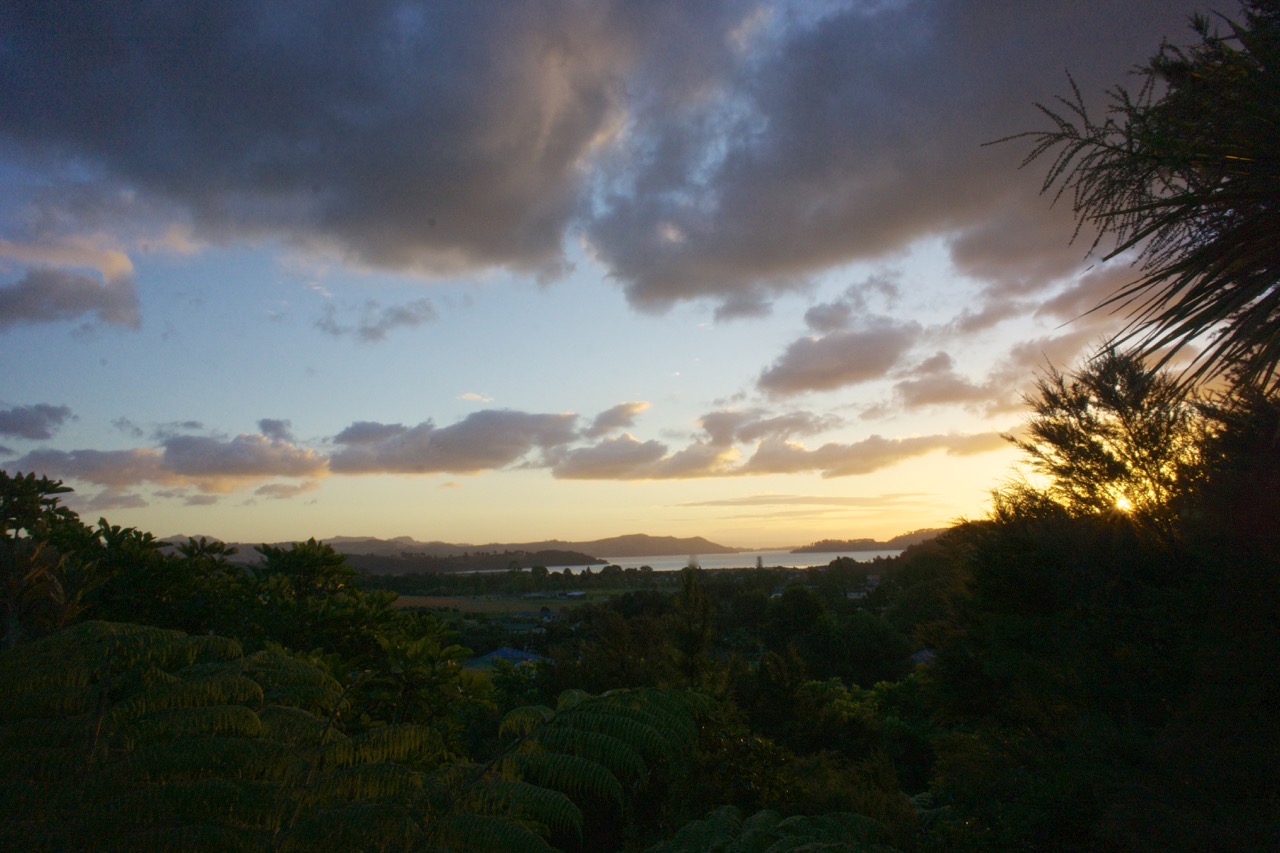 Heading southbound (and inland) to Rotorua reminded of the geothermic activity upon which New Zealand exists. With no shortage of outdoor activities, some of our favorite moments in Rotorua were spent simply enjoying walks through geothermal areas. Just across the street from our hostel, Kuirau Park was full of steaming hotspots and bubbling mud pools. (Yes, the smell of sulphur was ever-present.) Wandering along the edge of Lake Rotorua, one might not realize the extent of the landscape’s volcanic history; the entire lake (and city) lie in the remnants of a volcanic caldera formed some 240,000 years ago and sitting some 22 kilometers in diameter! The incredibly clear water of the lake is quickly obscured by the sulphuric particles which cast an eerie, milky appearance at the southern edge in the aptly named Sulphur Bay; the landscape itself felt surreal, uncanny. Adding to the curious landscape, a redwood forest of California trees exists just on the outskirts of the city. The contrast of tourist activities and natural landscapes made for an odd combination. 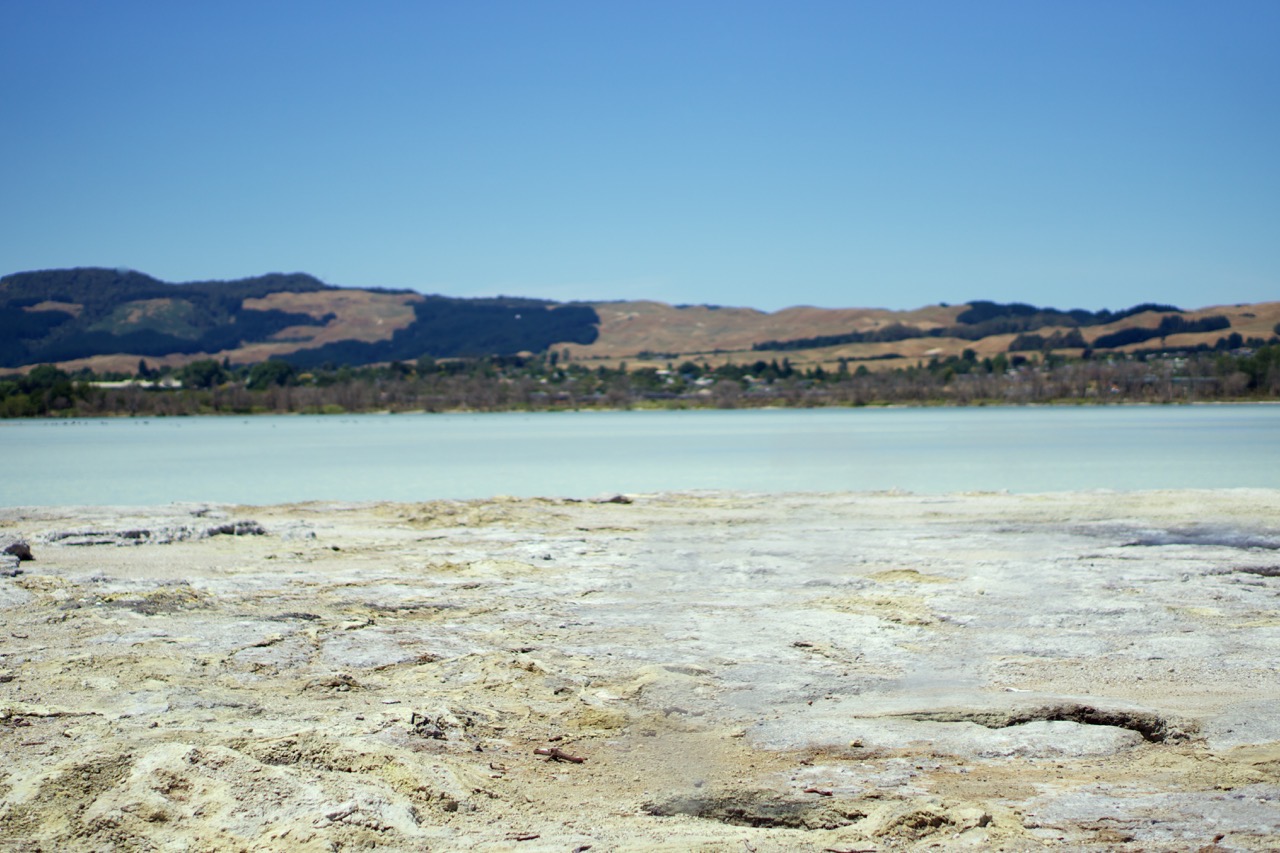 We arrived farther south in Taupo where we found further remnants of the island’s geologic history. One could easily miss all signs that this city too was built within the volcanic caldera—the other edge of Lake Taupo lay some 40 kilometers away and often disappeared into the haze. Both the lake and Huka Falls are New Zealand’s largest, respectively. Exploring the landscape and tramping about the lake’s waterfront gave sense of the tremendous scale and forces which make up the Pacific Rim. 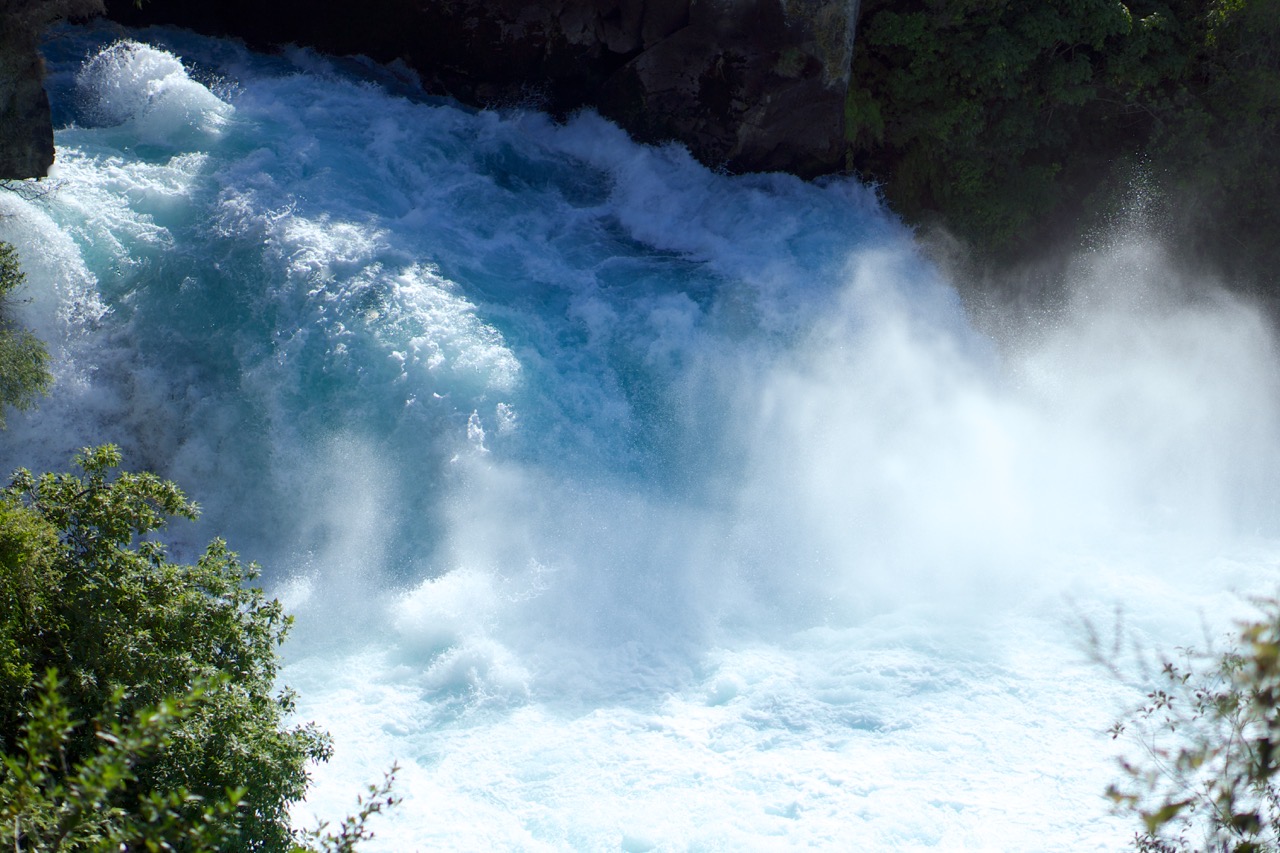 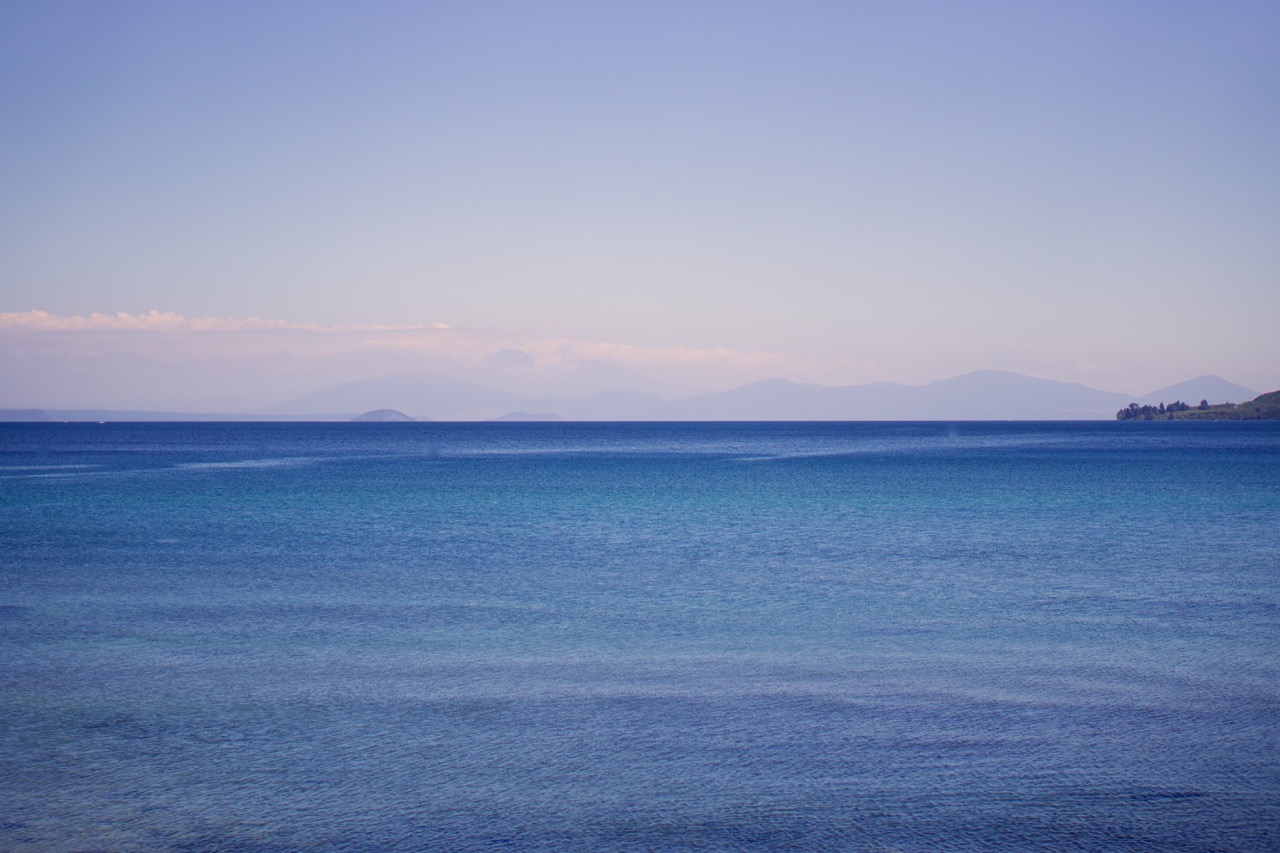 Escaping for a weekend in Napier, home to New Zealand’s wine country, and the Pacific Ocean was literally across the street from our hostel. And while I have always been raised alongside mountains, falling asleep (or awaking) to the sound of waves is truly enjoyable. Curiously, Napier itself felt like a city from the 1930s with Art Deco architecture and a concert to match. A day of touring vineyards and wineries was far too short before we continued south. 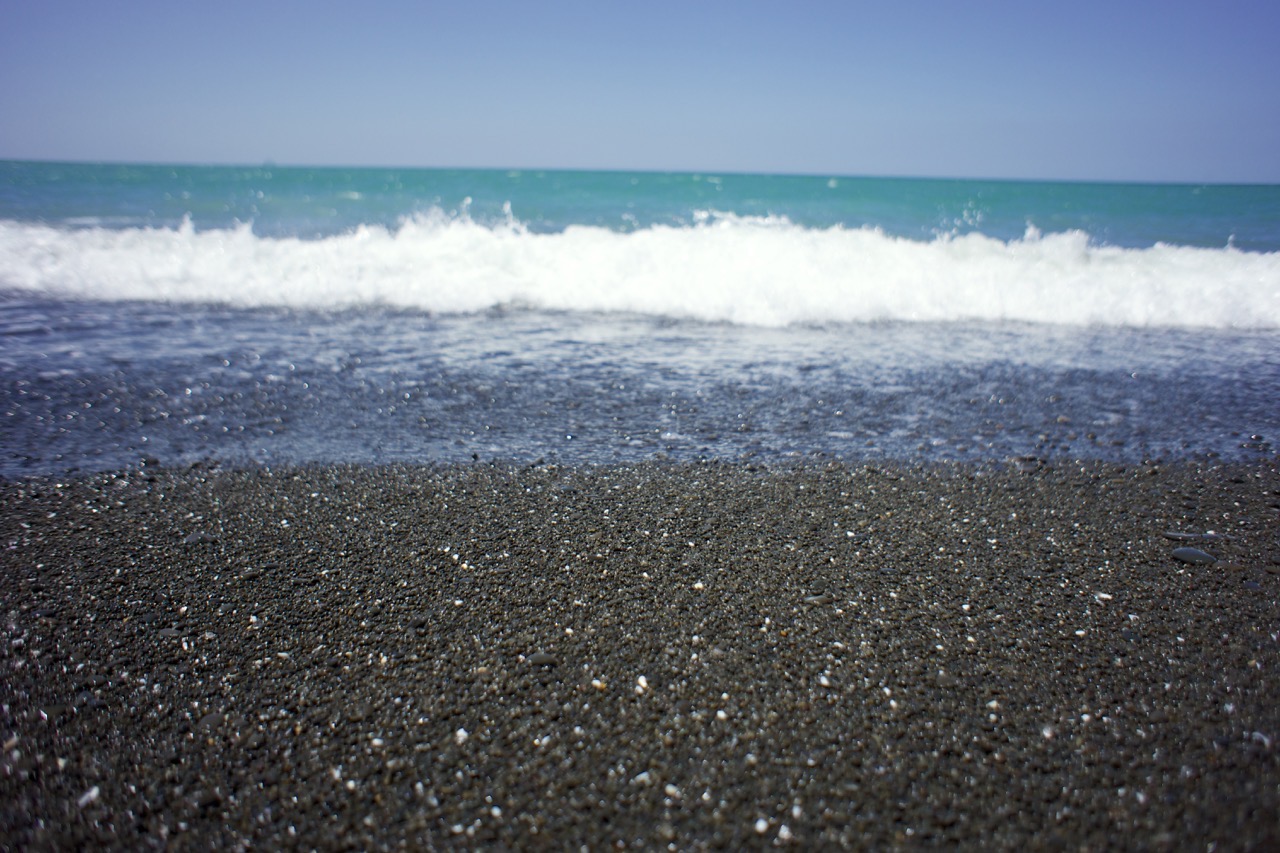 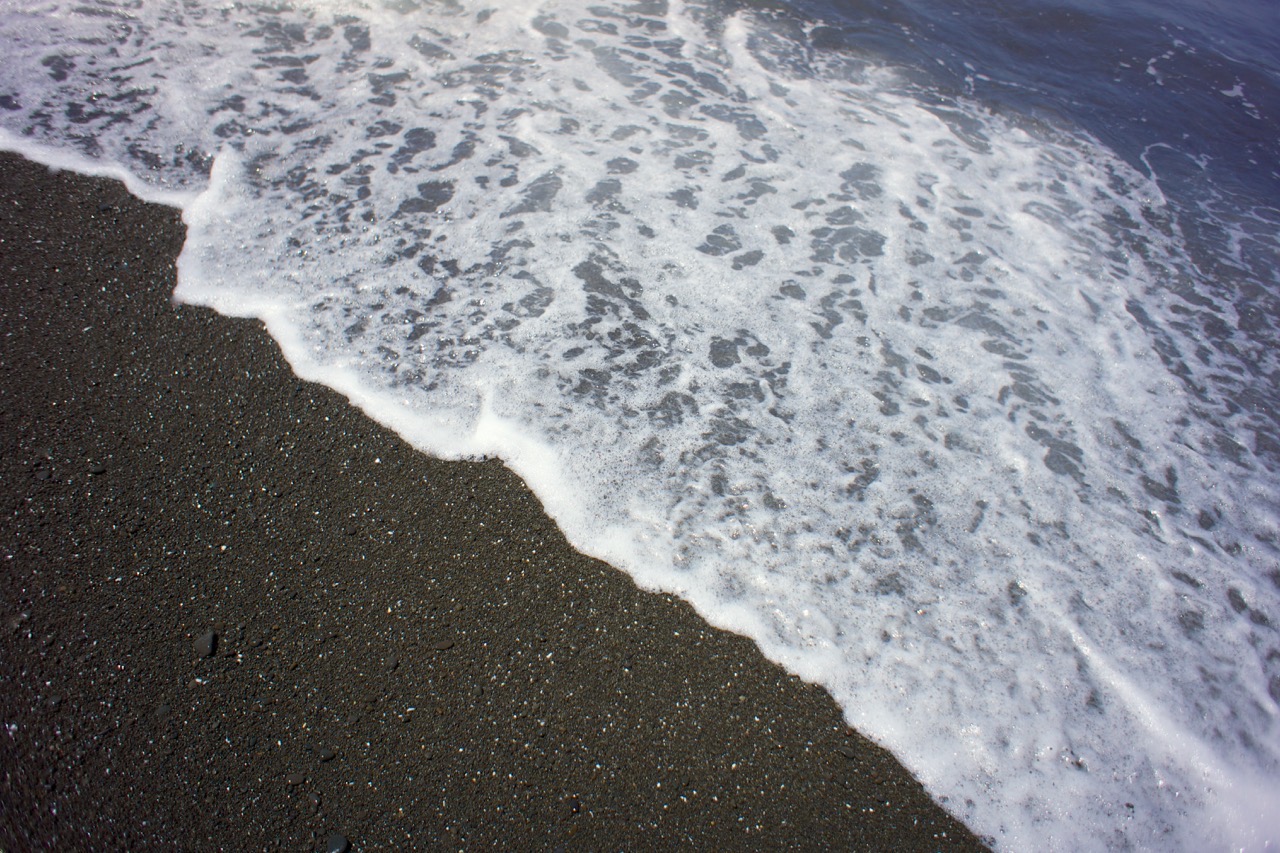 We found ourselves with no shortage of activities upon arriving in the capital city of Wellington. The Museum of New Zealand Te Papa Tongarewa highlighted the country’s history. Enjoying “The Hobbit” where it premiered at the Embassy Theatre was a great experience (though sadly not the best film). Picking-up mail “post restante” was an adventure in the CBD—with the bonus of receiving a letter, not just sending one! Downtown is full of cafés and breweries and exploring them was all the better when making new friends. (Truthfully, meeting friends-of-friends while traveling is perhaps one of the best experiences; I find it unbelievable that this is week 15 and finding friendships abroad is delightful.) Evenings relaxing at Lyall Bay—our accommodation was a small home right along the water—helped solidify the city as my favorite place up north. 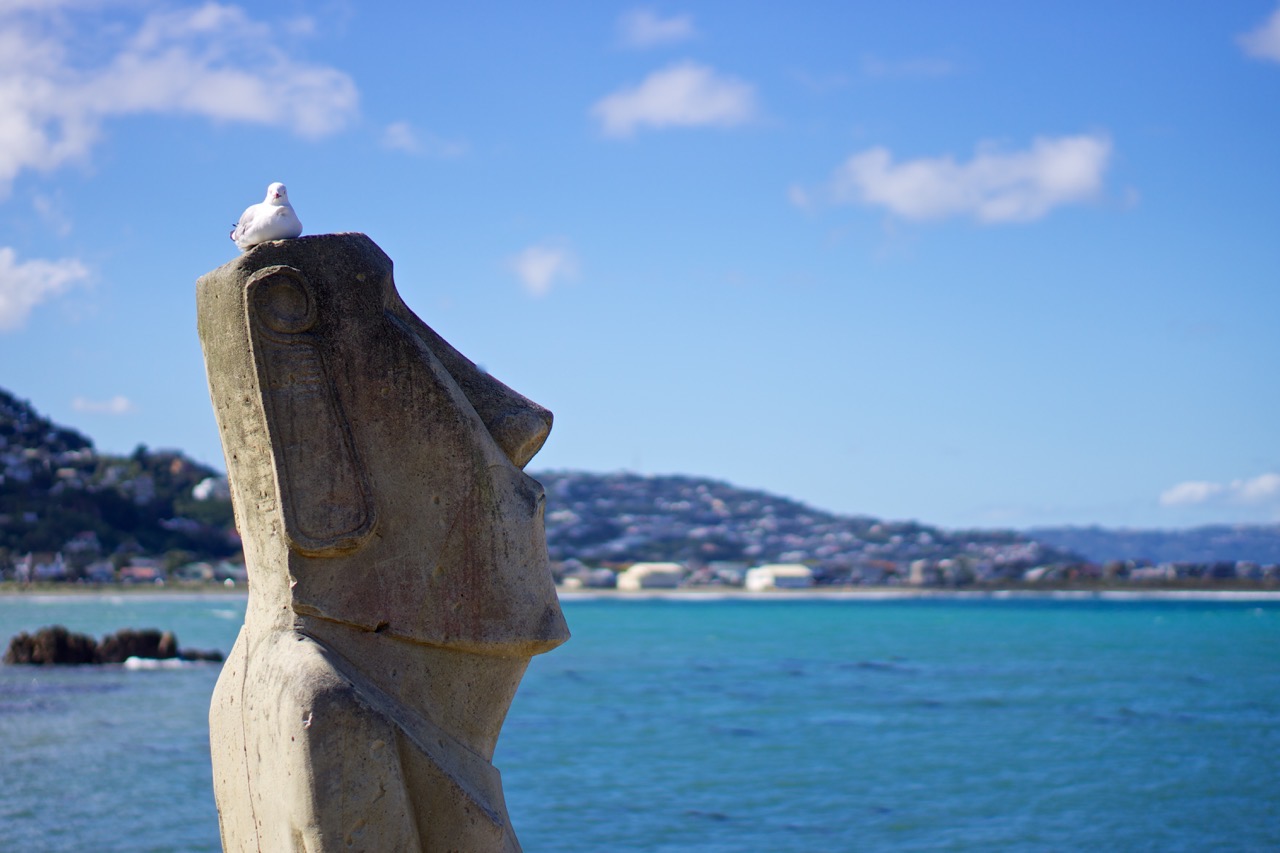 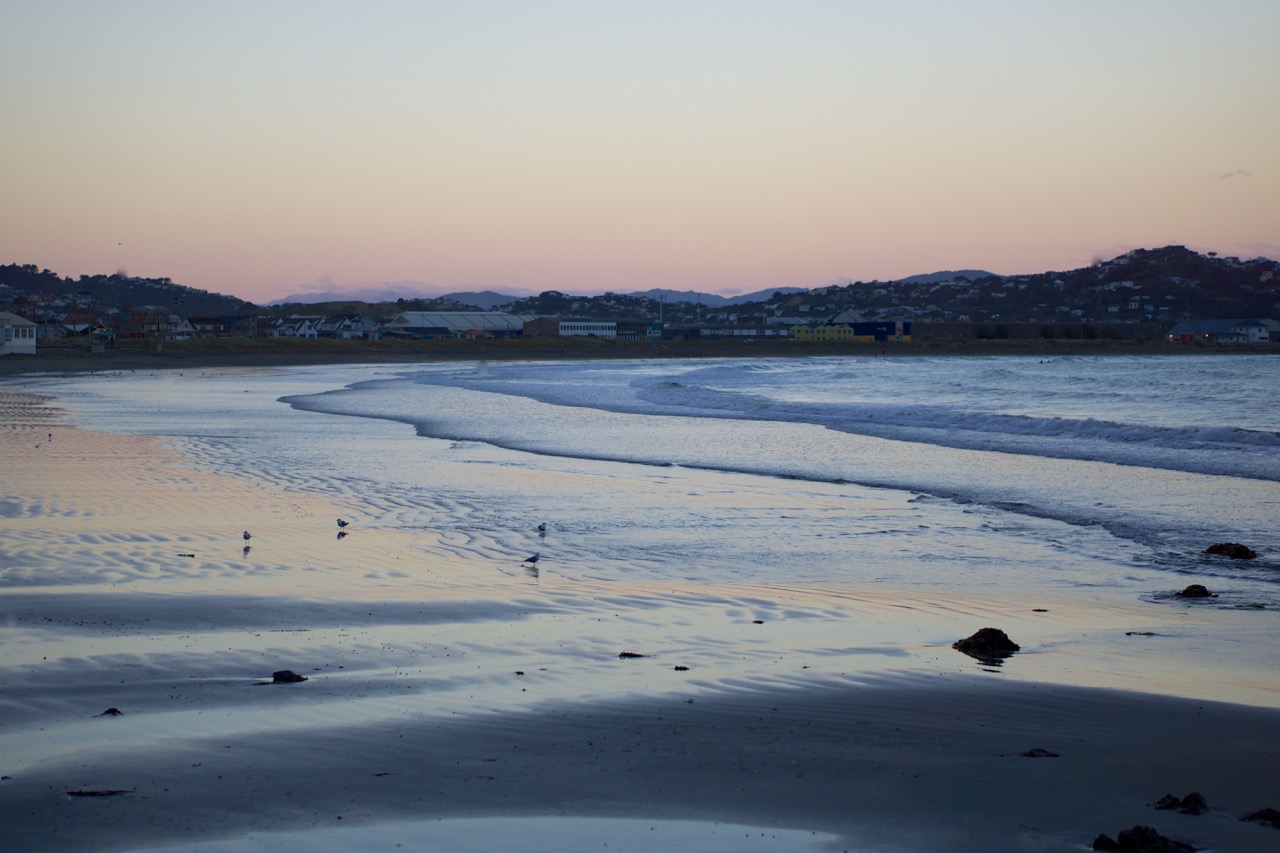 Admittedly, hearing news of the Solomon Island earthquake during our last day in Wellington was a humbling reminder of the dangers which exist along the ring of fire and we are fortunate New Zealand had no impact from a tsunami. These landscapes are incredible, relatively untouched and young on a geologic timeline; created by forces of nature of a scale and power that is in many cases unimaginable.