Sadness is all I feel.

Some few kilometers south from Phnom Penh lies this nondescript field with a few buildings and a fence surrounding it. A decorated, white stupa stands tall at the center of the grounds. Nearly everyone present walks quietly, solemnly. Choeung Ek is known also as “the killing field,” one of hundreds littered across the country where Pol Pot and the Khmer Rouge sent people to die. This is the most recognized of them, a national memorial to the more than 20,000 victims here and some two million across Cambodia. It is a former cemetery; usurped for a horrible atrocity. Tension permeates the air; visitors struggle with emotions. Such a simple place, such a terrible history.

An audio tour narrates, I am alone as my headphones isolate me, walking across desecrated ground. I am trying to understand, to comprehend. How can this happen? Where once stood a building, a sign reads, “Here was where the trucks transporting victims to be executed stopped.” A few meters away, “Here was the place where victims were detained. Usually, when the truck arrived, the victims were executed immediately.” I walk from sign to sign. And then come the graves. One mass grave notes 450 victims buried here, bracelets and flowers line the fence. The next grave, 166 victims without heads. More bracelets, flowers. A few who lived the regime describe their experiences over my headphones.

I want to stop listening. I feel sick.

I have tears in my eyes. Approaching “the killing tree” breaks me; a sign describes this grave where hundreds of women and children were killed. This isn’t war. The Khmer Rouge killed these people for politics, because killing allowed a few individuals to maintain power by holding a nation hostage. I walk carefully to avoid bones and fragments of clothing. Though these murders happened between 1975 and 1979, fragments continue to surface as the ground shifts, unburying the victims. I reach another tree; its sign reads, “the magic tree.” My headphones play music from the communist revolution; songs once projected from this tree to mask the sounds of death. I reach the memorial stupa once more and find a bench. I sit.

My narrator describes Cambodia’s struggle to rebuild, the goal of sharing Choeung Ek with the world so genocide and senseless murders might be prevented from happening again. And he thanks me for visiting. I close my eyes. Tears.

Headphones off, I remove my shoes and walk into the memorial stupa. Music plays faintly. Incense and flowers surround the entrance. And then I see the stacks of bones, seventeen levels of remnants excavated. Upon finding this killing field, archaeologists exhumed 86 of the 129 graves; they stopped to preserve the remaining ones. I realize I don’t know how one ought pay respect. I try to pay attention to all the remains, looking at all the details while still completely silent. I feel numb. 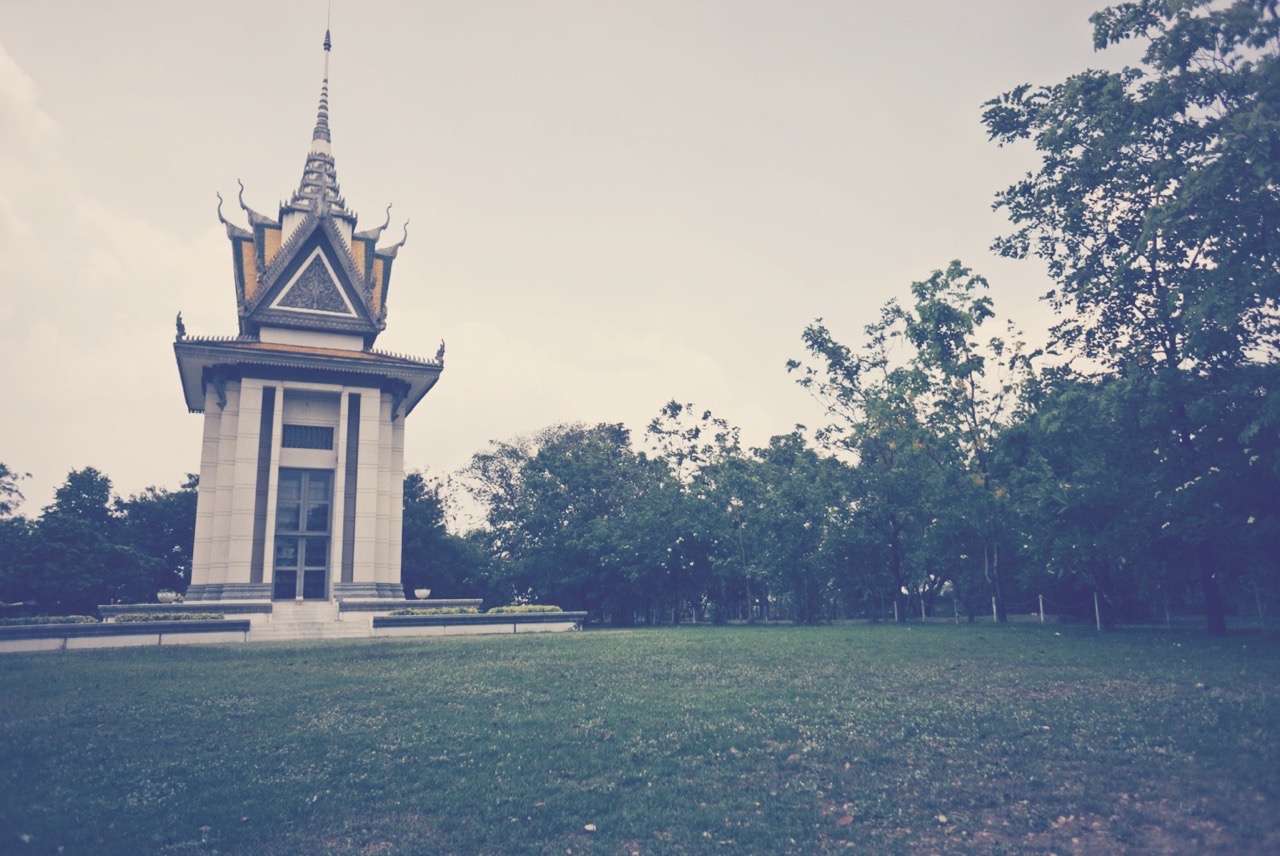 Humanity’s past is fraught with tragedy.

Leaving Choeung Ek, I visit Tuol Sleng Prison. Known as S-21, most victims were first brought here before Choeung Ek. A regime terrified of the West, of intellectuals, tortured its victims in a high school. Here, too, most visitors are silent. The classrooms, used as prison cells, now act as a museum to document what happened. I walk slowly past the walls full of images of the victims; those brought here were documented by the Khmer Rouge through a photographs and a biography. I read about the victims. Whole families were taken. Countless faces stare out at me. Many of the victims themselves were a part of the Khmer Rouge, recruited as teenagers—as children—to brutally murder their own countrymen for a paranoid regime. How could so many lives be destroyed? I take a break every few rooms, story after story weighing on me. Then I continue to walk, to read. These stories are all that remain. I feel numb. 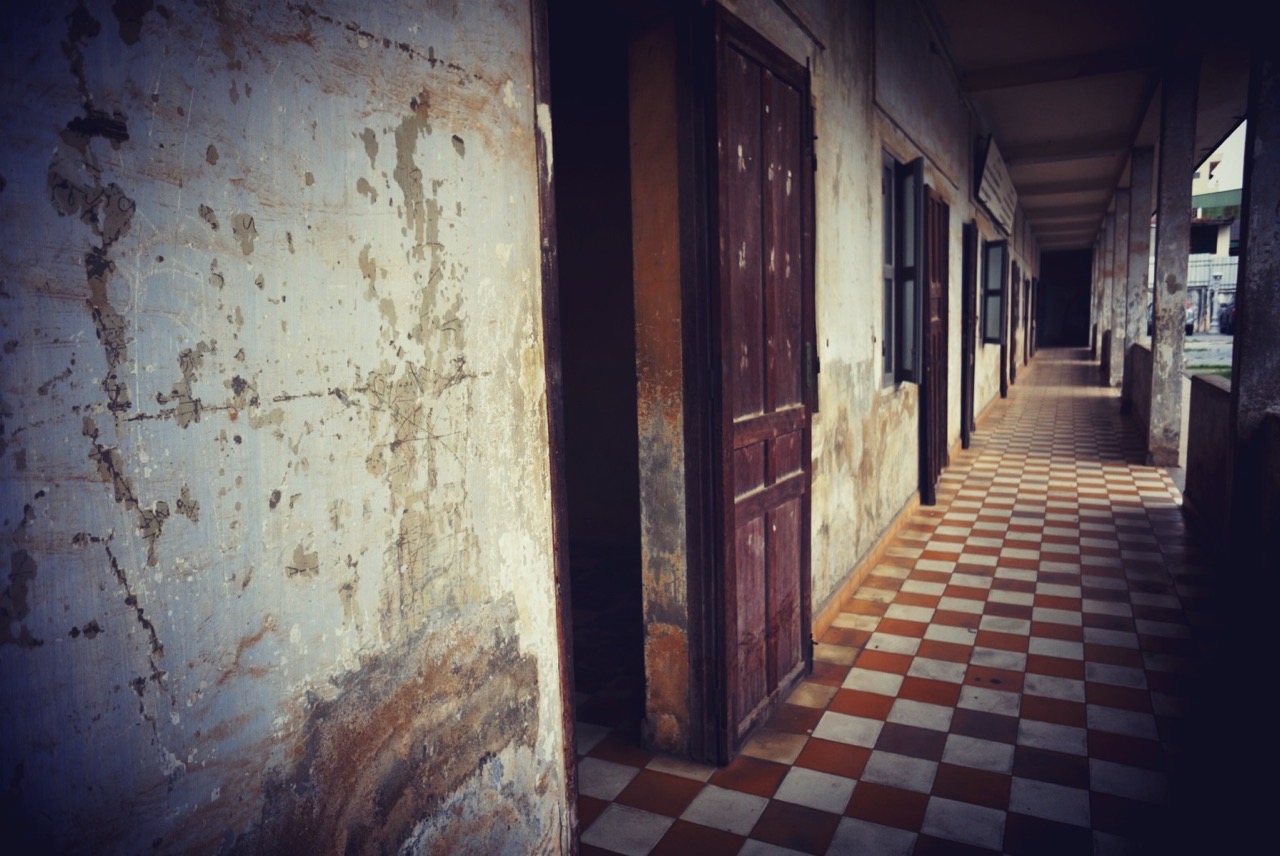