For a day, I was Indiana Jones. Exploring the temples which make up the Angkor Archeological Park meant navigating through stone ruins, climbing countless stairs and getting lost more than once. But having an opportunity to see, firsthand, the renowned Angkor Wat was truly incredible.

A few kilometers beyond Siem Reap lie the remains of the great Khmer civilization from between the 9th and 15th centuries. Simply getting to Siem Reap proved an adventure, a land border crossing from Thailand included buses, tuk tuks and a train. The next morning Sarah and I started by hiring a tuk tuk for the day and headed toward the forest ruins. Our driver dropped us at the South Gate of Angkor Thom, a river crossing lined with a multitude of statues. Once inside the walls to the ancient capital, we walked to the Bayon Temple with its 216 faces carved into stone towers. The bas-reliefs, carvings in the walls, were gorgeous. Wandering lost in this menacing ruin filled our morning. Incense burned in darkly-lit chambers, we hiked in circles for maybe 30 minutes. Heading by foot toward Baphuon, we walked upon a raised causeway for the long approach to the giant structure. An impressive view awaited us after climbing to the top of the reconstructed pyramid; a gigantic carving of Buddha—filling one wall some 70 meters in length—was similarly awe-inspiring. And thus began a dash to see as much as we could under the hot sun. 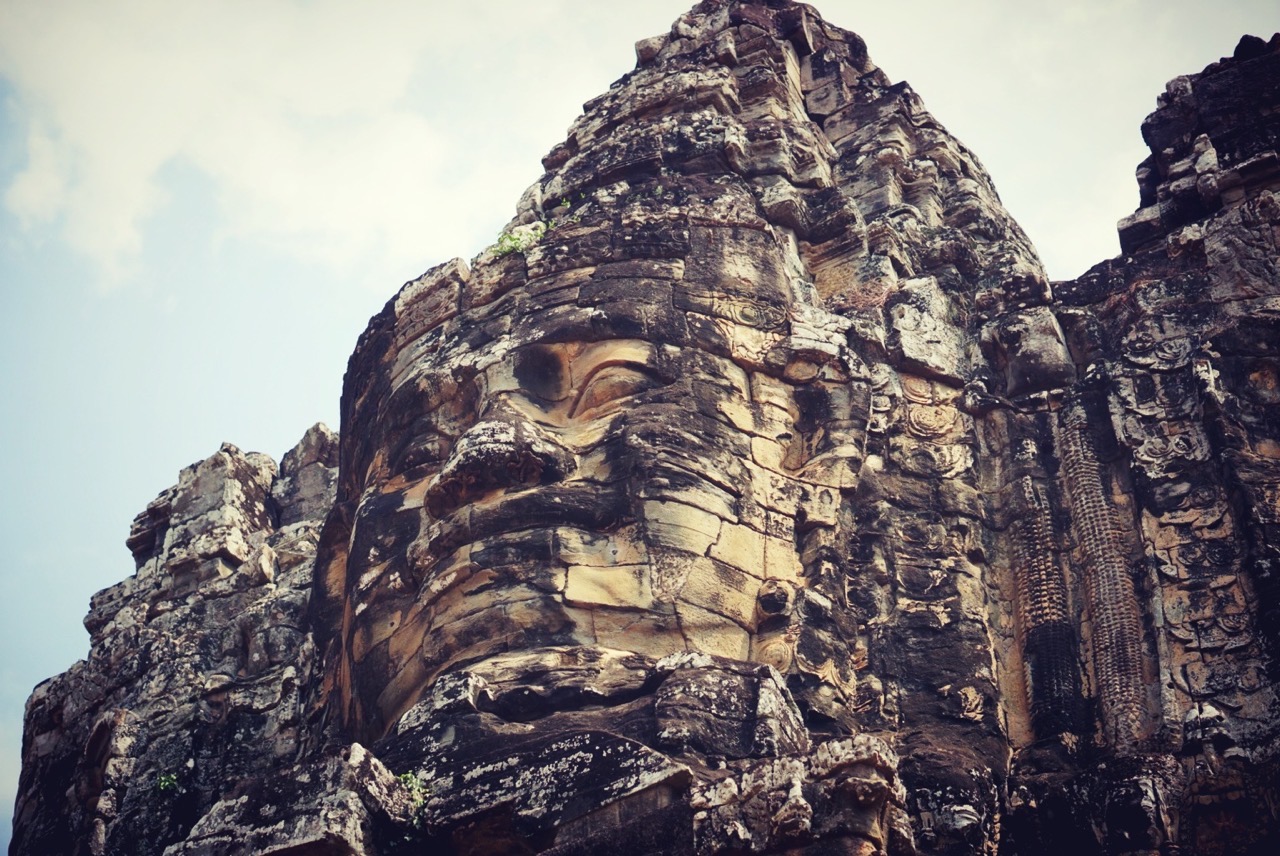 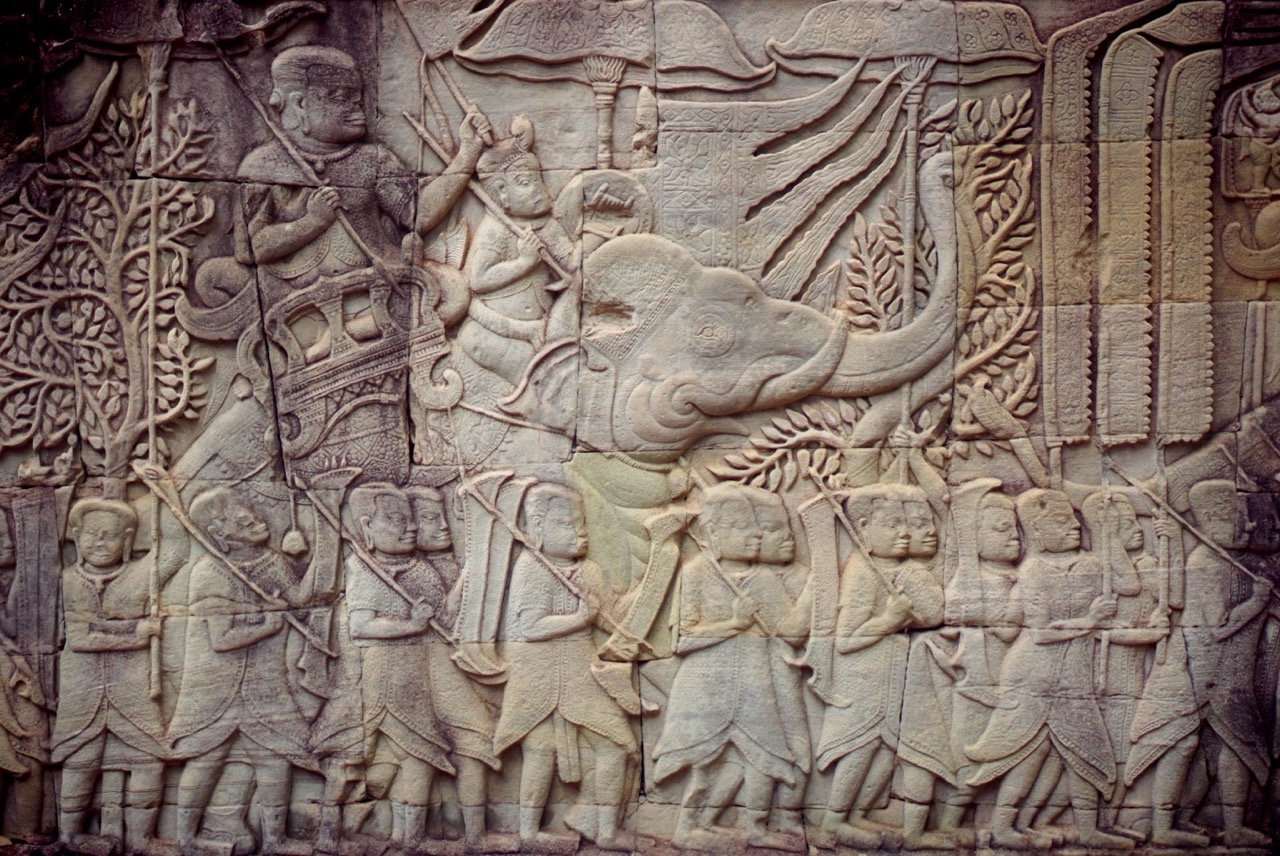 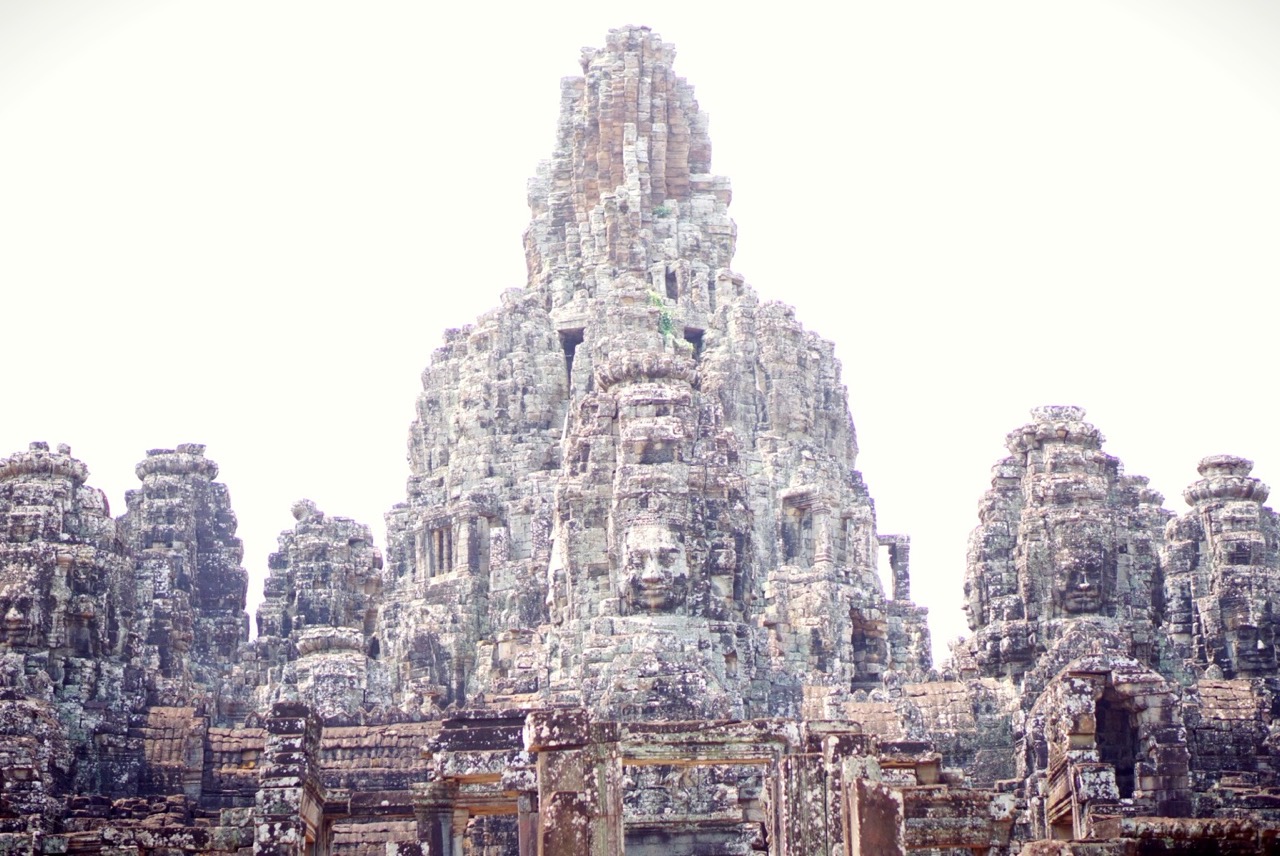 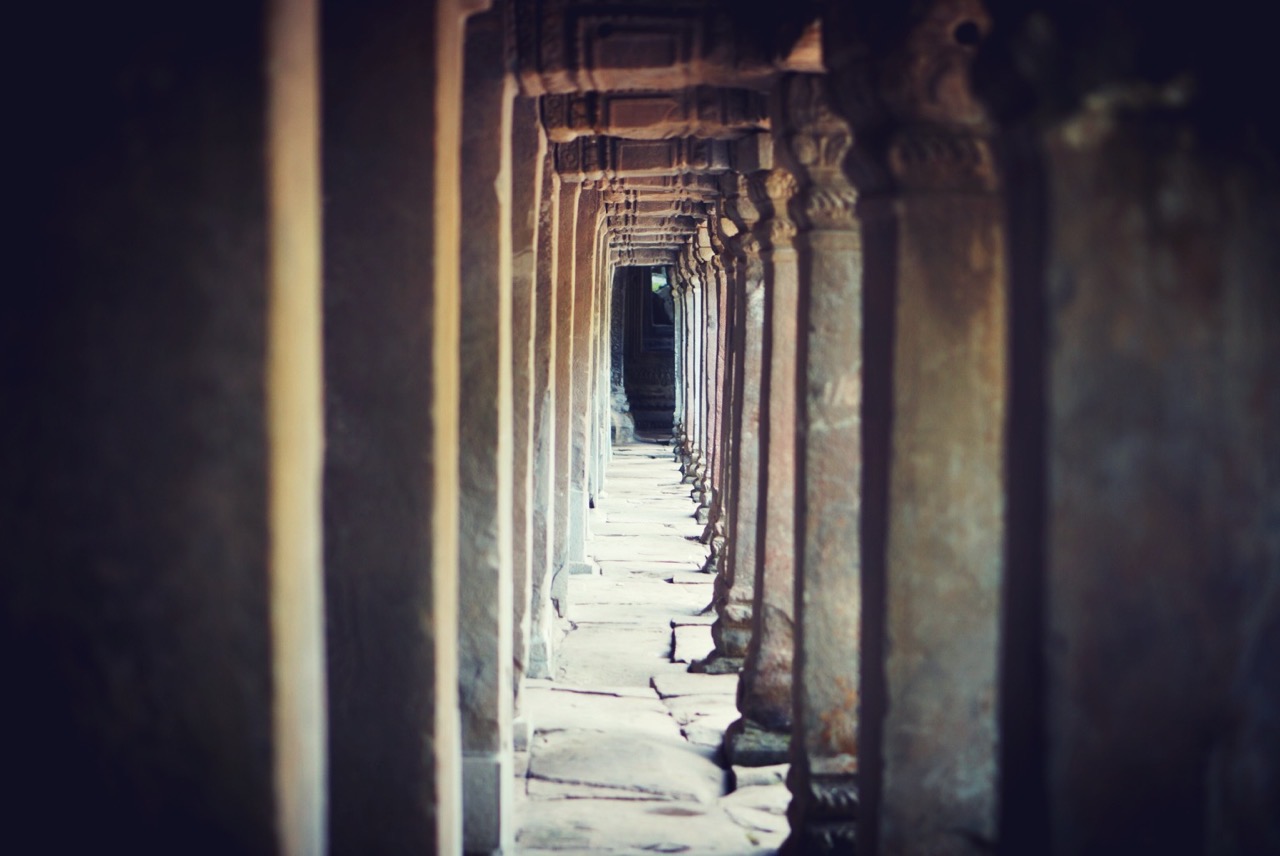 We spent perhaps a half hour at each of the temples. While many similarities exist among them, each has its own charm. Exiting through the Victory Gate of Angkor Thom, we approached Thommanon and Chau Say Tevoda. This temple pair honors Shiva and Vishnu and embodies Khmer architectural diversity, the contrasting influences of Hinduism and Buddhism. Even amid reconstruction, Ta Keo presented a towering structure made entirely of sandstone. Arriving here, we paused for a break from the tropical sun’s heat. Ta Prohm was a stunning mix of stone and wood. Trees sprouted through the ceiling; roots intertwined with the structures themselves in a fascinating exhibition. Banteay Kdei housed some of my favorite carvings, varying figures along its many pillars. Walking deeper into the inner enclosures to find dancing apsaras, I felt at peace. Across the street, we looked over the water of Srah Srang as I contemplated civilizations past. Sam, our tuk tuk driver, brought us to Prasat Kravan calling it our final stop. Though lovely and simple, it felt anticlimactic. We asked for one more temple. 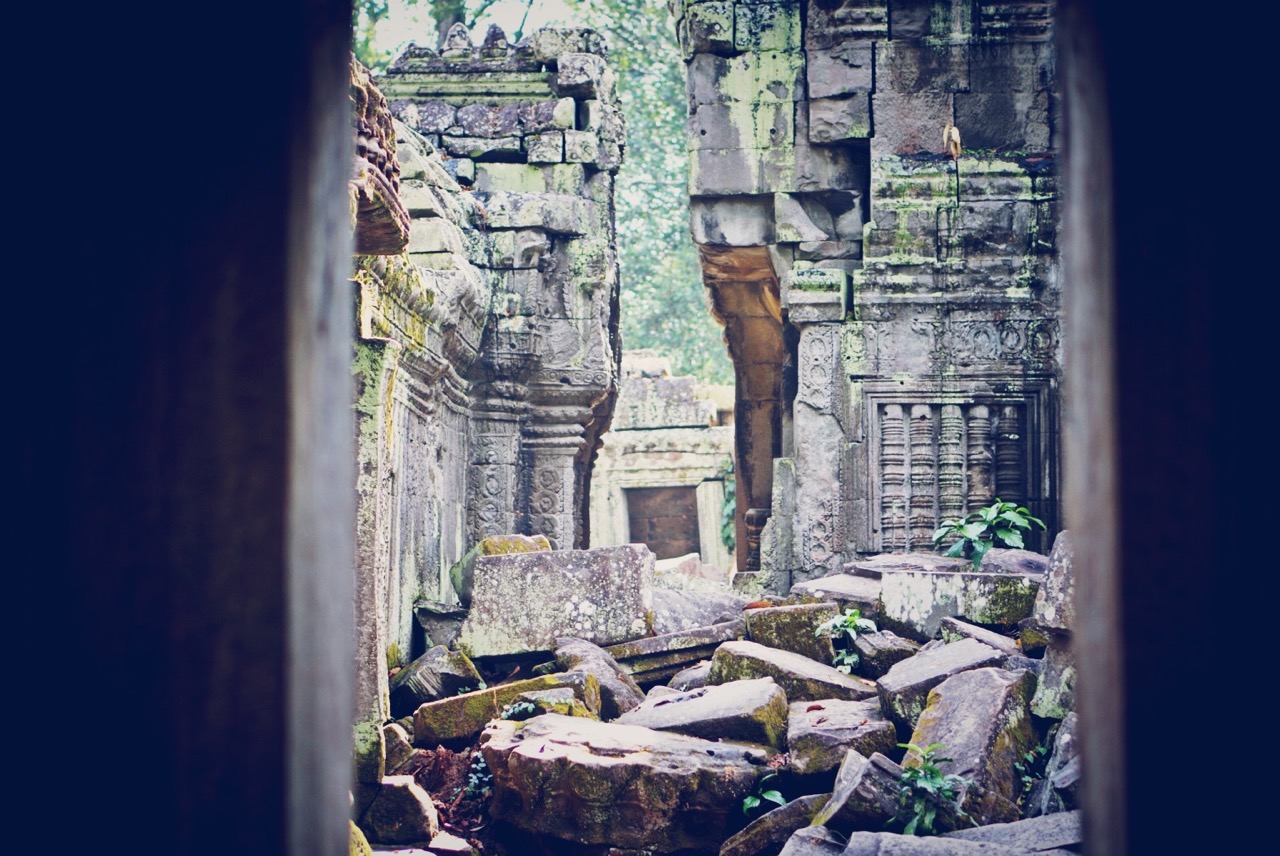 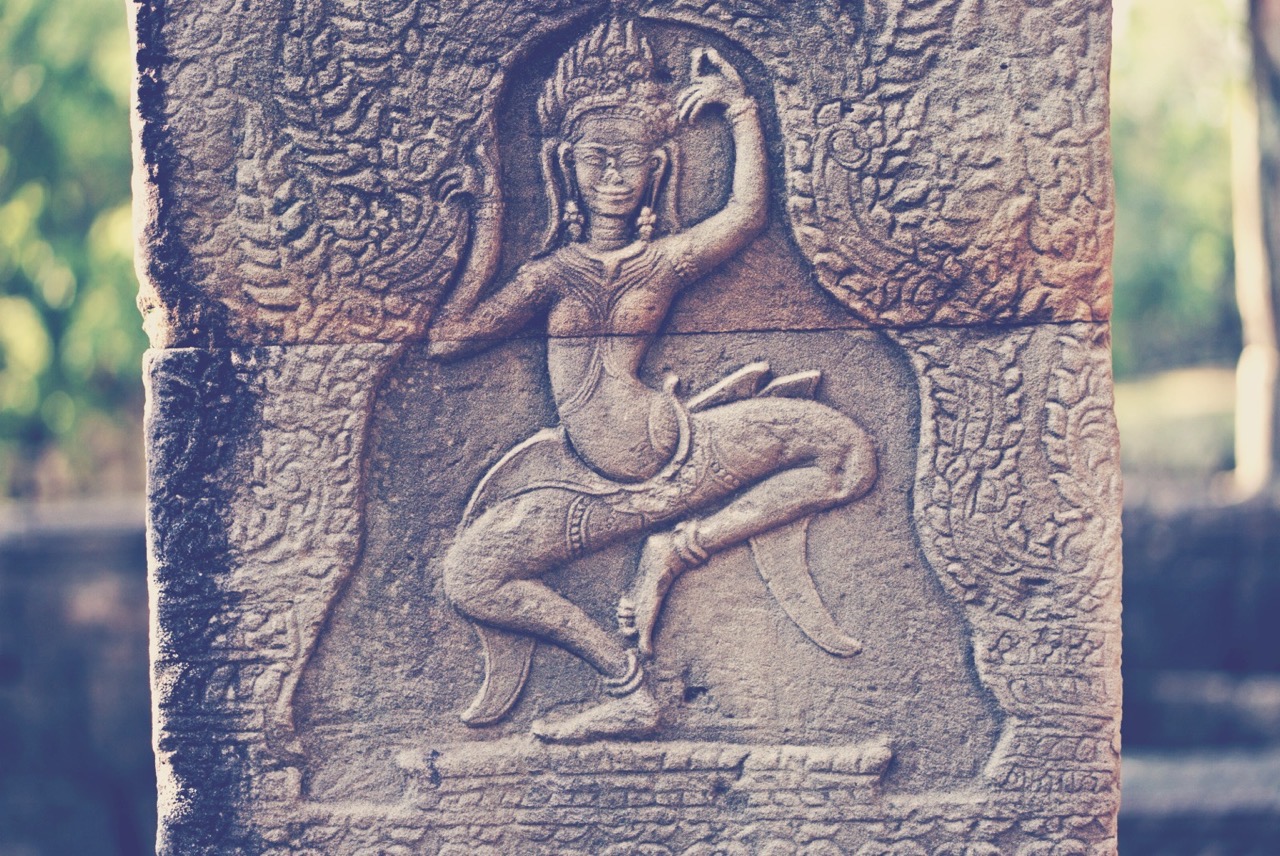 Angkor Wat is the most recognizable symbol of Cambodia, a part of the nation’s flag. Surrounded by water, the stone structure shattered my expectations. Our guesthouse had a sign suggesting activities for those “templed out,” which until this moment I clearly understood; I thought it would be just another Hindu ruin, having seen so many already. Yet I genuinely enjoyed the chance to roam the inner grounds as the sun set. I had no words to describe the beauty; I was in awe of my surroundings. The energy and delight, not just of the physical structure but also the many others visiting, was powerful. 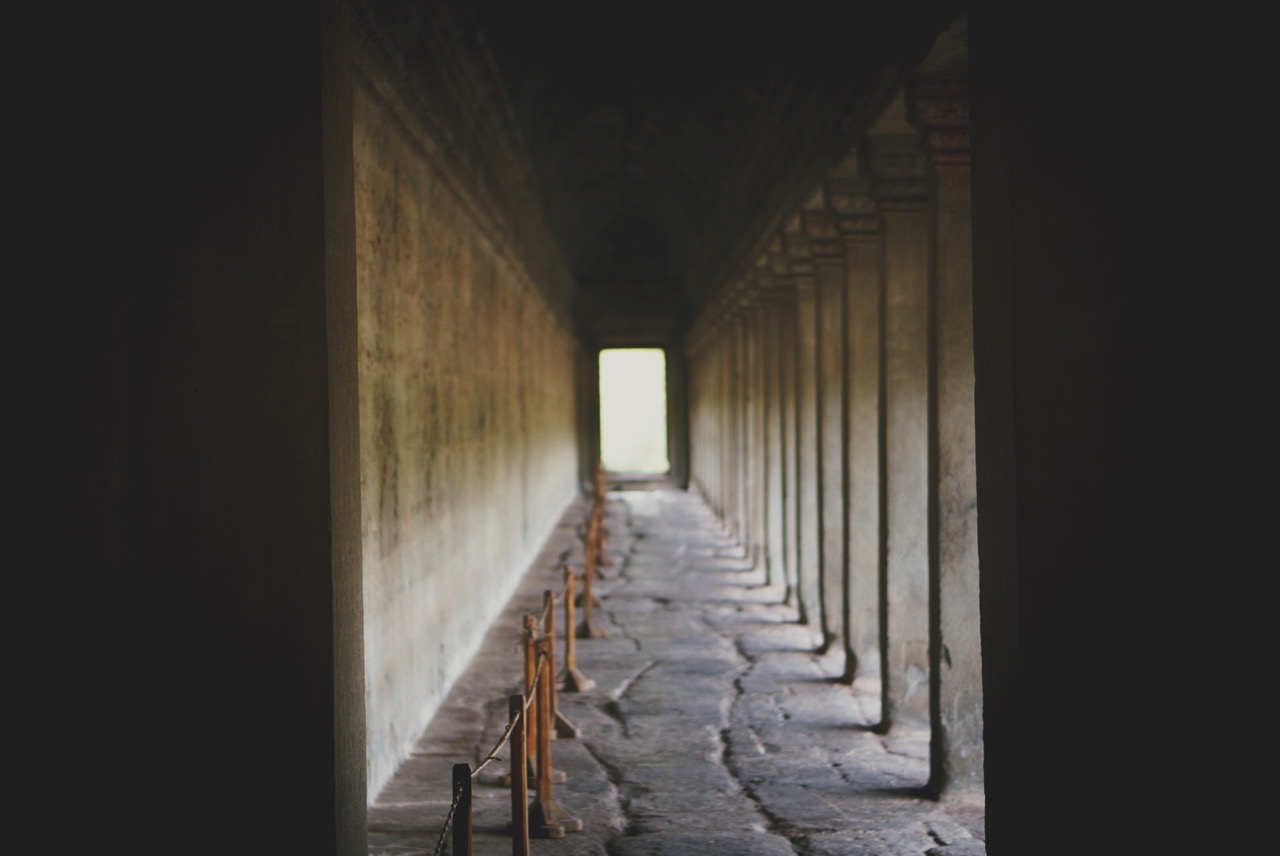 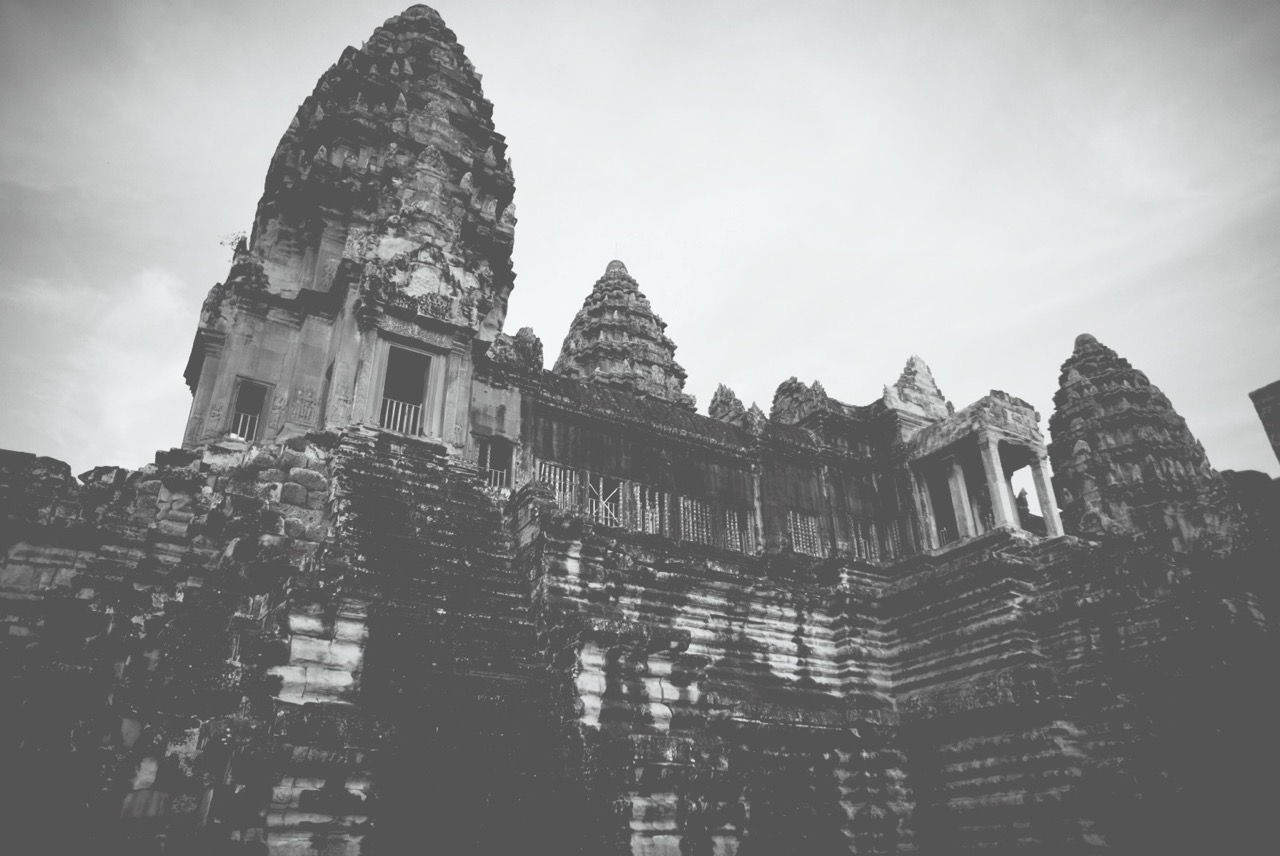 Admittedly, not all was perfect. The day was long and hot having walked kilometers up and down and through the various grounds. Too many young children pleaded us to buy souvenirs, trinkets or simply hand over cash; in many ways it broke my heart to say, “no, thank you.” Vendors priced everything—including food and water—at nearly double the rate of the city-center which meant negotiating for everything. More than ever, I began to question the ethics of traveling, of haggling over a single US dollar when hiring a driver for the entire day, of passing by those less fortunate than me. These moments were juxtaposed against moments of beauty, the pillars of the outer walkway casting shadows as the sun neared the horizon.

People travel, each of us imperfect. For all the challenges, I am learning how important it is to see other places; this is why I travel, the bad and the good. This is how I grow.