Gorgeous landscapes, what one expects when hearing of New Zealand’s untouched backcountry. Glaciers, mountains and water all together. And sheep. Lots of sheep. The past two-and-some weeks were a whirlwind of adventures exploring about the South Island. By the end, our rental car had gained some 2,821 kilometers, with plenty of stories and incredible experiences—enough to make my entire trip worthwhile.

A quick hop from Wellington via airplane and we arrived in Christchurch, a city rebuilding. Though I knew about the 2010 and 2011 earthquakes, I was unprepared to arrive in the still-devastated city. It is truly incredible to witness how much was destroyed, how far the city has come and what work remains. Fences continue to restrict access to the five-or-so square blocks of the CBD; the “Red Zone” remains a place solely for workers as they remove the remaining structures and lay the stage for future building. In outlying neighborhoods, entire streets exist with meter-wide cracks separating motorways from the adjacent footpaths; elsewhere the roads themselves oscillate up and down in a mimicry of the earth’s destructive waves. Yet even with all the sadness and loss, the largest city on the South Island is full of hope at the second anniversary of the second quake; and progress continues. Re:START is the “container mall” with a fascinating twist on architecture—shipping containers stacked and turned into modern buildings. Gap Filler brings unique, creative projects to occupy otherwise vacant spaces, adding a positive dynamic to the ever-changing city. And the city’s plans for rebuilding are enviable—Christchurch is presented an opportunity to begin anew and truly create a modern, world-class city. I am in awe of the community’s resilience. 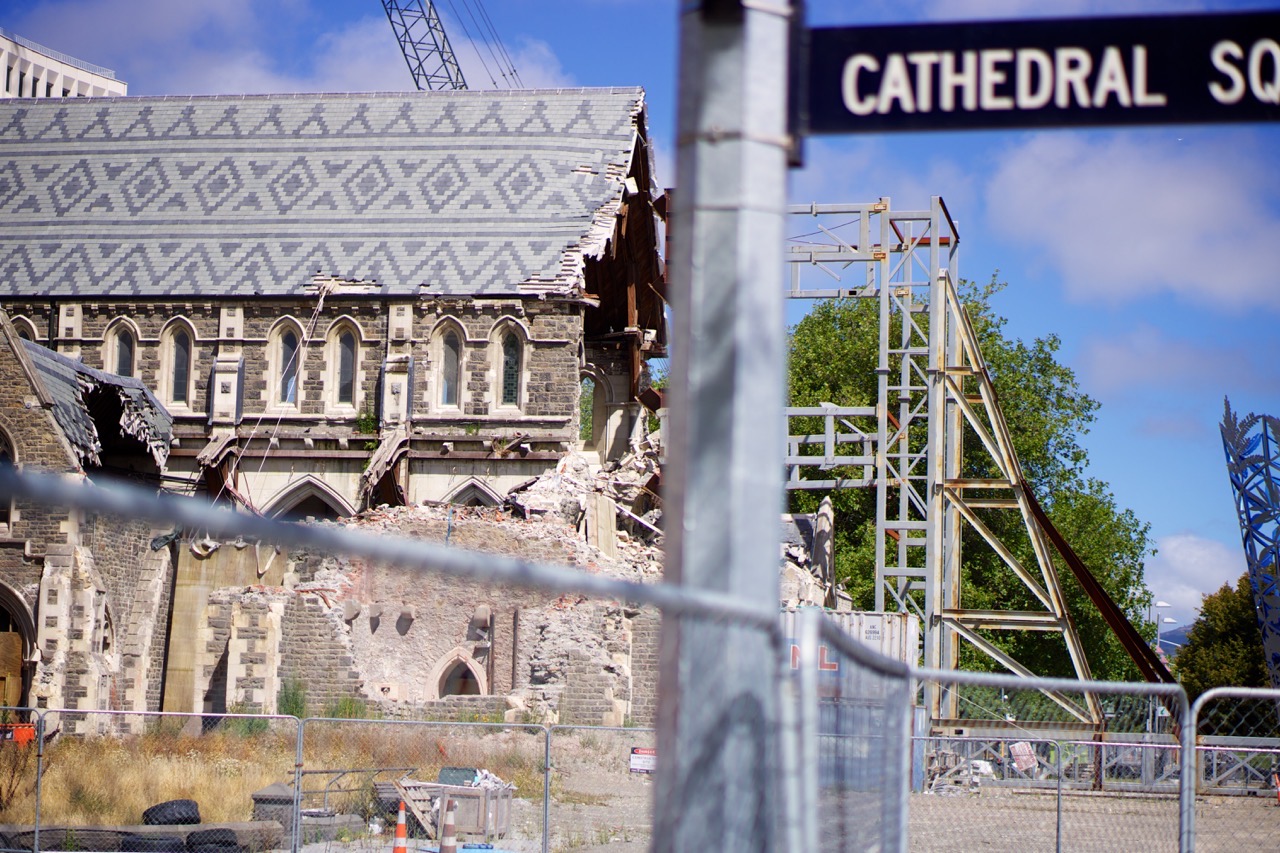 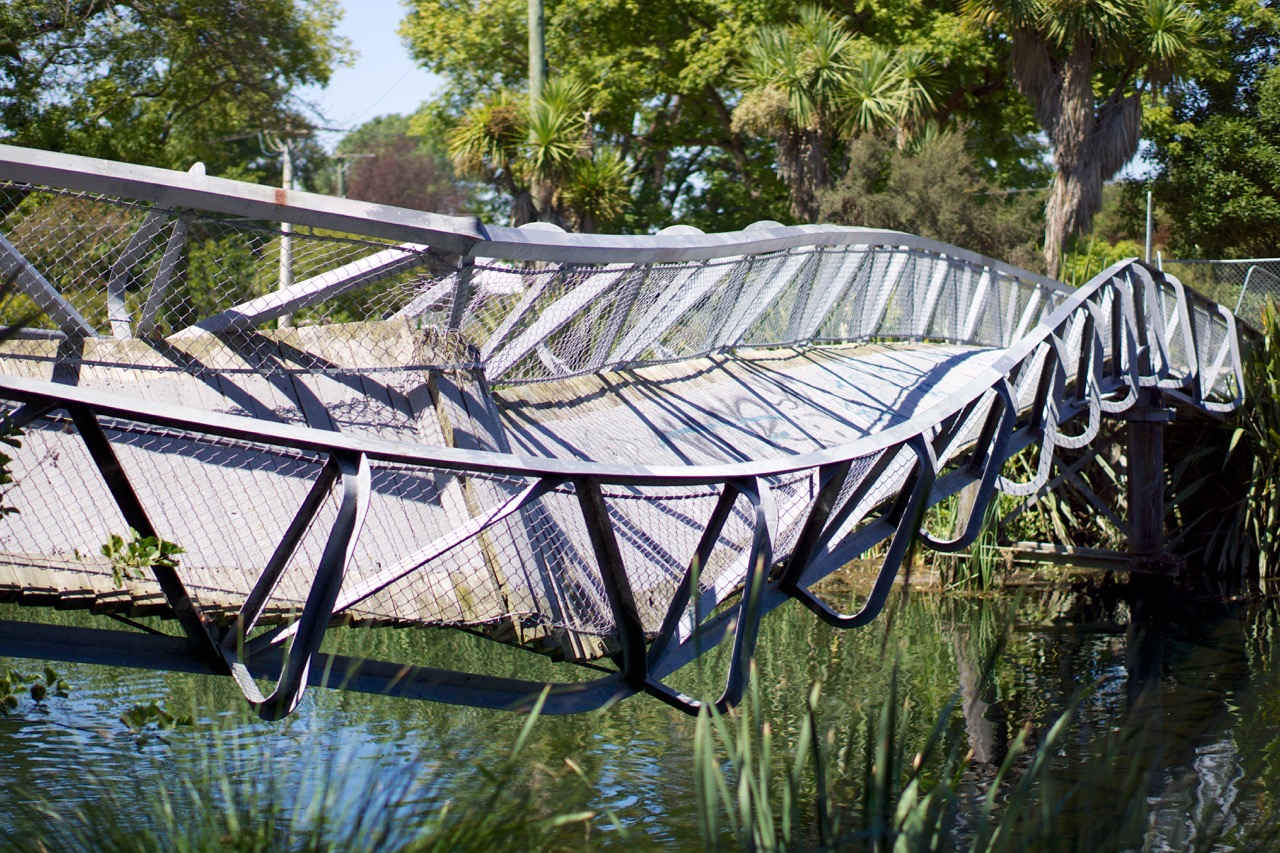 Driving south along the eastern coast, Dunedin was our next stop. Known as the “student town” it is home to the country’s largest university and came with a beach view and friendly, gracious locals. Exploring the Maori history in the local museum and wandering through nature reserves along the Otago Peninsula occupied our two days. Running barefoot along the beach, watching waves blow in from the Pacific and sharing stories of growing up in New Zealand, I began truly envying the Kiwi lifestyle. 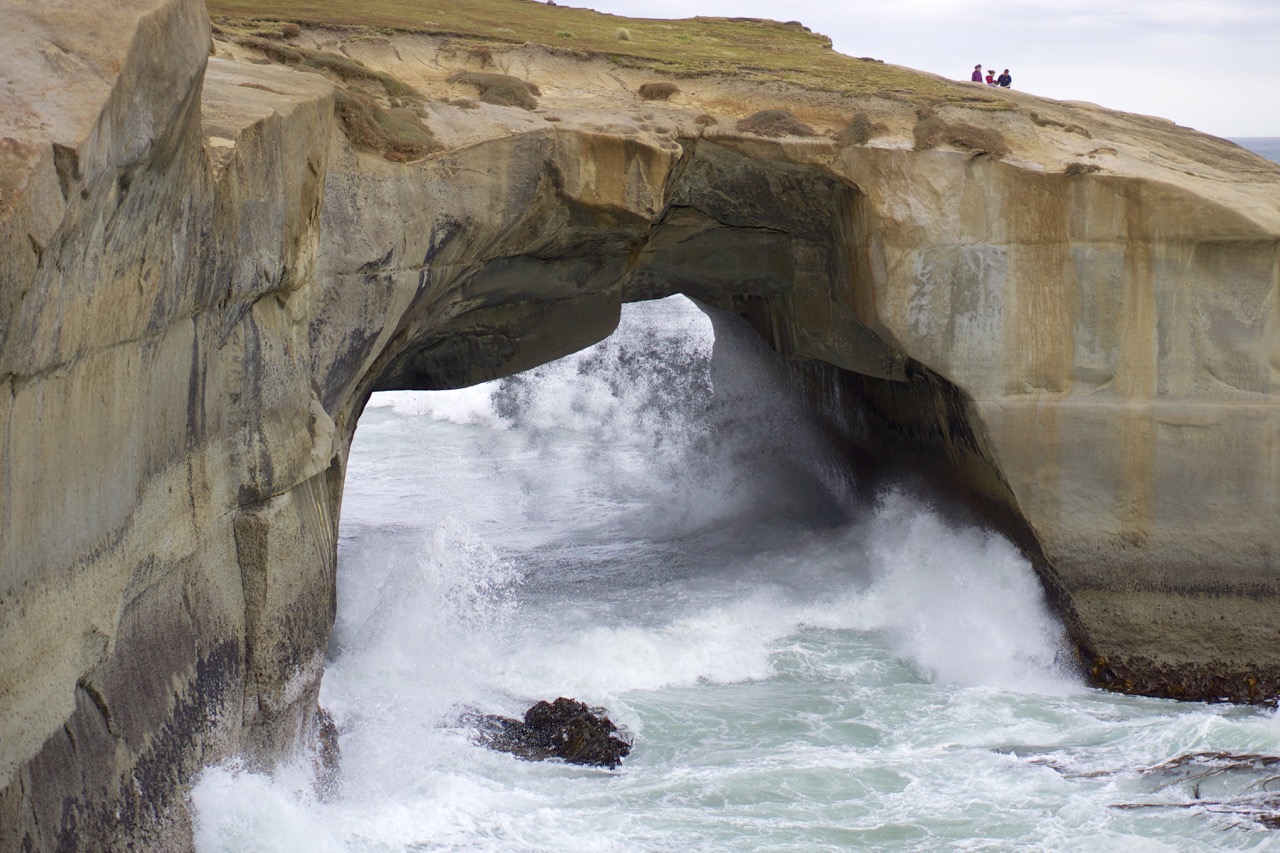 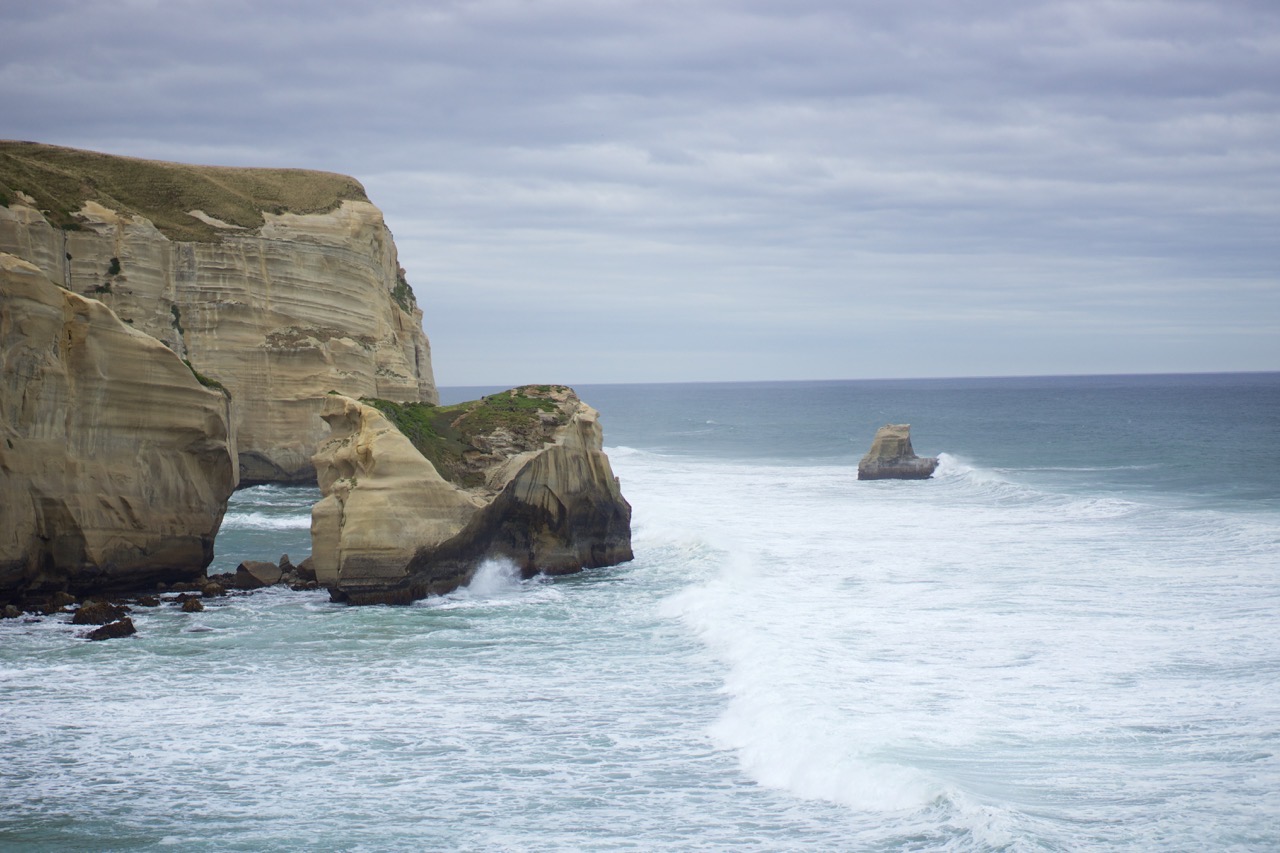 Venturing through the Catlins on our way toward our next destination was my favorite part of New Zealand. Occupying much of the southeastern coast, this national park is full of diversity yet far enough away that few other travelers venture here. Winding coastal roads provided gorgeous views of the Pacific; exploring landscapes like the Cathedral Caves had me awestruck; Curio Bay’s petrified forest was a gorgeous mix of crashing waves and fossilized wood; and a walk to Slope Point marks the furthest south I have ever stood in my life, wind blowing water against the shoreline in a place both far from everything and intensely gorgeous. What makes me more appreciative, this drive almost did not happen; we took the indirect route entirely upon the advice of locals, adding several hours to trek about the coast rather than drive straight across the island. Even Slope Point was uncertain as we missed the turnoff at first, then upon reaching the carpark had a lack of motivation to trek another 20 minutes by foot. Yet I am fortunate to have continued adventuring across unsealed gravel roads and hiking through gusty wind—this was one of those unexpected moments which I can hardly describe in words. 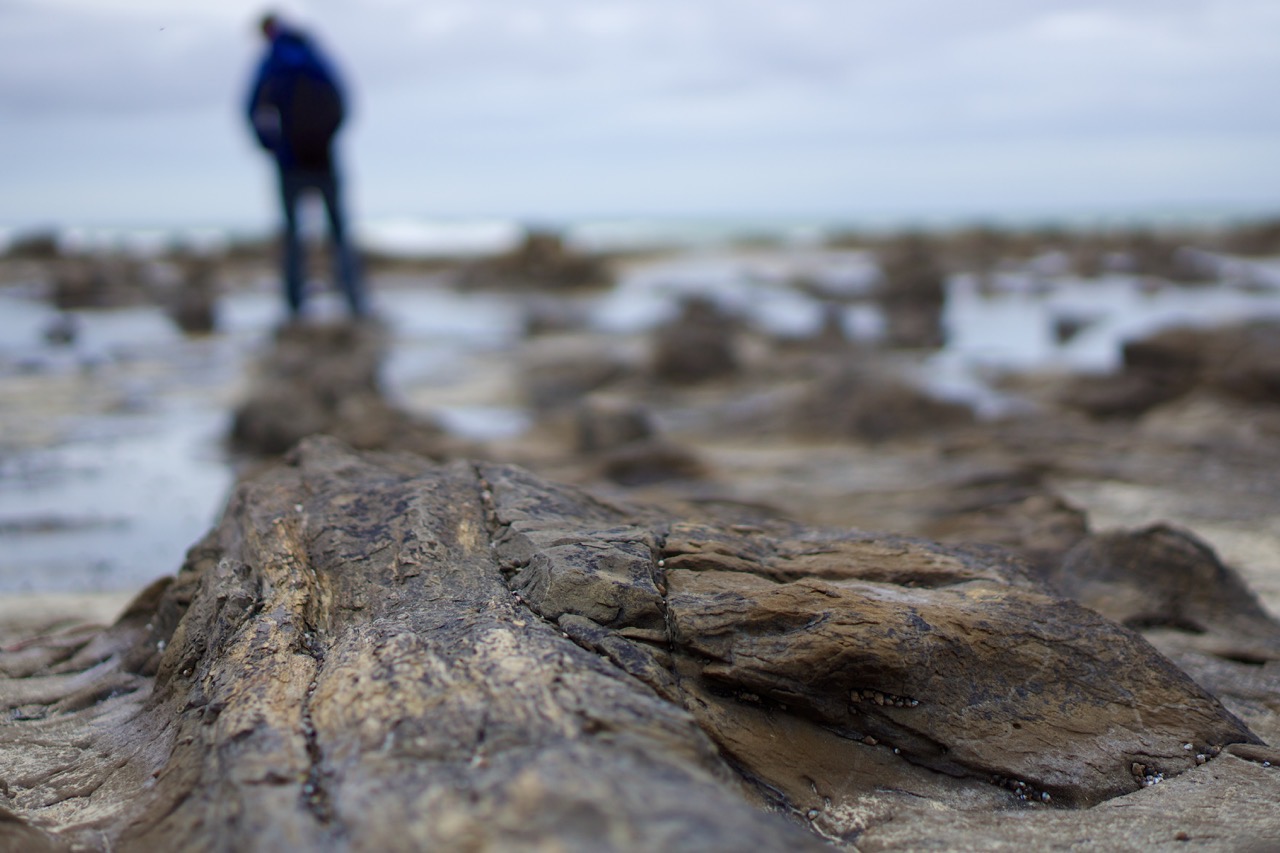 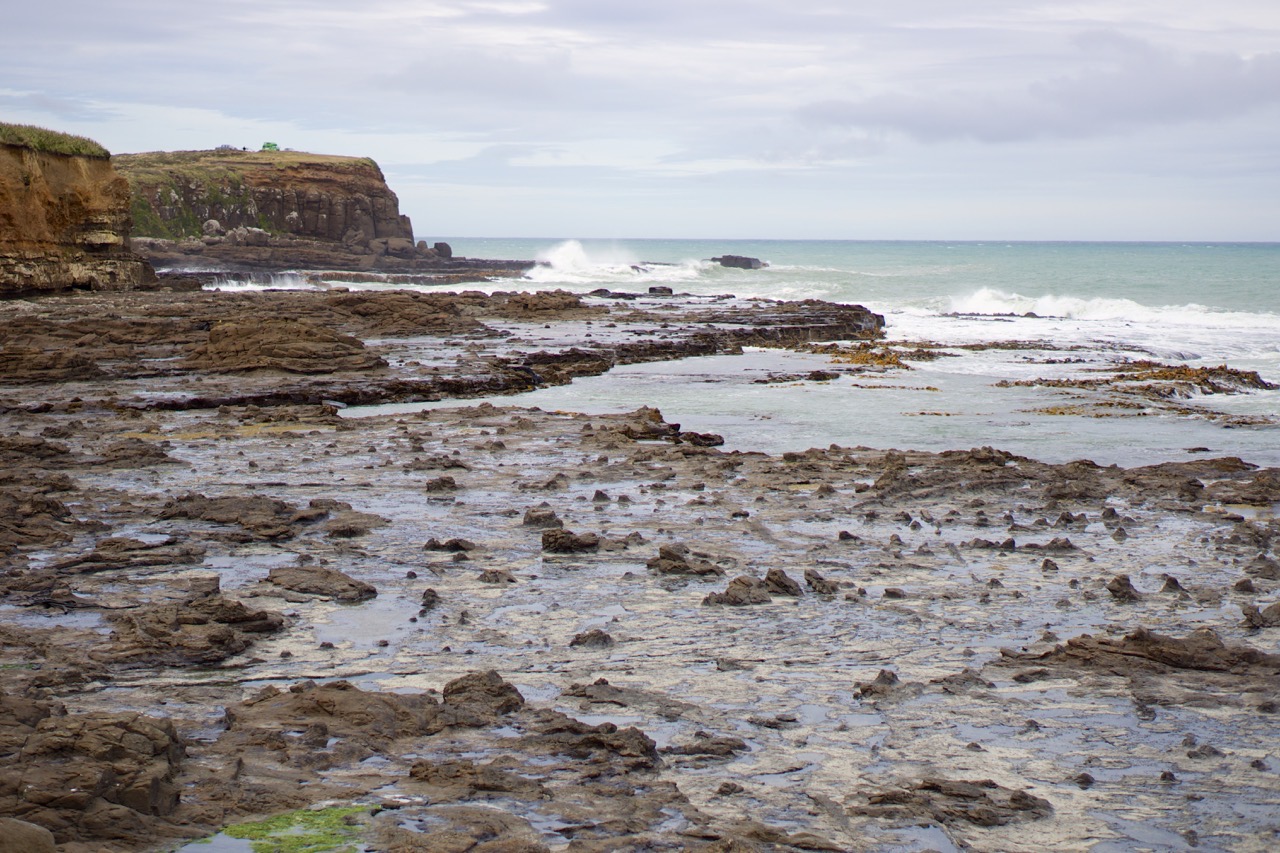 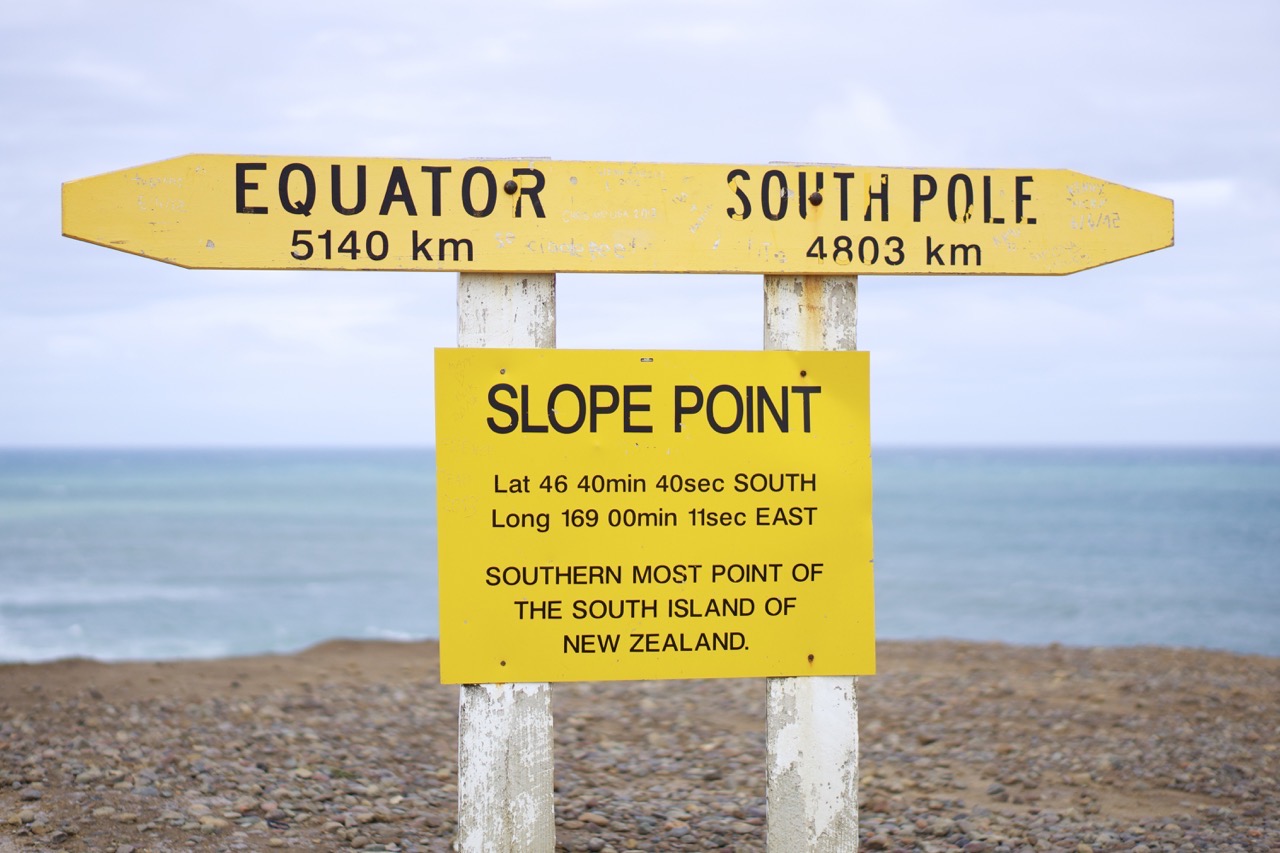 Arriving late in the evening in the lakefront town of Te Anau, we had a base for the next day’s expedition into Fiordland National Park. Some two hours drive along mountain roads, everything surrounding the car was either a reserve or a park; no villages exist along the nearly 120-kilometer road between Te Anau and Milford Sound. After a slightly harrowing descent through the Homer Tunnel—one-lane wide with more than a 10-percent grade, sporadic lights every thirty meters and water dripping from the ceiling—you find yourself in the middle of a glacial valley. The stone walls surrounding are ominous; kea birds occasionally fly overhead but no other animals exist at the altitude. Continuing downward into the valley, the road ends at sea level some few kilometers inland. Milford Sound is gorgeous. The peaks literally appear at the water’s surface and tower high above you in all directions. A few short hikes to take in the landscape and we slowly made our way back, often stopping to explore sights along the windy drive back to civilization. 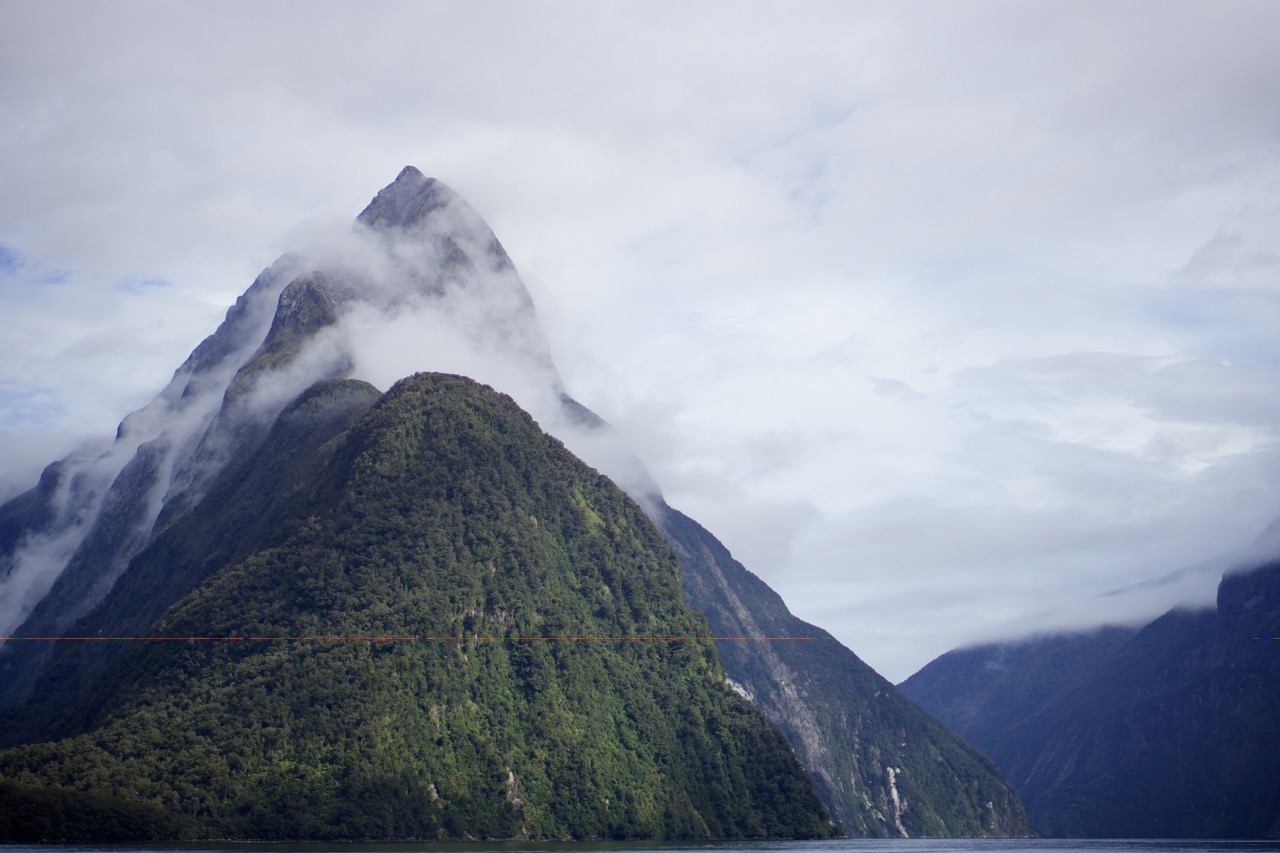 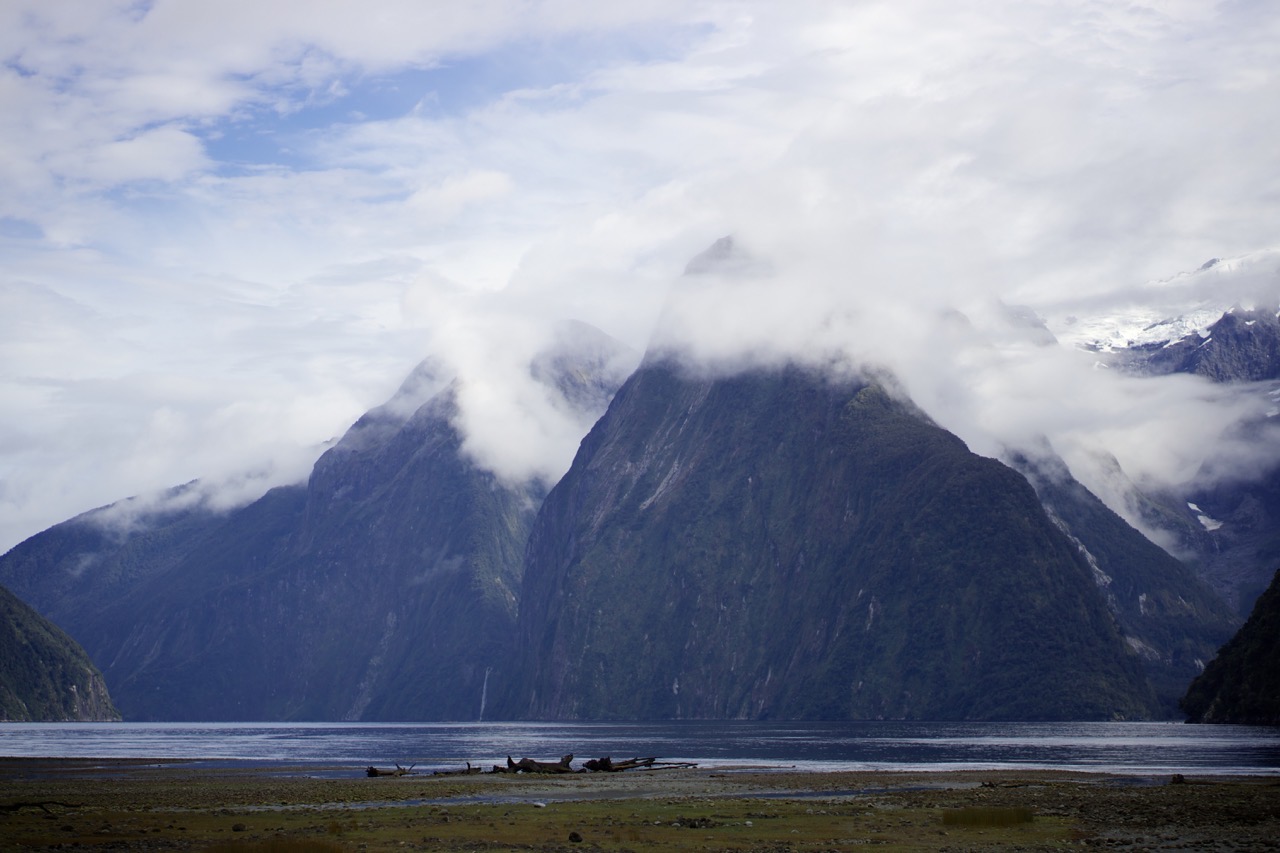 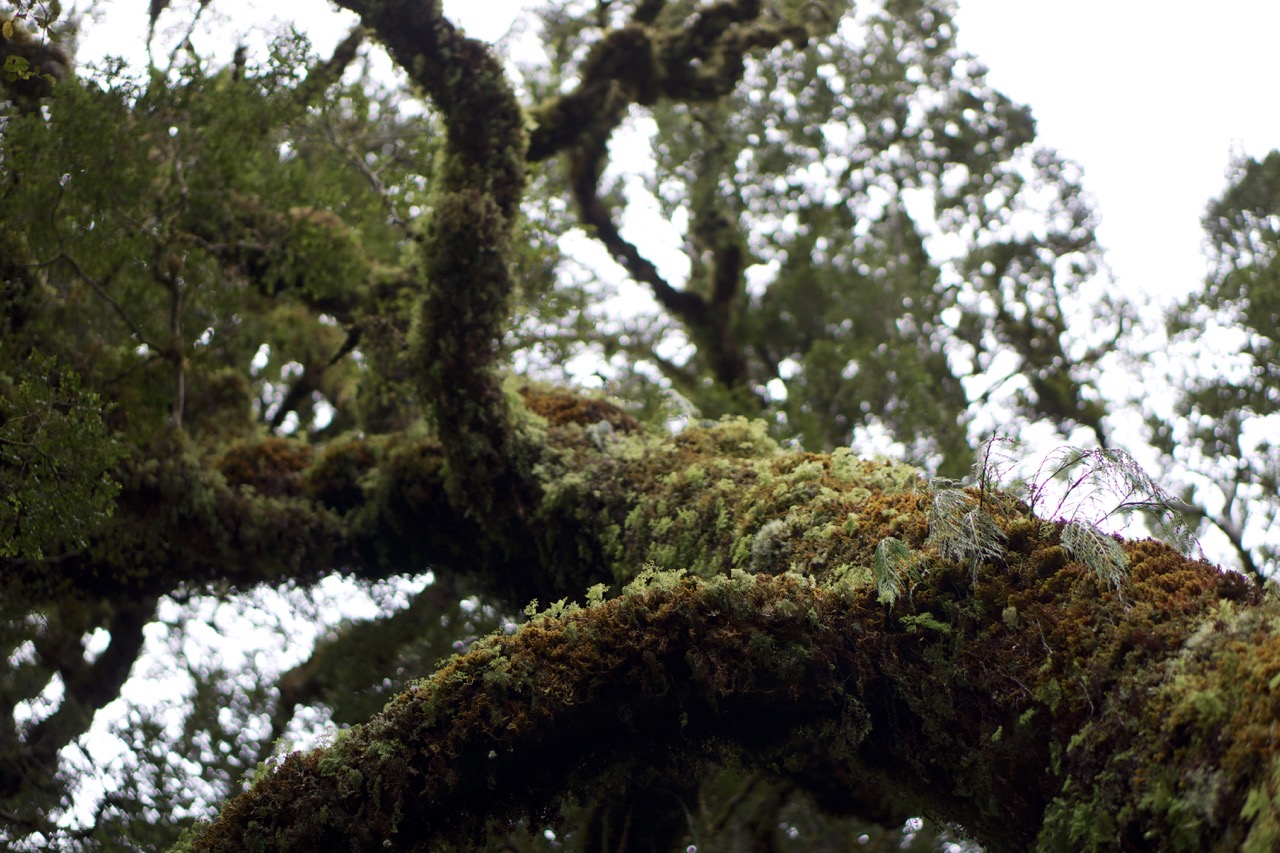 Queenstown and Wanaka were our next stops, a contrast between a resort town known for adventures and nightlife with a quiet respite from the neighboring city’s tourism. Picturesque evenings, amazing food and a plenty of activities combined for a Queenstown visit akin to a mountain vacation back home. We enjoyed views of the Remarkables, one of the local mountain ranges, along our hikes. Fellow hostel-stayers shared amusing stories. And we continued up the western coast. In Wanaka, lakeside evenings and treks filled our days but in a smaller, more intimate town. One of my favorite places down south, Wanaka is an eclectic mix of tourism and outdoor activities. A single main street stretches through town along the waterfront and everything could be found within walking distance. The small town also provided great access to Mount Aspiring National Park and our first prospects of glacial hikes. 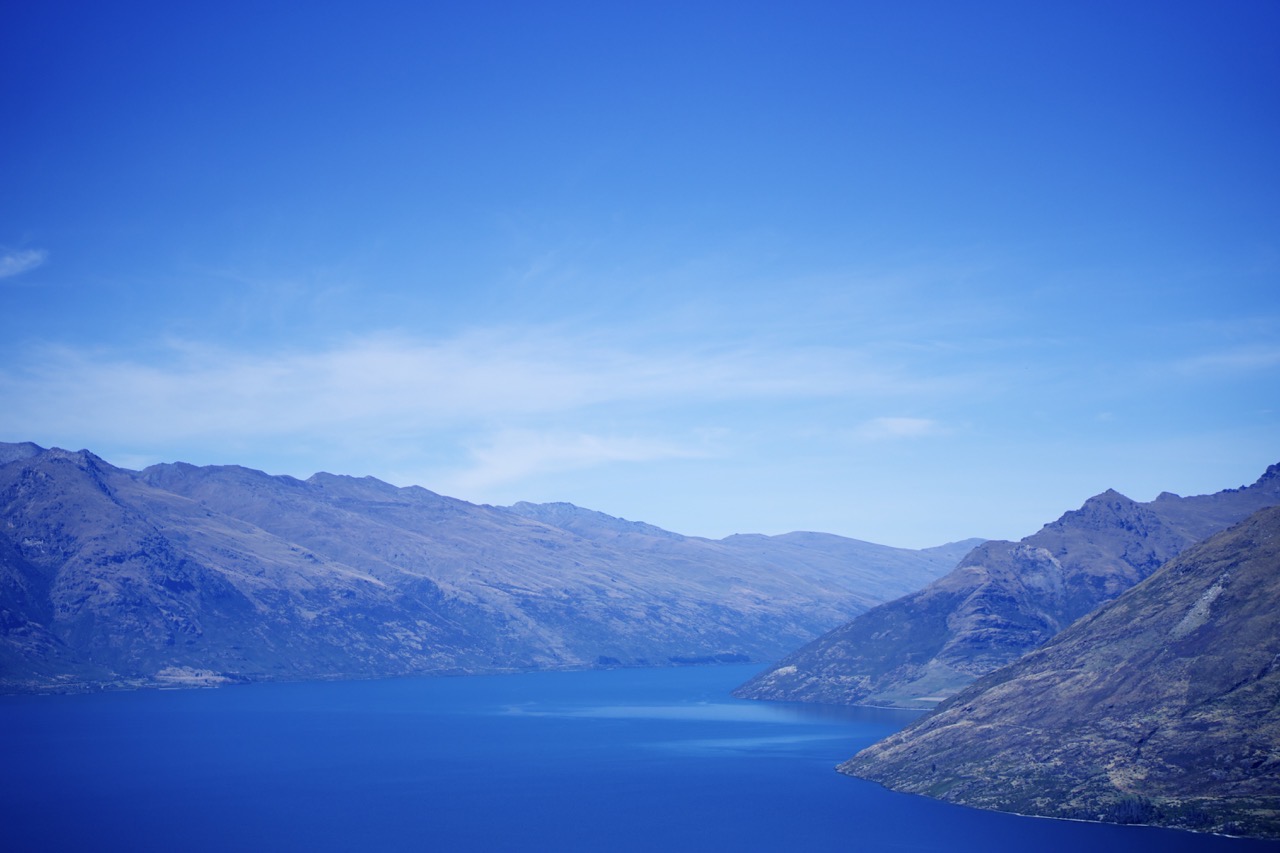 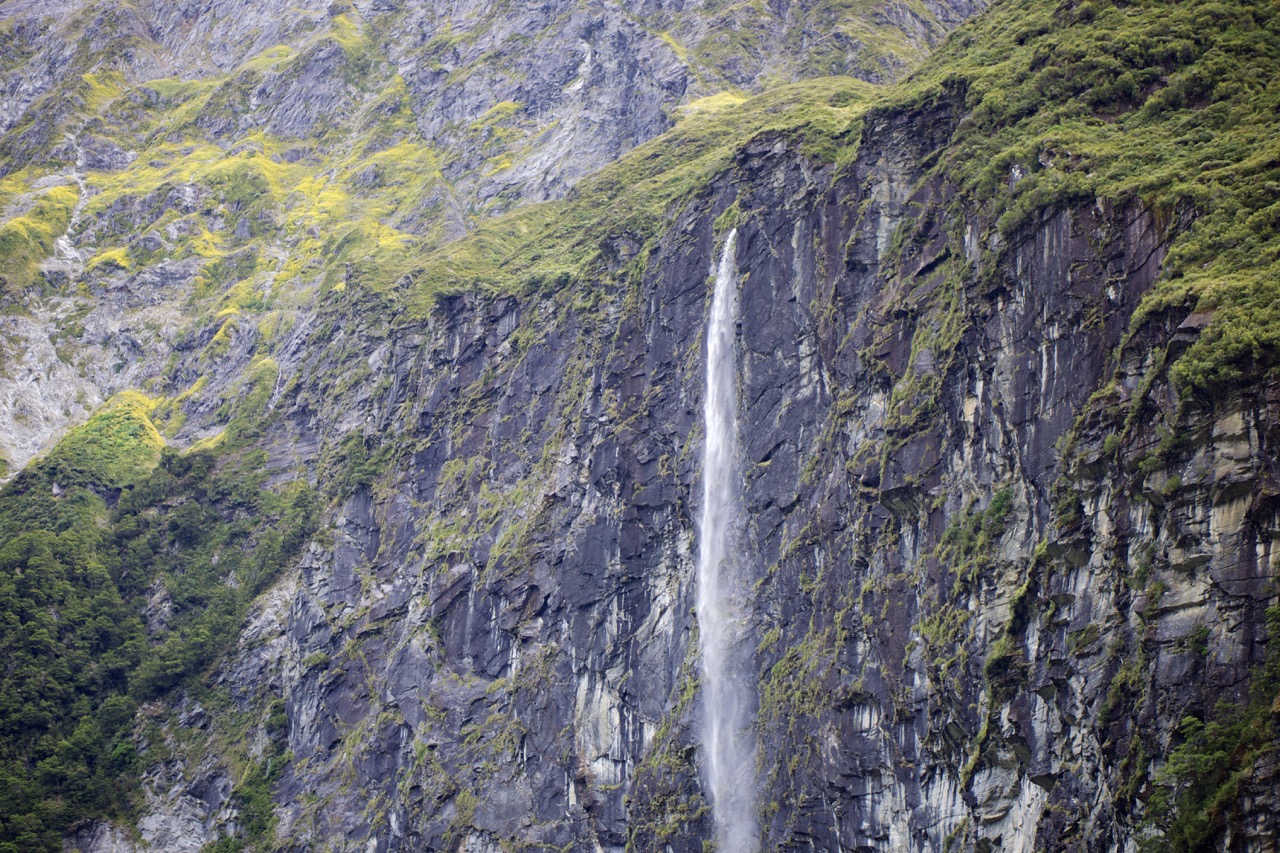 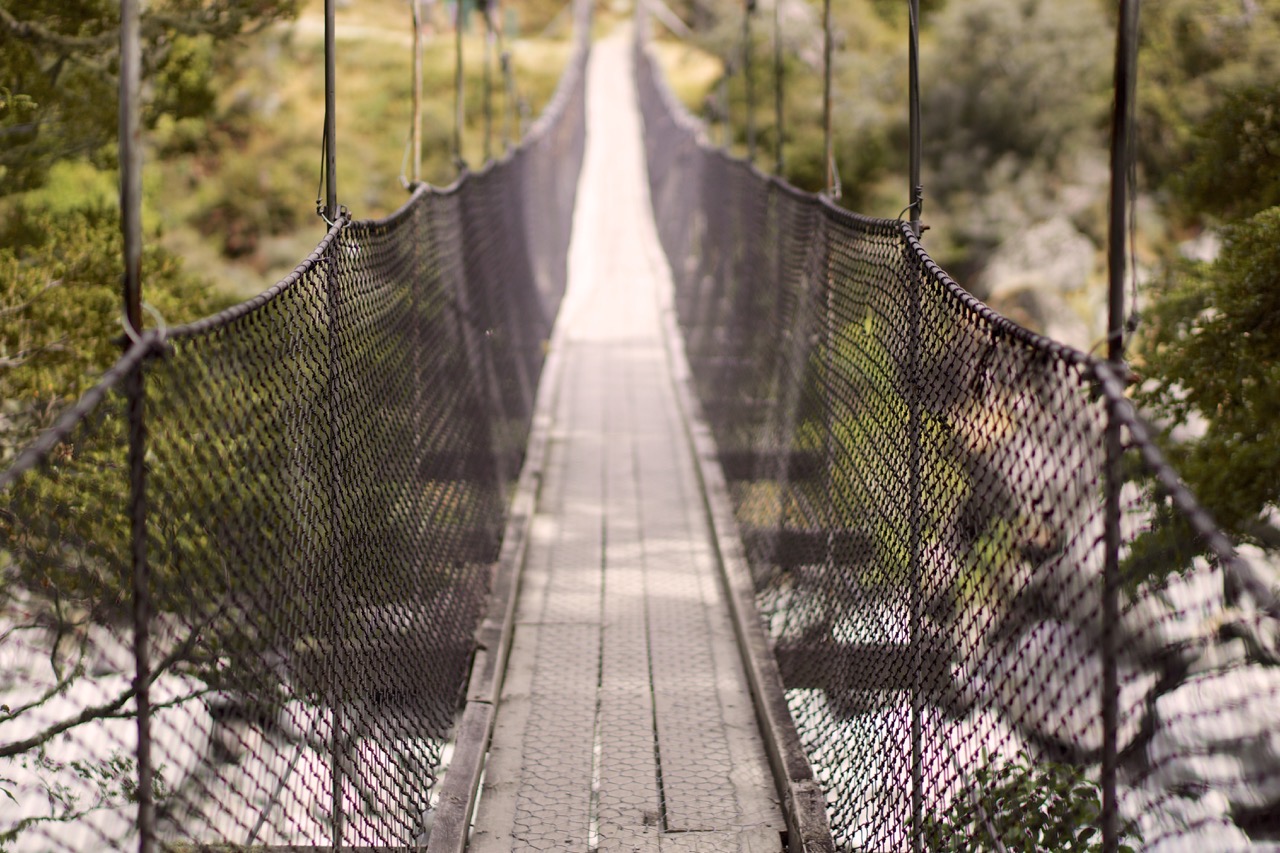 Continuing northward, Aoraki / Mount Cook village is situated below New Zealand’s tallest mountain of the same name and home to more incredible scenery. A part of the Southern Alps, the mountain’s height stretches over 3,750 meters above sea level though its base is located at sea level, a few kilometers from the western coast—towers of rock standing nearly vertical. Fog filled the valley each morning but dissipated with the midday sun. The sound of ice cracking was ever-present, a reminder that the glaciers atop each peak are alive and ever-changing. Cool, crisp glacial water flowed from the fountains at our hostel, fresh melt from the surrounding mountains. Exploring valleys carved by ice, I found myself constantly reminded how small I am. 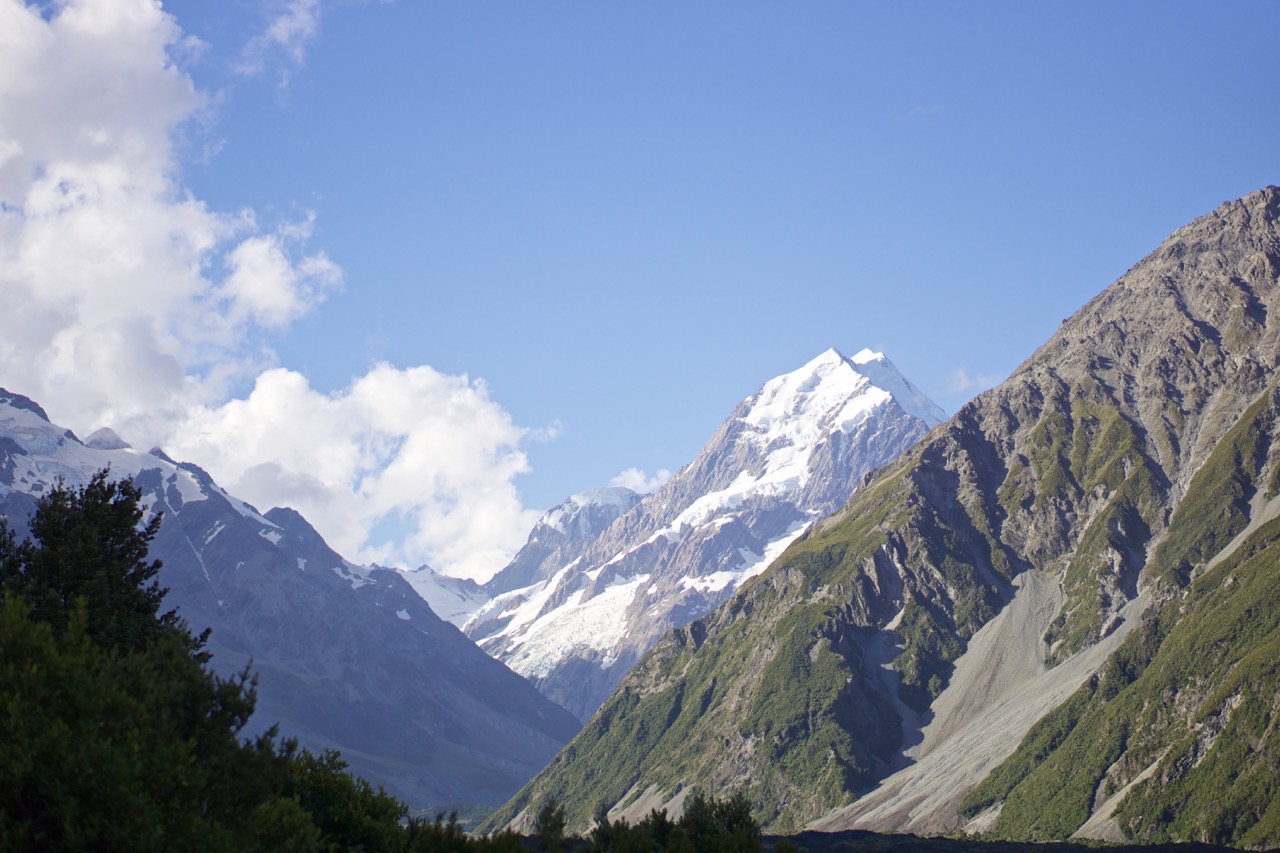 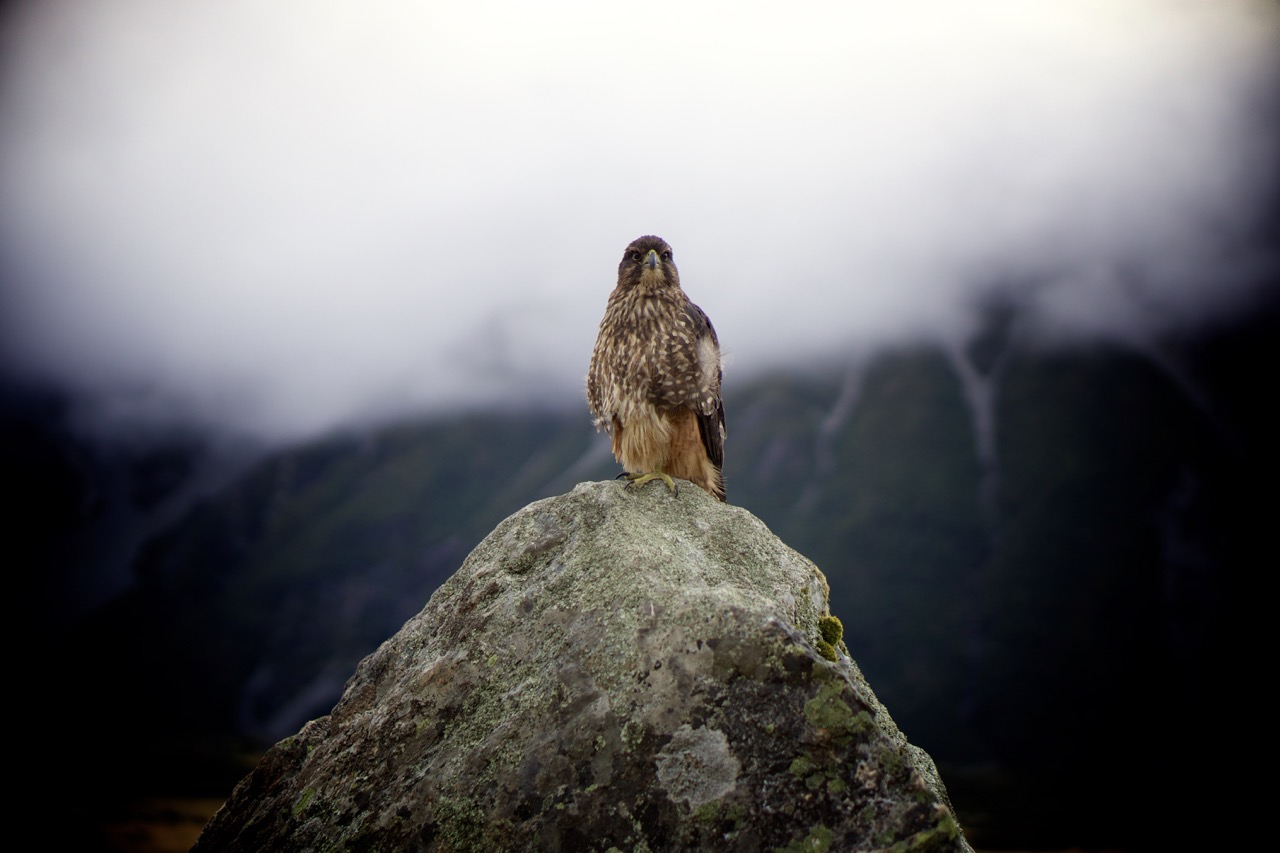 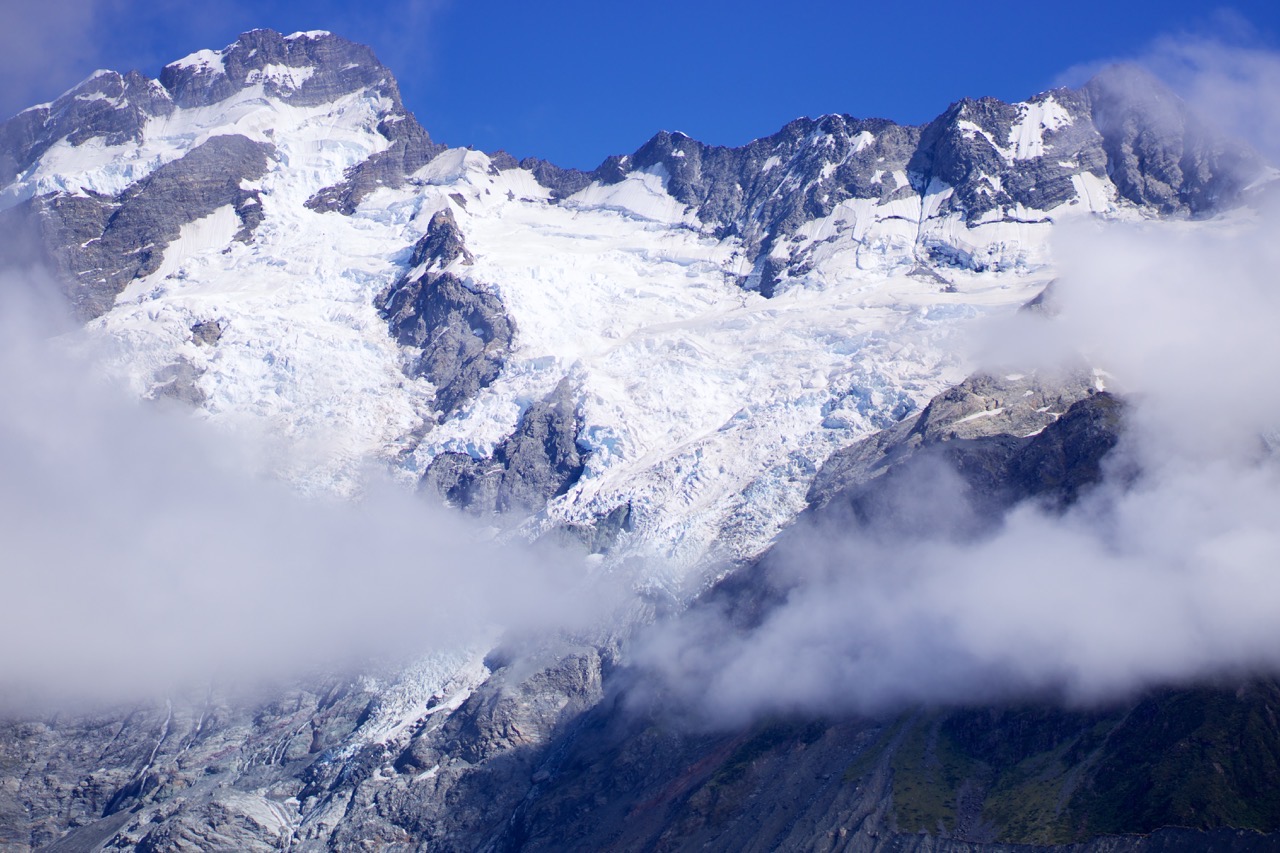 To reach the Fox Glacier and Franz Joseph Glacier, one looks upon a map to see them situated some mere kilometers away from Aoraki / Mount Cook village—literally on the other side of the mountain. Yet to reach them required some five hours by motorway, heading south through Wanaka to circumvent the range. These are active glaciers, large in size and flowing at extraordinary rates. Their accumulation zones lie high in the Southern Alps collecting immense amounts of snow enabling both to flow downward into the rain forests below, nearly reaching the coast. Beyond glaciers, not much else exists in the small towns supporting the tourists, save for fellow travelers and good stories. Simply wander about outside and one quickly realizes the immensity and scale of these ice age relics. 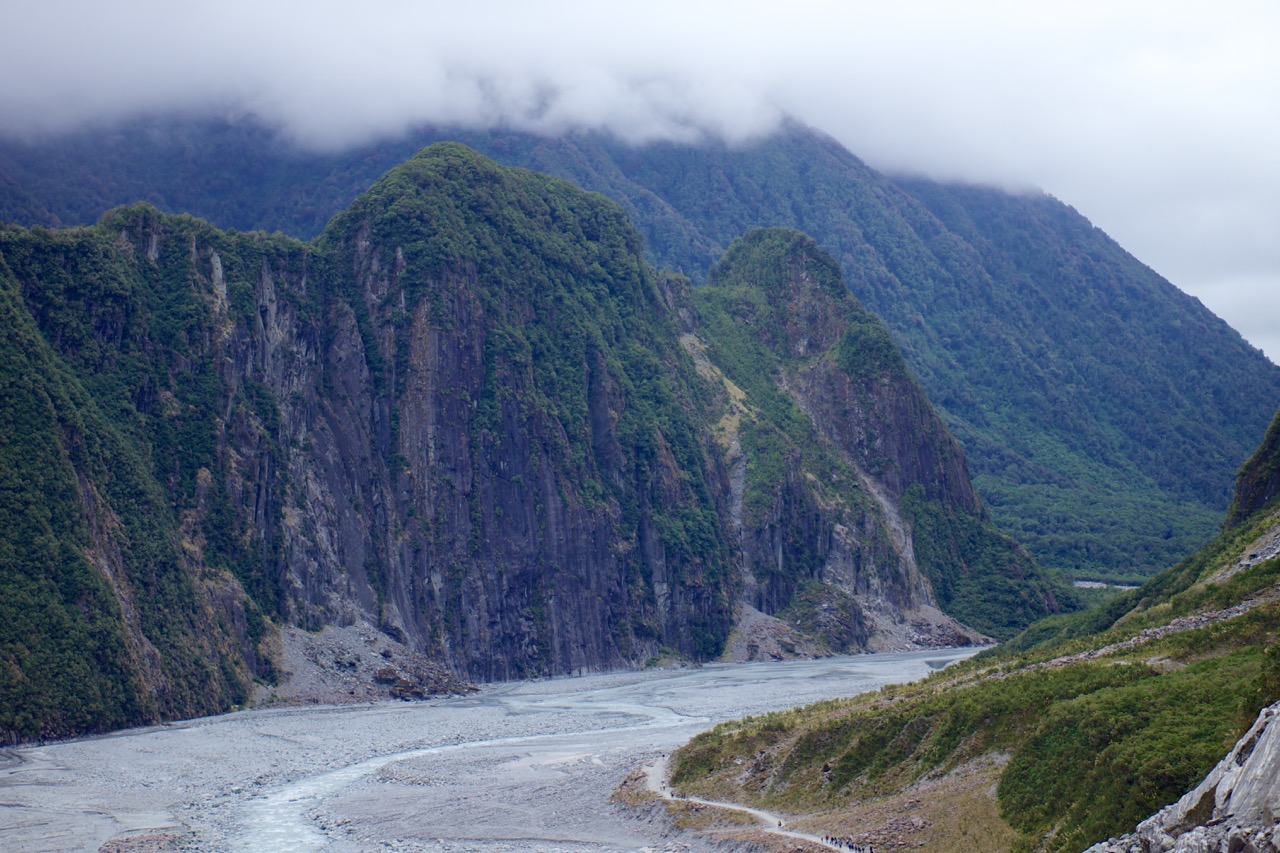 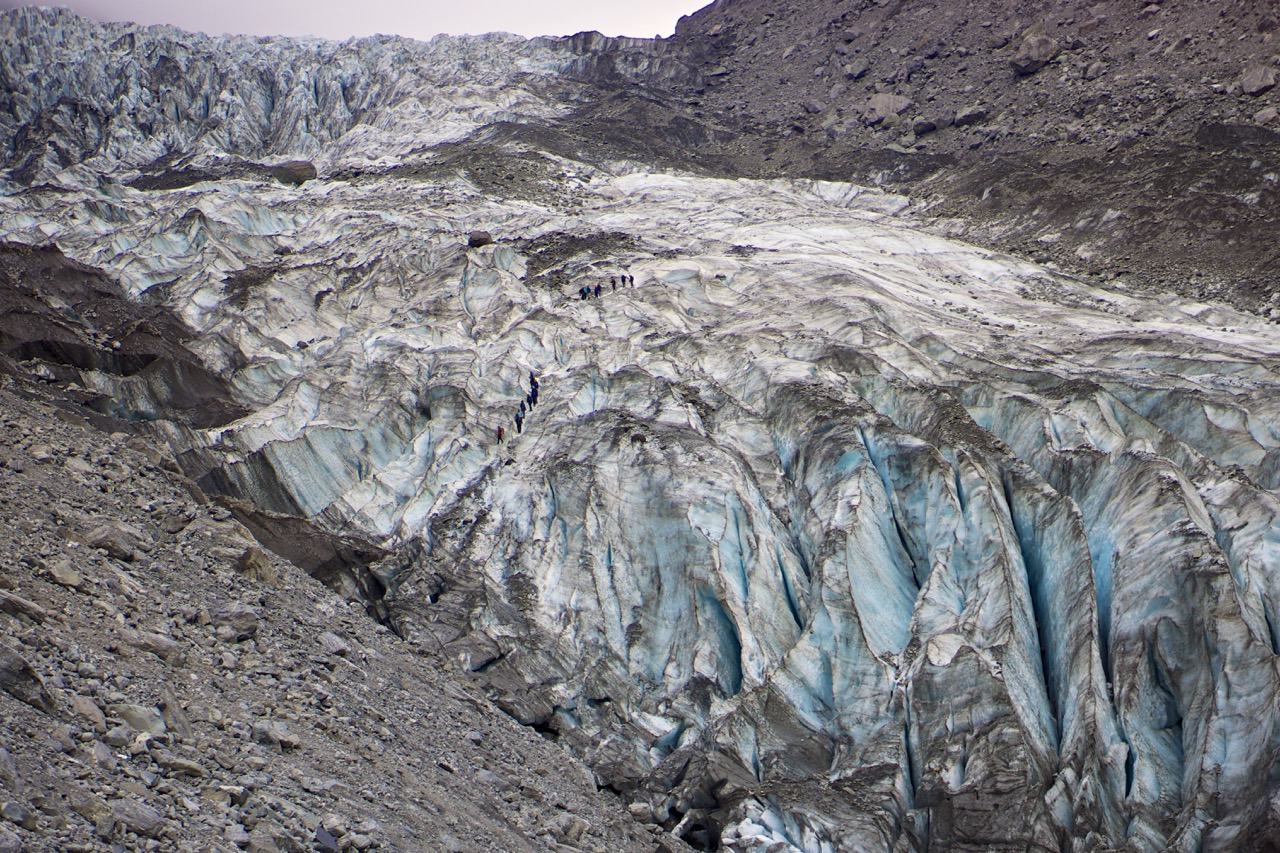 As we neared completion of the our rental, we headed toward Arthur’s Pass. A side tour to Greymouth broke-up the drive and allowed us to enjoy a tap room visit to Monteith’s Brewing Company, one of my new favorites from the past few weeks in the country. Midday we arrived in a small, barely-a-town hamlet with two restaurants, a single general store and the country’s oldest hostel. Named for one of New Zealand’s earliest explorers, this collection of buildings lay along the road which connects the west coast with the east; yet it is far away from anything in either direction. With neither lights nor clouds around us, we had chance to view the southern sky unobstructed, dark mountain silhouettes serving as backdrop to stars shining bright, enchanting and far away. Maybe fitting that this night we met still more travelers and shared stories, our journey in the south coming near its end.

Returning to Christchurch meant the end of our motor adventure and an international flight fast-approaching. In full honesty, the North Island left me relatively indifferent; I found some great experiences in Napier and Wellington though nothing truly captivated. But the South Island was different. I fell in love with the landscapes, their beauty and vast wildernesses, the people and genuine kindness. Buying a ticket to depart New Zealand made sense when all I had to judge was the North Island; and though I know further adventures await wherever I find myself, I was saddened to leave Aotearoa.

Already thinking about my next trek to New Zealand, I realize how fast the world is changing. The morning we left Aoraki / Mount Cook we made a trek to the Tasman Glacier. Arriving at the lookout, we learned a large piece of the glacier had only a short time before broken away and was now drifting in the lake below; alone and quiet, we stood watching as a Department of Conservation (DOC) boat motored across the lake, becoming smaller and smaller until it was a mere speck in the distance alongside a mountain of floating ice. I find myself without the words to describe the tremendous changes I have already seen with my own eyes. And if I should find myself in New Zealand again, I very much hope to embark upon a multi-day tramp (“hike”) with a stay in some of the DOC’s huts; the resources which exist in New Zealand’s high country are impressive, providing the means for any skill level to truly get away and explore the wild. It truly is a lovely, pristine South Pacific landscape.